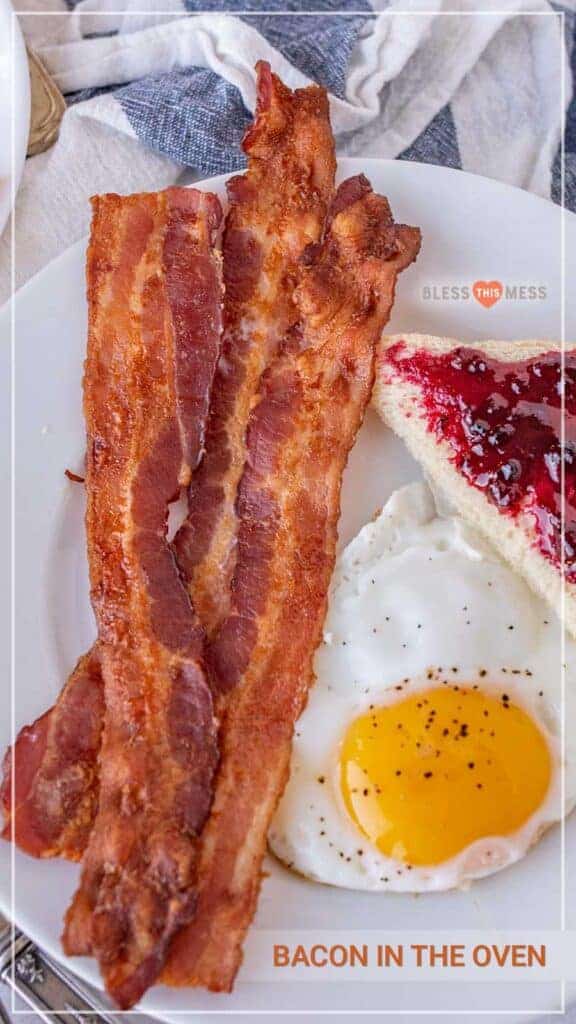 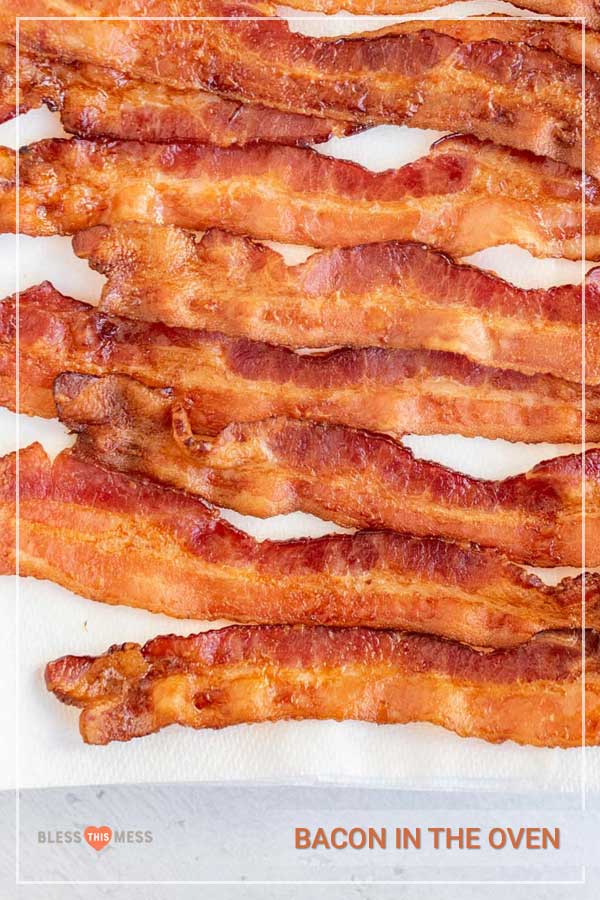 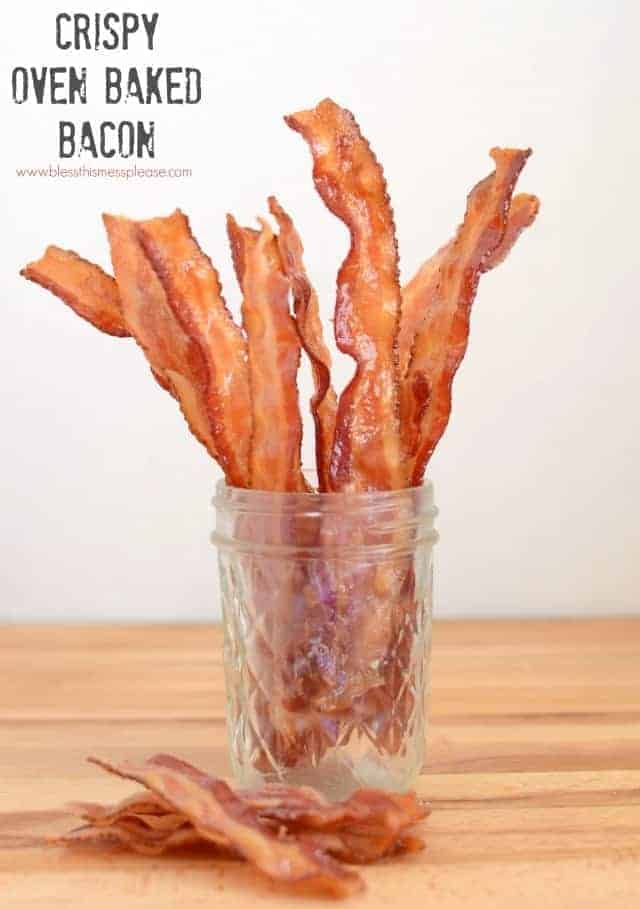 Baking bacon in the oven is the simplest way to make a large or small amount of crispy bacon -- with minimal cleanup! This easy bacon recipe comes out perfect every time.

Anyone can make perfect bacon every time with this easy-to-follow oven recipe!

How to Make Bacon in the Oven

My mom is a traditional stove-top bacon fryer, and that's all that I really knew. But a few years ago my grandpa mentioned that he would bake large quantities of bacon in the oven to serve to his men's group at church. That was honestly the first time I had ever heard about oven-baked bacon.

When I was in high school, I worked at an amazing little deli called The Big Cheese. Every Saturday for years, I fried up 30 to 40 pounds of bacon to prep it for the rest of the week. I would come home and just smell so strongly of bacon I had to shower immediately. After years of this, I started to hate bacon, especially the smell.

I stopped eating bacon at around 16 and didn't look back. After I got married and started cooking more for a family instead of just myself, bacon slowly made a reappearance. Enough time had passed that I didn't totally hate it anymore. And when I learned about oven-baking it, I was totally in! It requires little to no effort, you don't get splattered with hot grease, it's easy to clean up, and the smell is not quite so in-your-face when you are done.

The house definitely smells delightful, and all of the babies come to see what I'm cooking, but it doesn't linger forever or make your clothes stink because you were standing over the pan. And you will LOVE how easy it is to get evenly crispy pieces, and it literally takes out all of the work of cooking bacon. I could've used this hack in high school!

Is it better to bake or fry bacon?

If you ask me, baking! It's so much easier than the conventional frying method, and makes for such a swifter cleanup.

What is the least messy way to cook bacon?

Is it better to cook bacon fast or slow?

Slower is actually better because it will keep it from seizing up totally. Instead of frying it over high heat, I prefer to bake it at 400 degrees F. for about 20 minutes.

What is the healthiest bacon?

If you want a healthier cut of bacon, look for bacon that's thinly sliced with minimal fat. However, bacon is just a fatty meat, so there will always be some fat on it. For a lower fat option, try turkey bacon (which you can make in the oven using this same method). That being said, turkey bacon is more processed than normal bacon so take it for what it is... if you are going to eat bacon. Eat it, enjoy it, and live your live 🙂

How to make bacon in the oven:

Baking bacon in the oven is the simplest way to make a large or small amount of crispy bacon -- with minimal cleanup! This easy bacon recipe comes out perfect every time.

Another great break recipe you might want with your bacon is easy sausage gravy and biscuits. Such a treat!

My favorite bacon recipes include these:

Oven baked bacon is the perfect method to cook bacon quickly and with minimal mess just to eat or to prep it for a recipe.