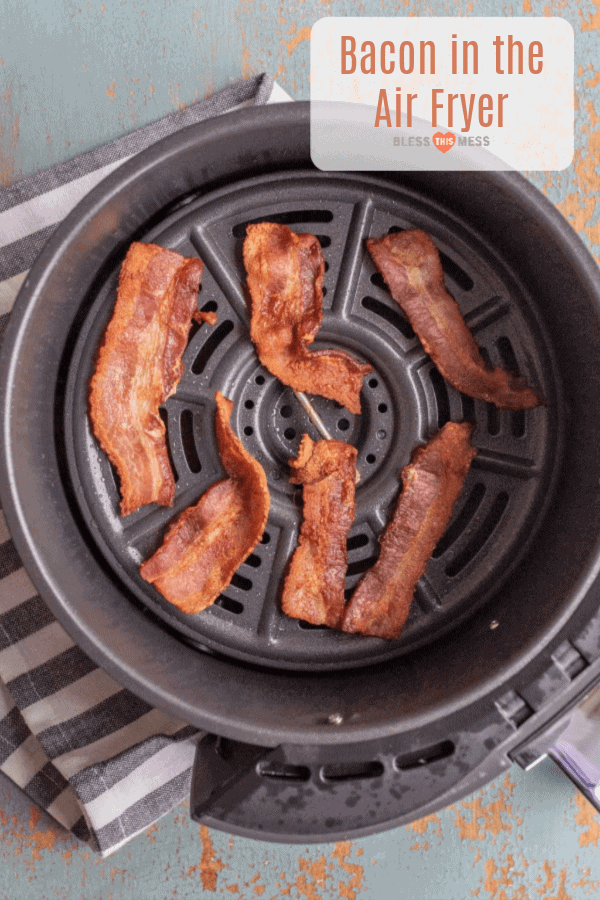 Simple directions on how to make bacon in the air fryer which is very quick, less messy than traditional frying, and super crispy.

I'm a huge fan of baking bacon in the oven because you can make a large quantity at once, there's much less mess compared to frying it on the stove, and it's a pop-it-in-and-forget it kind of thing. That being said, it takes a little longer than traditional frying.

When I want a small amount of bacon quickly, though, I have started frying my bacon in the air fryer, and it is awesome. The air fryer cooks the bacon up really quickly and nice and crisp. It also it much less messy than frying it on the stove top. And I've found that air fryers are really easy to wipe or rinse clean and move on. I love air frying bacon.

I feel like that comes down to preferences and needs really. I looked at one that was rated #1 but it cost over $300. I didn't want to pay that much for a new appliance so I went with the Ninja 4 quart air fryer that was "Amazon's Choice" when it came to my air fryer search. I love it. The only thing I would do differently next time is get a larger capacity. I have a big family and the 4-quart just isn't quite big enough. I'm pleasantly surprised at how much I use the air fryer and I'm really glad I got one. It cooks things quickly, it's easy to use, and everything comes out super crispy. I'll never bake tater tots in the oven again - air fryer all the way!

Tips for cooking bacon in the air fryer: 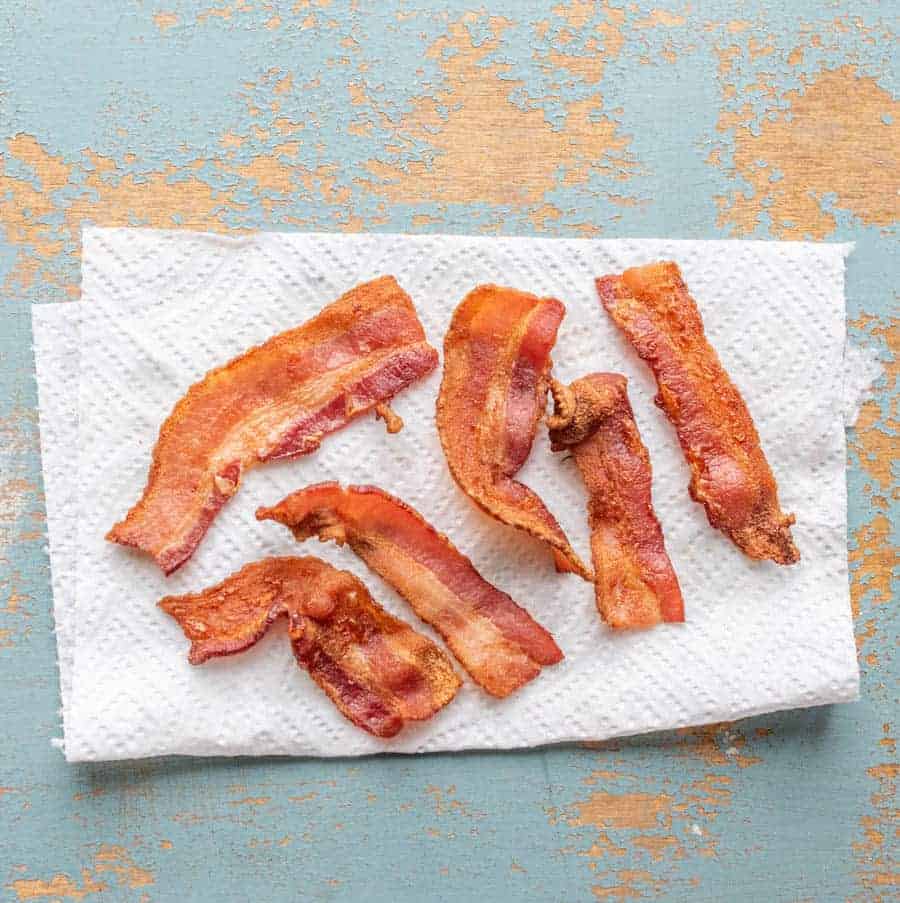 Simple directions on how to make bacon in the air fryer which is very quick, less messy than traditional frying, and super crispy. 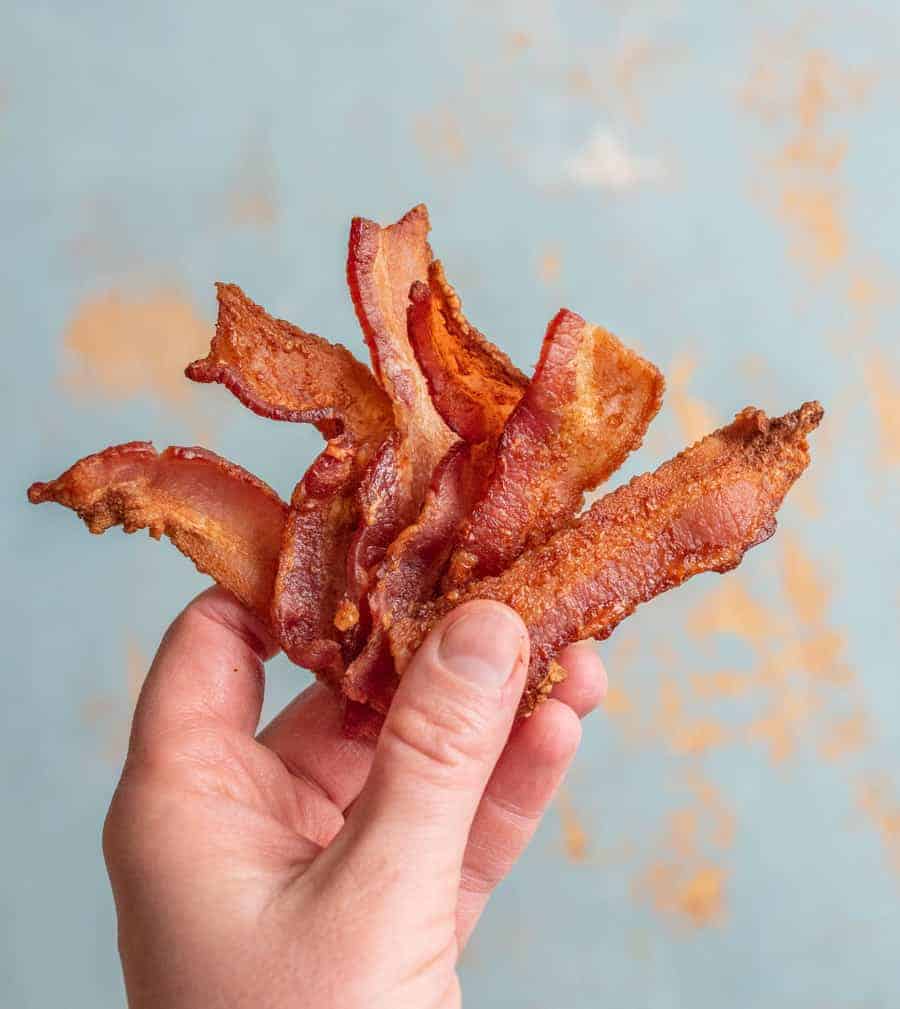 Not only does the air fryer lessen the mess, it makes the most uniformly crispy bacon I've ever had. No burnt ends and soft ends. The whole thing is cooked to crispy bacon perfection.