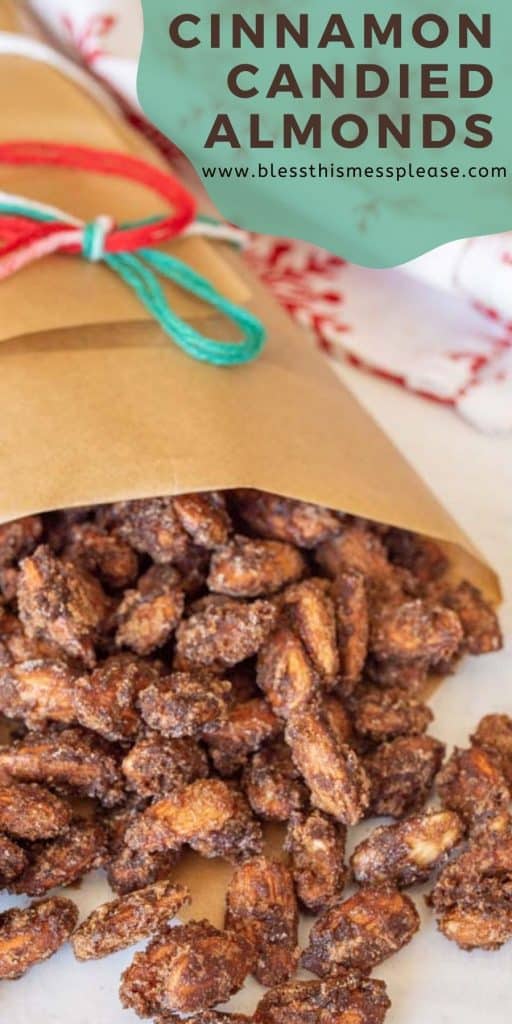 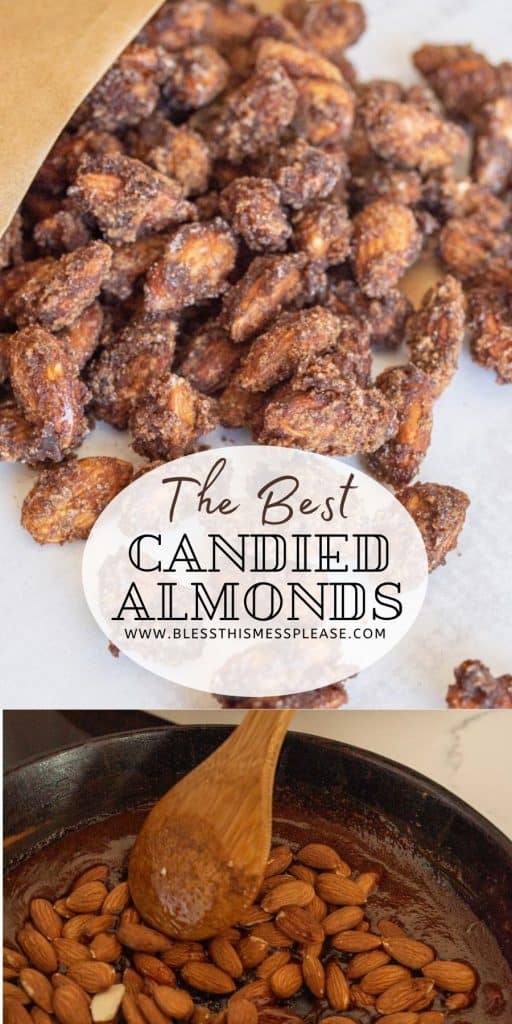 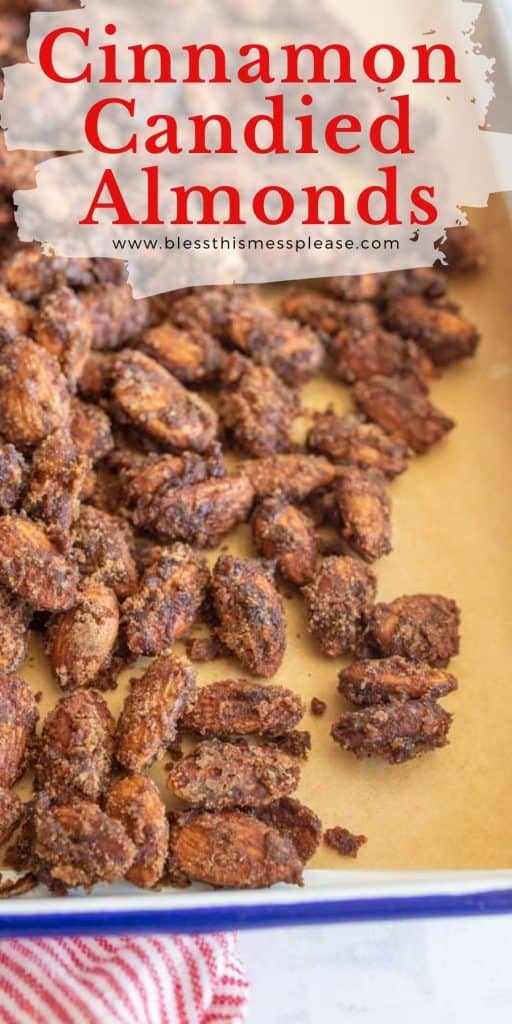 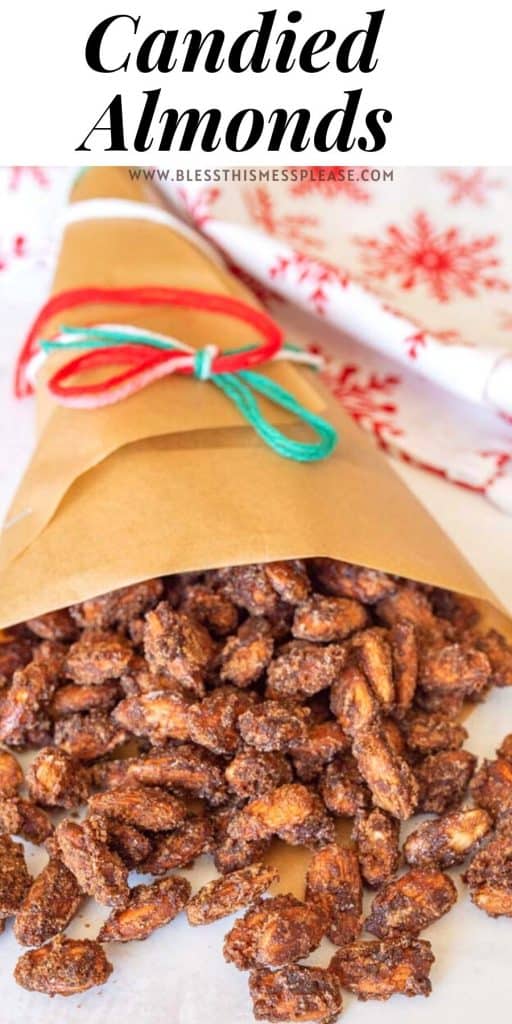 These homemade cinnamon almonds are even better than the ones you can get in mall or at your local fair for a fraction of the cost. They taste and smell heavenly too.

Cinnamon almonds are so versatile. They can be used as a salad topper, given as gifts in cute packaging, or eaten as a delicious snack.

Cinnamon almonds are incredibly easy to make. They have a bit of a crunchy coating on the outside and are so addicting. They also freeze well so you can make a large batch a save some for later (if there is any to save!)

Making these almonds at home is much more inexpensive than buying them at a store. Plus, your house is going to smell so incredible.

What type of almond do I use when making cinnamon almonds?

For any candied almond you will want to use raw, unsalted almonds. Using these almonds will yield the best results when making cinnamon almonds.

How to store cinnamon almonds?

Cinnamon almonds will stay fresh when sealed in an airtight container for up to 2 weeks. They also freeze really well. Eat some and then save the rest for later.

These make a great gift too! I put them in a mason jar, screw on the lid, and tie a pretty ribbon around them. People LOVE getting these as a gift.

When eaten in large amounts, these cinnamon almonds aren’t the healthiest, but they're probably better for you than candied almonds that you can buy at the mall. Almonds are a good source of fiber, protein, and healthy fats.

How to make simple but perfectly addicting cinnamon candied almonds on the stove top with only a few simple ingredients.

Cinnamon candied almonds are easy, inexpensive, and delicious to make at home. These almonds make the perfect addition to any salad and they make a yummy treat or can be a super cute neighbor gift.