This simple recipe for how to cook a whole spaghetti squash in the slow cooker is the best set-it-and-forget-it hack -- when you can prepare a vegetable this easily, there's no reason not to cook it more often!

Spaghetti squash is a big hit in my house! Sometimes I don't want to go through the steps to to oven roast a spaghetti squash, and that's where the slow cooker comes into play. It's a set it and forget it cooking method that you can start ahead of time. It's great for busy evenings. 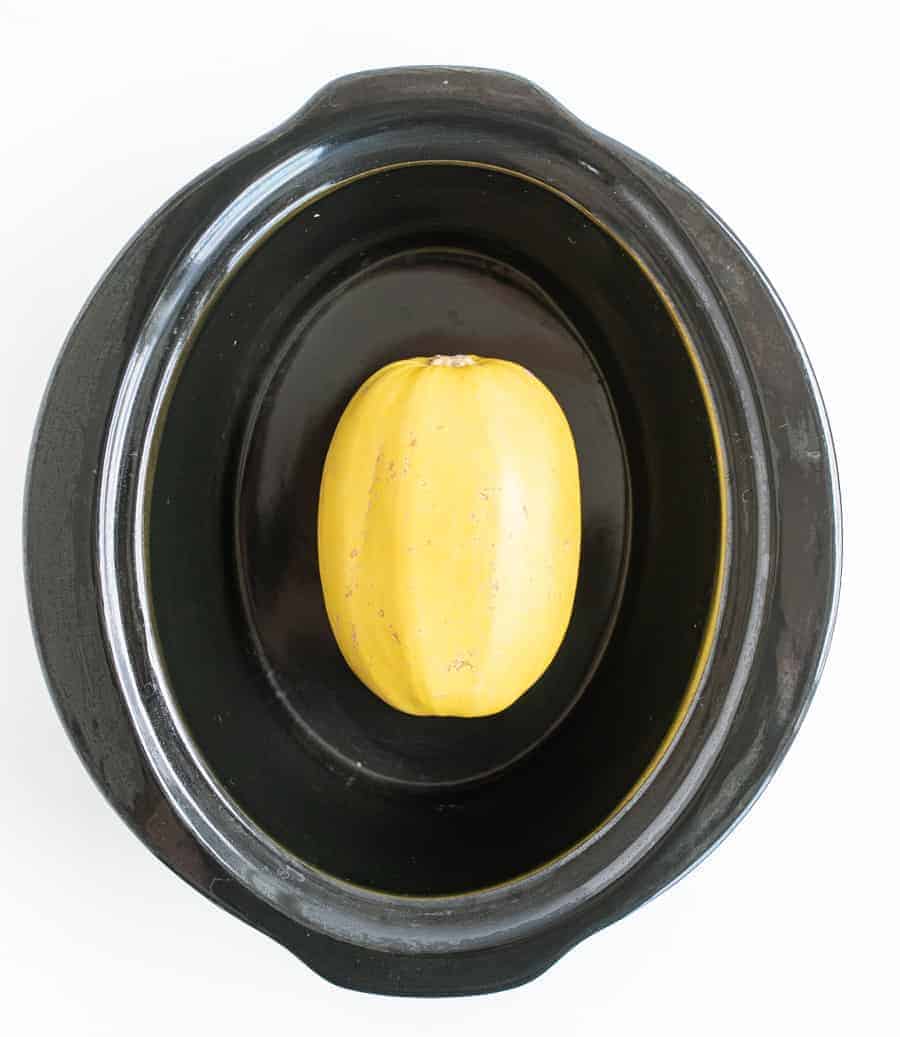 How to Cook a Whole Spaghetti Squash in the Slow Cooker

I think a lot of people assume you need to roast a spaghetti squash to get the perfect al dente consistency. Even though I love a solid roasted spaghetti squash recipe, it's not the only way to cook up these versatile vegetables. You can put these guys in a slow cooker with a cup of water and, in just a few hours, have a completely cooked spaghetti squash!

The thing I love about this hack is that it takes ALL of the effort out of cooking spaghetti squash. Y'all know what I'm talking about... When you roast this kind of squash, you have to cut it first. Whether you cut it length-wise or into rings (my preferred style), it's a tough squash to cut into, and it takes a good amount of elbow grease to get the job done.

That's why this slow cooker recipe is so glorious. You simply wash the squash and put it into the slow cooker whole with a little water. After it's done cooking, it softens enough so that you can easily cut it in half and scoop out the seeds before shredding the good stuff. Once it's prepped, just serve it up with your favorite pasta toppings! We like a red marinara sauce with meatballs or simple butter, parmesan, and salt and pepper. 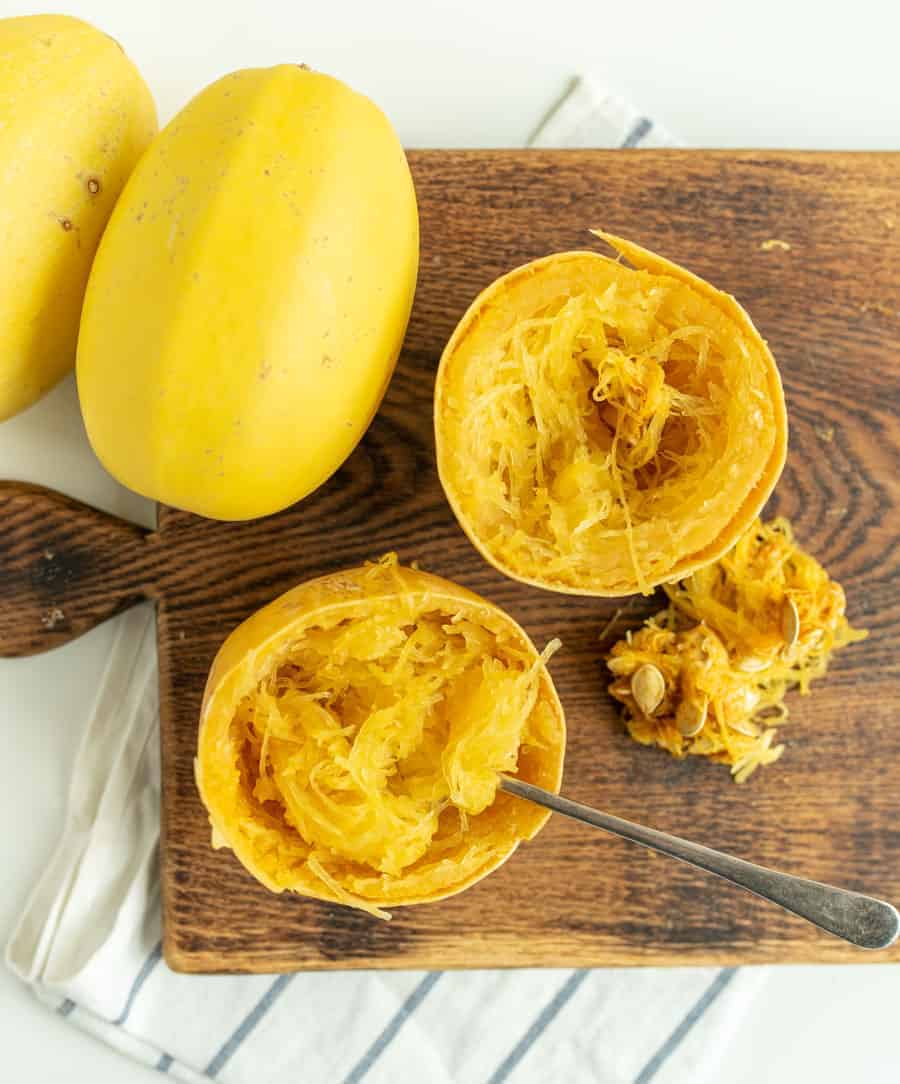 How do you cook spaghetti squash in the slow cooker?

Slow cooking spaghetti squash could NOT be more straightforward! It's truly one of the best dinner hacks ever because you just set it and forget it. First, wash your spaghetti squash, and place it in the bowl of your slow cooker. Add one cup of water, and cook on low for 4 to 5 hours or high for 3 to 4 hours. You can tell it's done when a fork easily pierces the skin. Cut it in half, scoop out the seeds with a spoon, and shred the squash meat with a fork. Discard the shell, and serve the "noodles" with your pasta toppings of choice!

Is spaghetti squash good for you?

Yes! It is incredibly nutrient-rich and packed with super-good vitamins. Spaghetti squash is an excellent source of vitamin C, fiber, manganese, and vitamin B6. It's also low in calories and packed with antioxidants. For a pasta lookalike, that's not too shabby!

How long does slow cooker spaghetti squash last for?

Cooked spaghetti squash stores well in an airtight container in the refrigerator for up to 3 to 4 days. 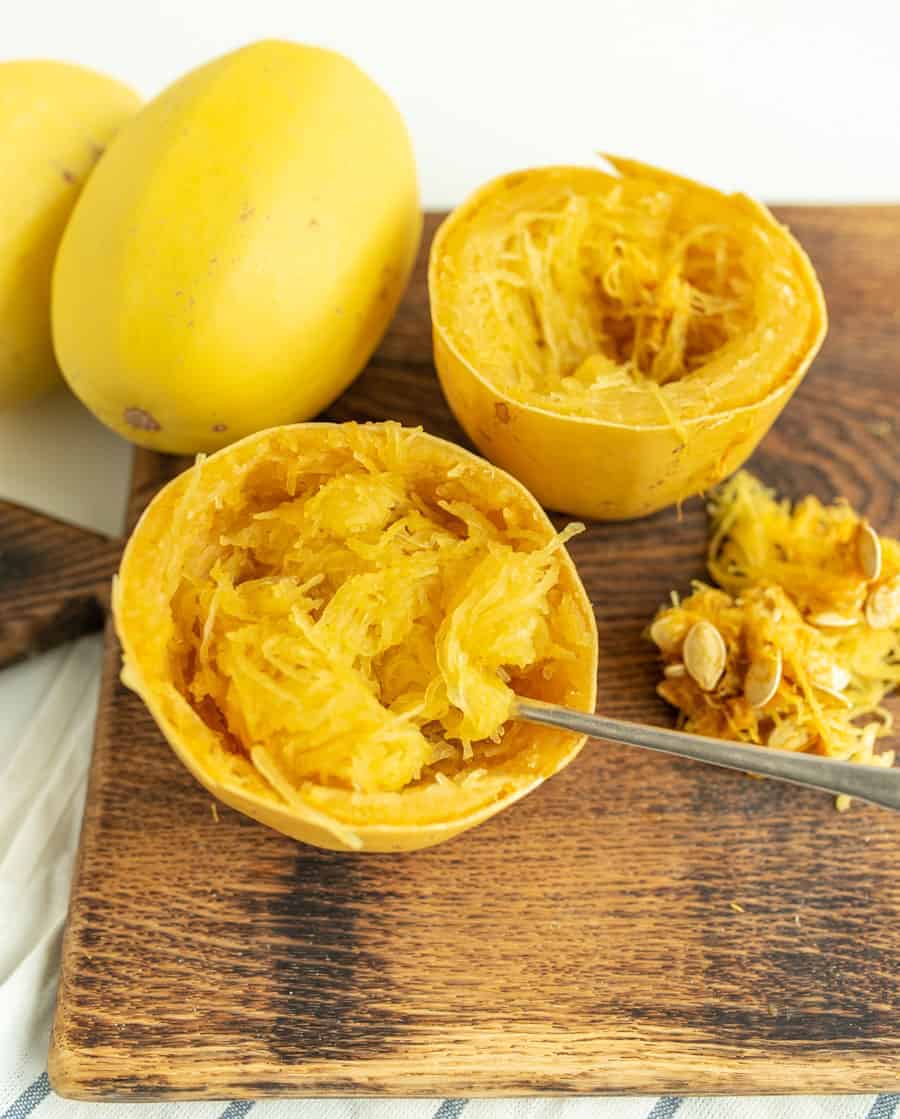 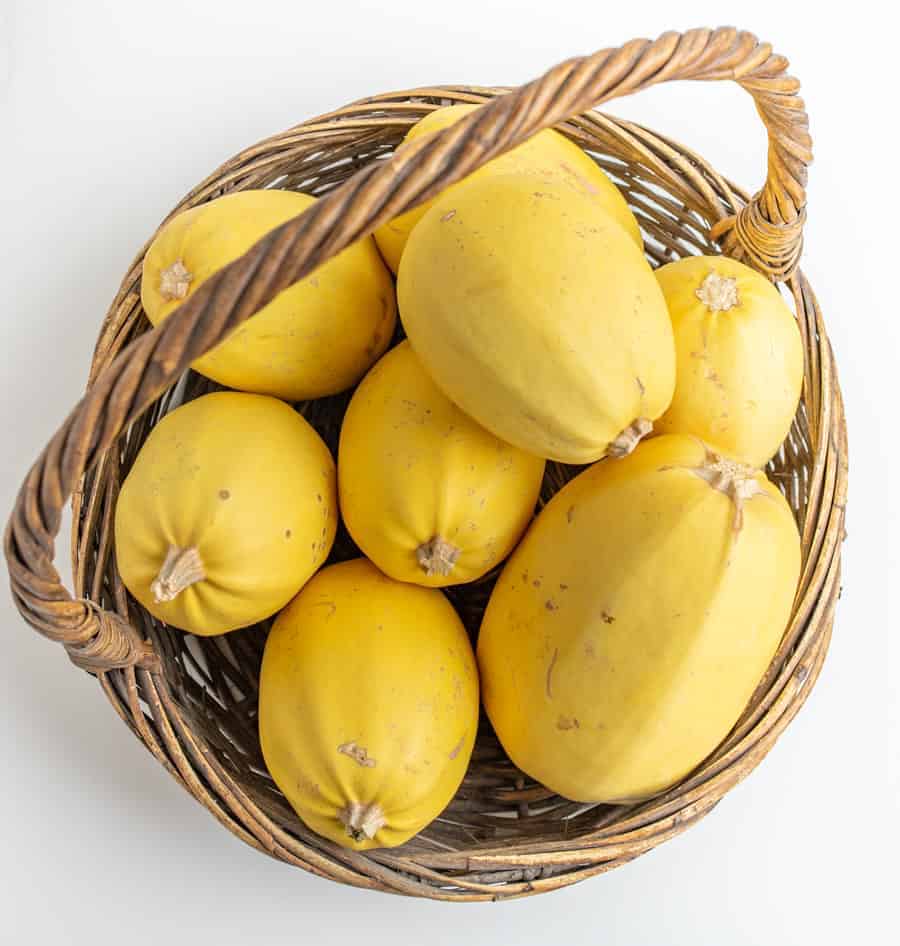 This simple recipe for how to cook a whole spaghetti squash in the slow cooker is the best set-it-and-forget-it hack -- you'll never go back to roasted spaghetti squash!

You're going to be amazed by this simple guide for how to cook spaghetti squash in the slow cooker. It simplifies the whole process and minimizes your work!