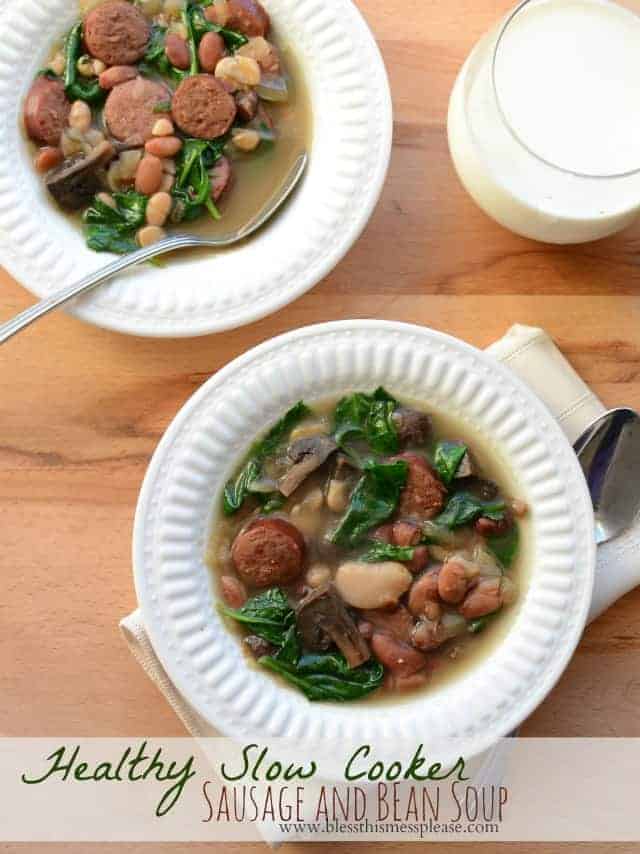 Healthy Slow Cooker Bean and Sausage Soup with Spinach is a mouthful to say and a mouthful of flavor- mushrooms, beans, Italian sausage, and Spinach to liven up the dinner table and fill you up. Plus it is made in the slow cooker, so you don't have to worry about it all day. 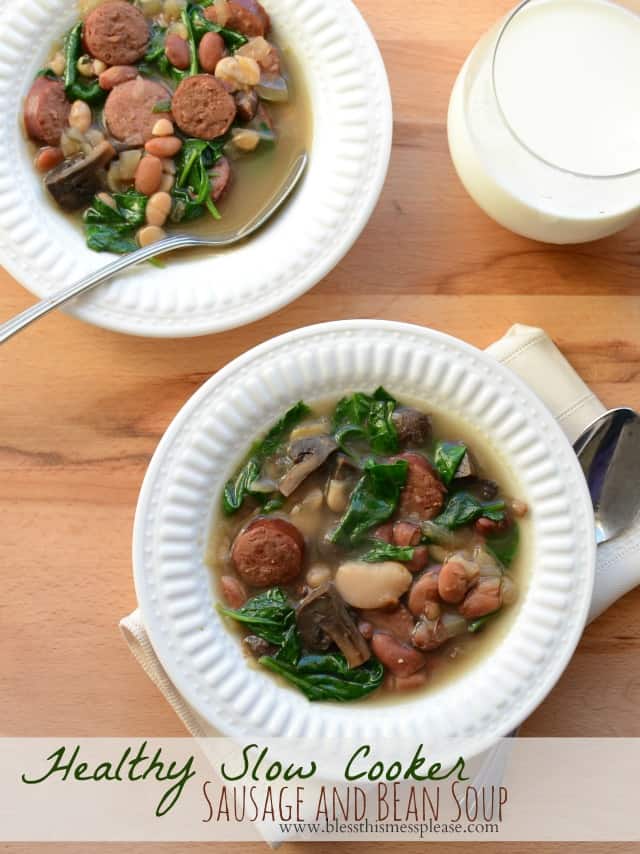 Healthy Slow Cooker Bean and Sausage Soup with Spinach is something to get excited about this fine Monday morning! Between the beans and the spinach, I'm sure it has a lot of iron and other vitamins and minerals. I love this soup! I loved that the recipe called for dried beans. Just give them a rinse and sort through them quickly to pick out anything odd (you'll be shocked at how often you find little rocks in dried beans...), and toss them in. Everything ends up tasting like brothy sausage heaven in the end and the spinach gives it a light fresh pop. It was so good! The kids were a bit critical of the soup, but serve it with a side of crusty bread (my favorite no-knead recipe), and everyone will be happy. Plus it's healthy. What's not to love? 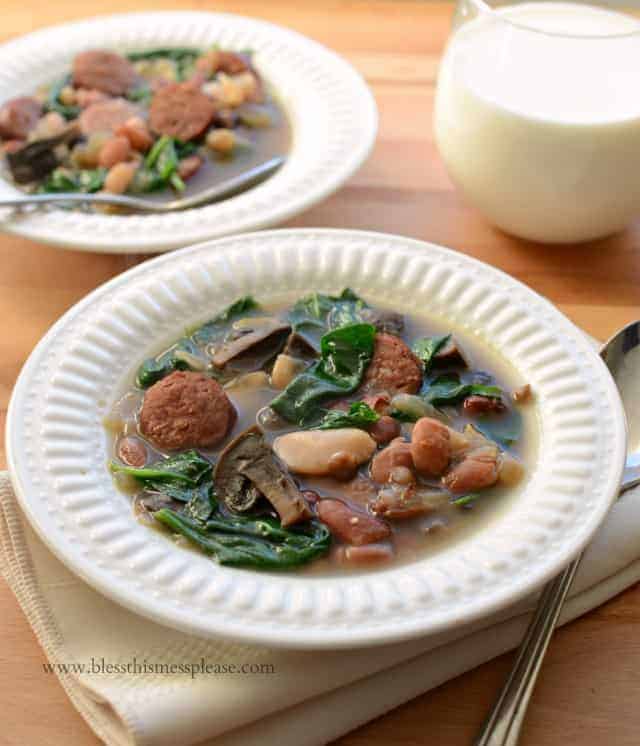 How could I thicken up the chicken broth for a thicker soup?

A great way to easily thicken a soup is to add a slurry of flour and water and let the soup cook some more to thicken. Since slow cooker recipes take a little longer, add it at least 3o minutes before the soup is done so it has time to thicken up.

What can I serve with this soup?

I love serving breads with soups, including cornbread, because they are great for dipping! Other options include salads, steamed veggies, stuffing, baked potatoes, oven roasted potatoes and/or veggies, and more!

Healthy Slow Cooker Bean and Sausage Soup with Spinach is a mouthful to say and a mouthful of flavor- mushrooms, beans, Italian sausage, and Spinach to liven up the dinner table and fill you up. Plus it is made in the slow cooker, so you don't have to worry about it all day.

A 4 to 7 quart slow cooker is the best size for this recipe. 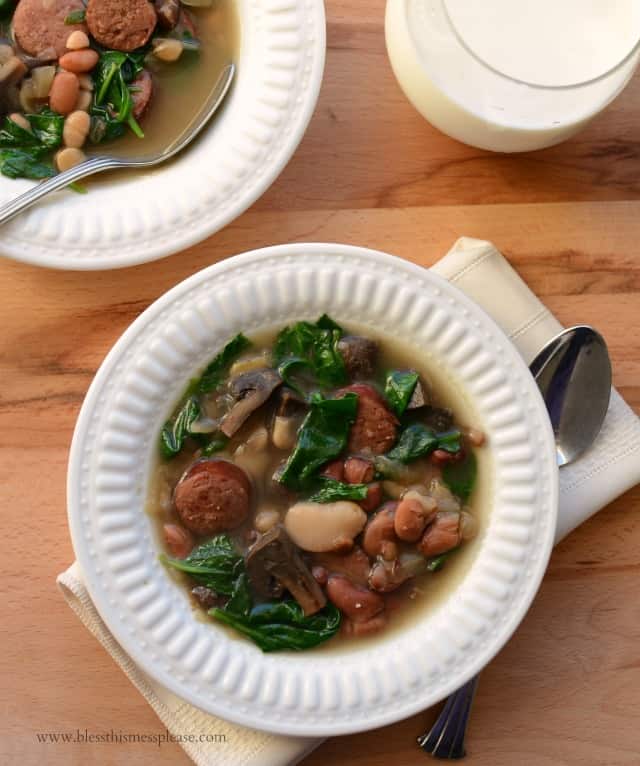 This post was originally published in 2015 and has been updated in September 2019.

This Healthy Slow Cooker Sausage and Bean Soup with Spinach is an easy recipe to put in the slow cooker and make a delicious meal for later, with crisp spinach and sausage to add pops of flavor that you and your body will love.