To me, there's absolutely no reason to buy pre-made pizza dough with a recipe THIS easy to make at home (and I think you might just agree after trying it)! Here are a few other favorite pizza dough recipes that my family and I love: Perfect Pepperoni Pizza Sticks, Homemade Supreme Pizza, and Easy Homemade Pizza Dough Recipe. 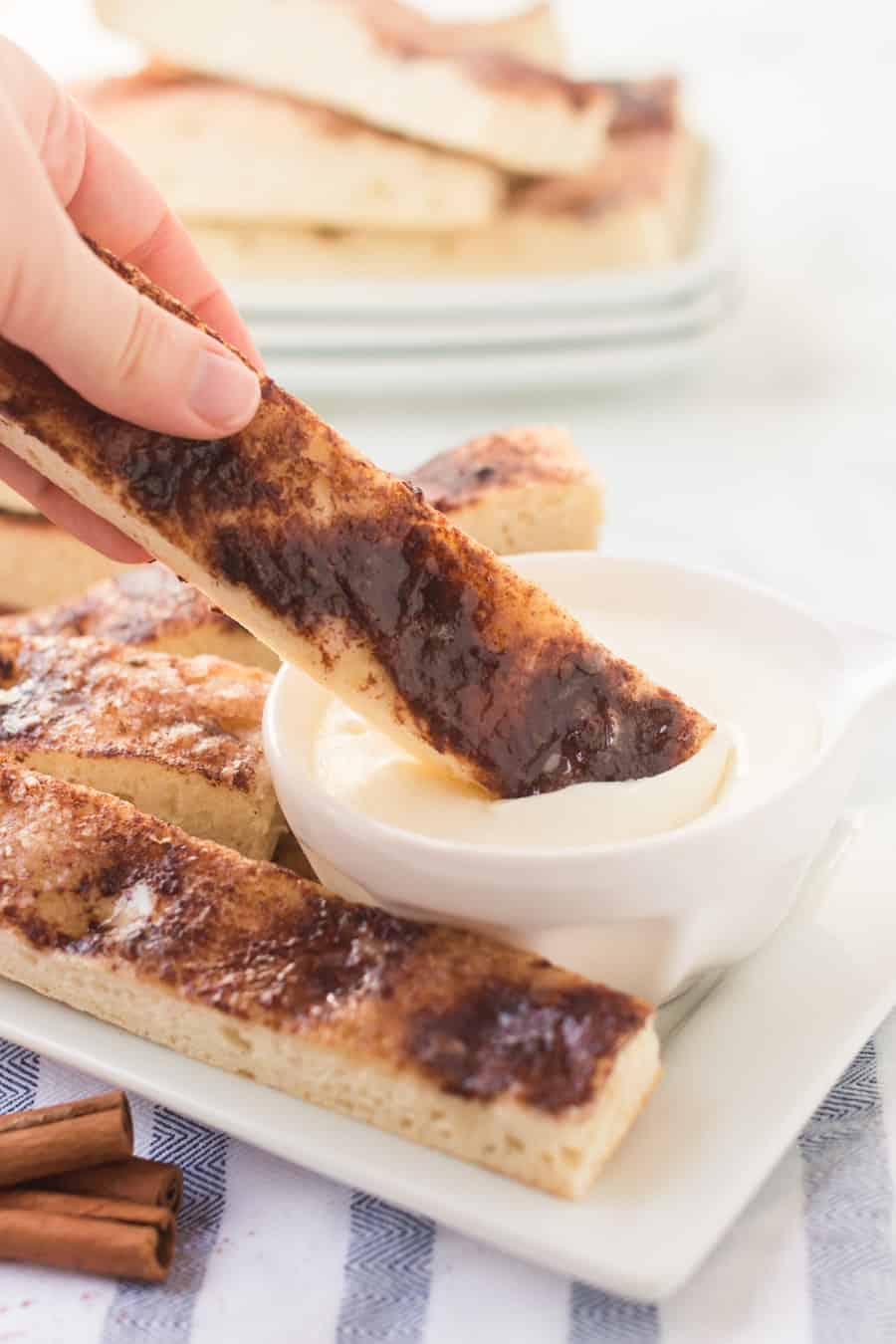 Y’all ever have the cinnamon sticks from Pizza Hut? Admittedly, we’re not huge fast food eaters over here, mainly due to our tucked-out-of-the-way home in the country, but also because I just find it easier and more enjoyable to make some of my favorite fast food “staples” at home. These cinnamon sticks? Perfect example right here. They are so wickedly delicious, and the easiest to throw together when you’re already making dough for pizza night.

I could honestly put butter, sugar, and cinnamon on top of any carb and be a happy camper. It’s great wrapped inside flour tortillas and on top of plain white bread (are my Midwestern roots showing yet? This was a perfect dessert in our house growing up!). But baking it atop pizza dough with a buttery-sweet dipping sauce is pure heaven, I tell ya. It’s like a deconstructed cinnamon roll in the best way possible. I can’t wait for you to try them and love them, too. 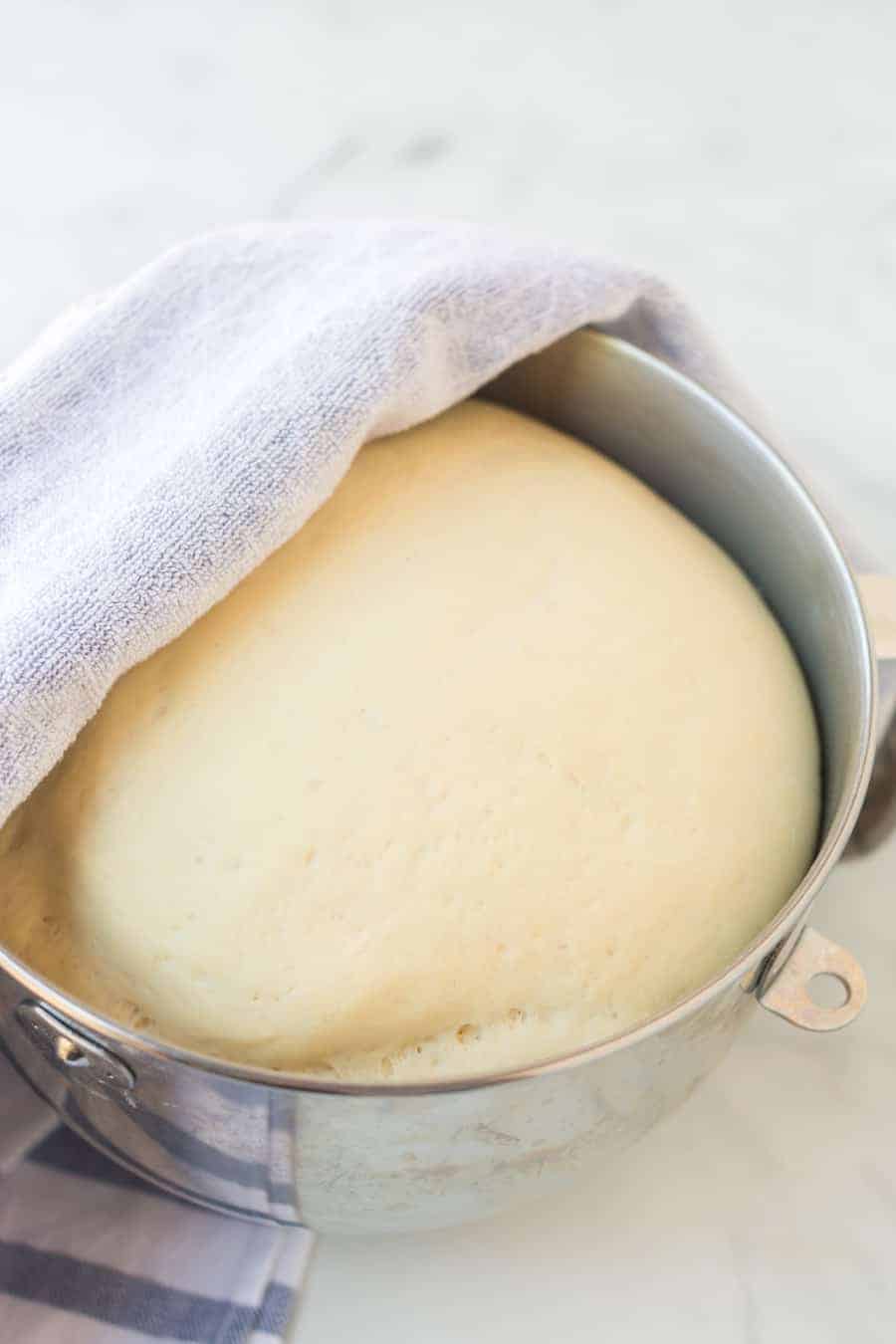 Can you refrigerate easy cinnamon sticks after baking?

Do you heat up cinnamon stick dipping sauce?

You certainly can to make it a little more warm and gooey. Heat the sauce in a small saucepan over low heat for a few minutes, stirring constantly -- it won’t need much and you don’t want to risk scalding it.

How do you reheat easy cinnamon sticks?

Reheat leftover cinnamon sticks by placing them on a parchment-lined baking sheet, and reheat them in a 350 degree F. oven for about 10 minutes or until warmed to your liking! 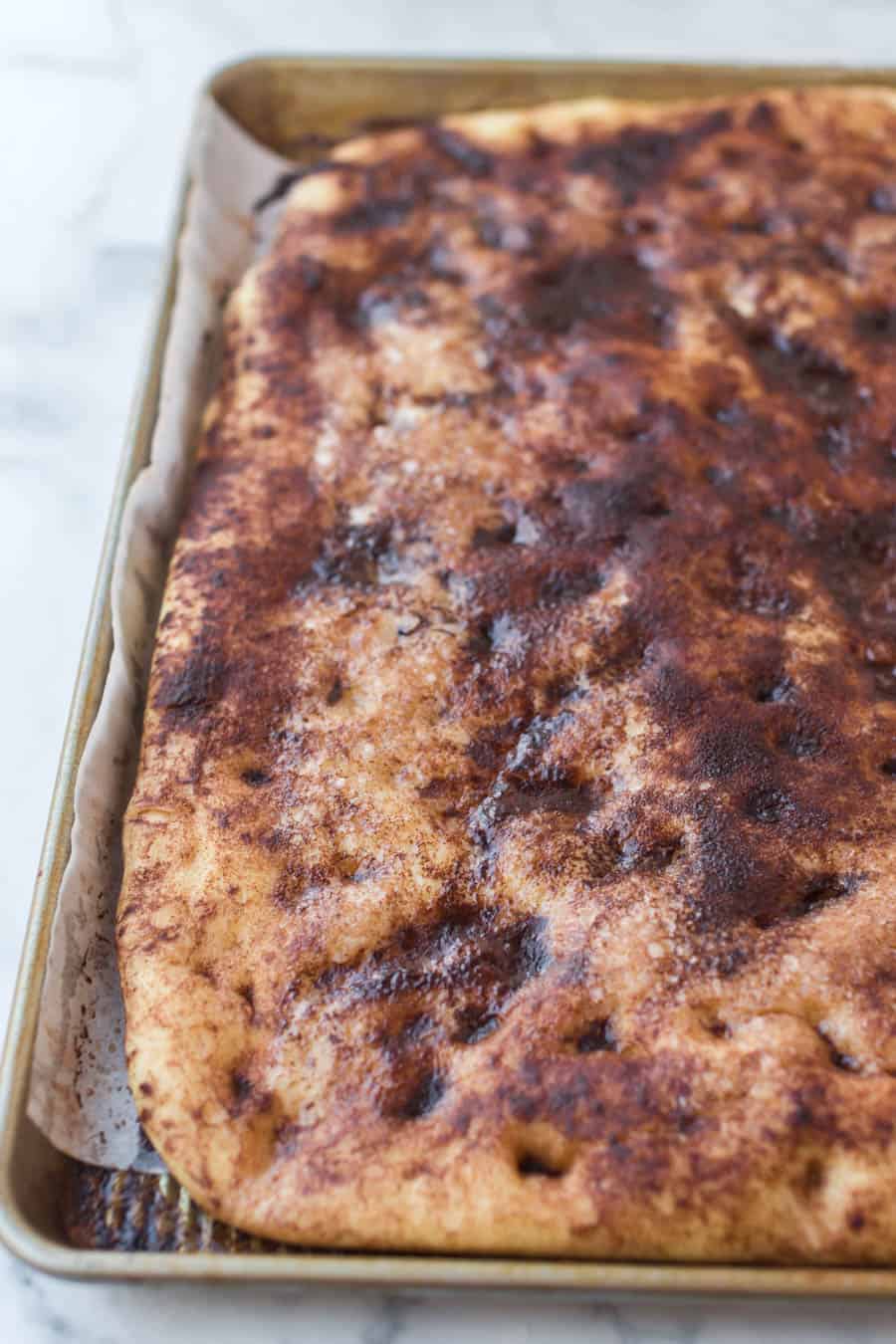 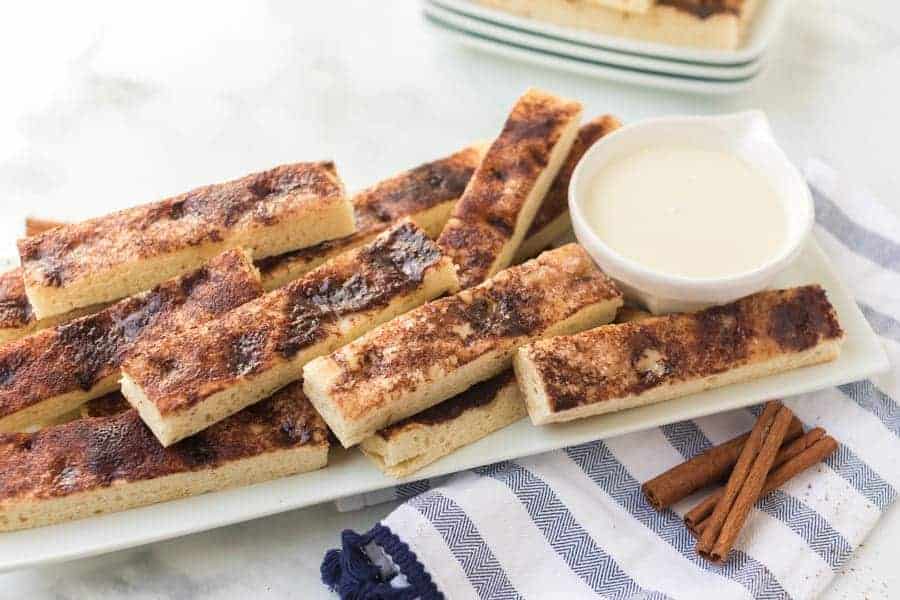 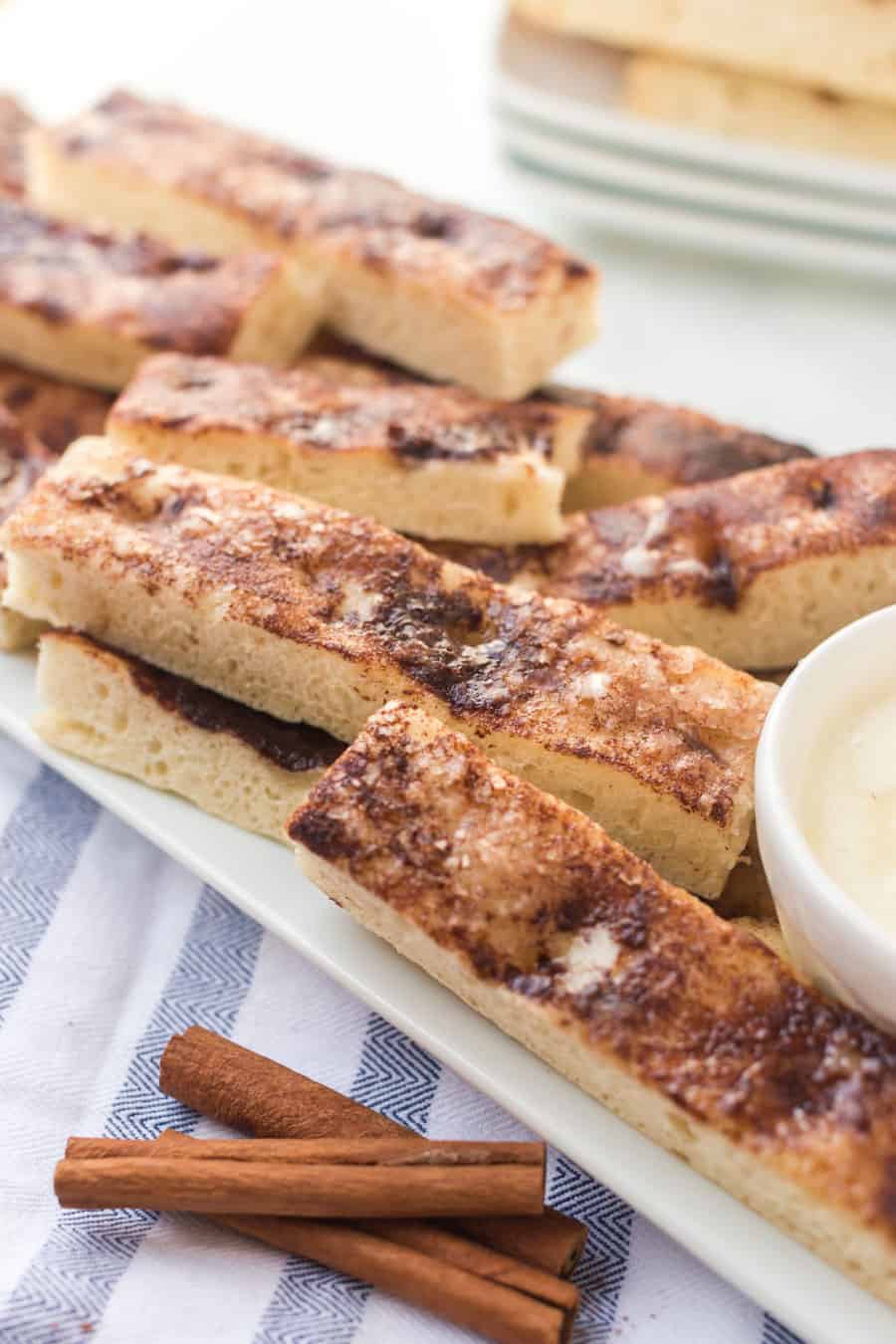 Are you a pizza lover? You may like these other recipes:

This post was originally published in 2012, and has been updated and rephotographed in September 2019.

Enjoy the fun and sweet nature of these easy cinnamon sticks made from pizza dough for a simple but satisfying dessert next time you have a pizza night at home!