You just can't beat a perfect vanilla cupcake with out of this world vanilla icing. Let me introduce you to the Sweet Tooth Fairy's VaNIElla Squared Cupcake Copycat. The cupcakes used to be called Vanilla Squared until the shop decided to change the name to honor one of its biggest fans - Stephanie Nielsen from Nie Nie Dialogues. 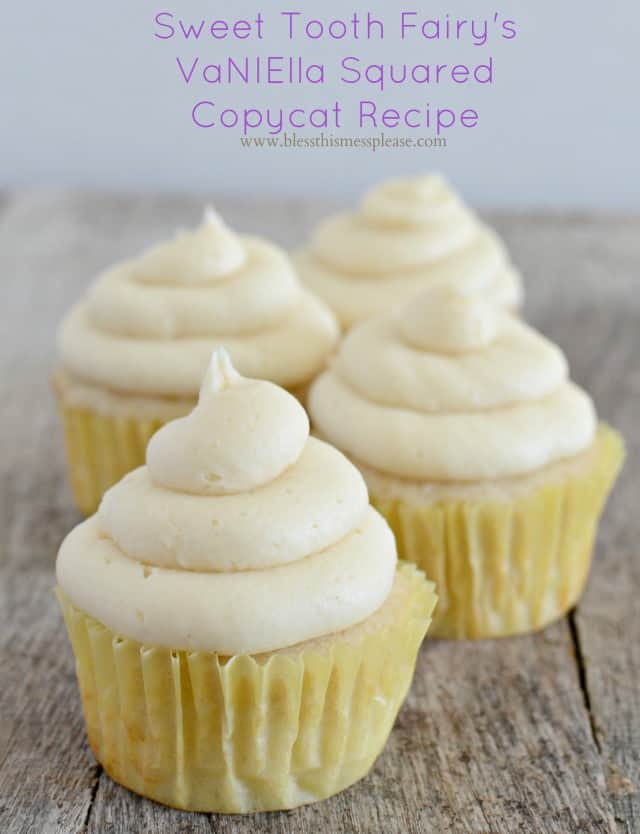 Stephanie Nielsen has an incredible story. Her blog bio sums it up well. "My blog began in 2005. I write daily about whatever I am doing, mostly about my five children, my husband Christian (Mr. Nielson), my struggles, my blessings and my strong Mormon faith. In 2008, Christian and I were in an airplane crash. I was burned over 80% of my body. I am living a beautiful life despite pain and challenges."

I've been reading her blog since 2008 and I just love that woman. She is strong, kind, feminine, and a mother. She's inspired me in ways that she'll never know. To prove how much I enjoy her, here are some fun little fact. When she hiked the Y for the first time in 2009 I went to support her and met her for the first time. Later in 2010 while we were living in Provo I actually just lived a few blocks from her home. In a blog post she mentioned that she was having a bad day so I made her a pumpkin roll, took it to her house with a note, was too embarrassed to knock, and just left it on the door step. If I were her I would have thrown that food from a stranger away! Can you tell my love language is food though? When her book came out I read it and decided I liked her even more. The book, Heaven Is Here

, is amazing and I highly recommend it. She has such a painful yet inspiring story! Being burned alive and living to tell the tale with truth and grace really is a testament to who she is.

When I found out that she was going to be the keynote speaker at the Women's Forum in Kanab this spring I got so very excited! I bought a few copies of the book for her to sign and decided that I need a gift to take. Her favorite cupcakes were an obvious choice. Recipe testing commenced and about a month later I had created a nearly perfect copycat of her favorite VaNIElla Squared cupcakes from Sweet Tooth Fairy. These are SO good! The crumb of the cupcake is moist and sturdy and that icing will change your life. I can't wait for you to try these.

How high do you fill cupcake liners?

You will want to fill the cupcake liners ⅔ to ¾ of the way full. If you fill them liners to the top, the cupcake will overflow and you'll have a big mess on your hands.

Do you spray cupcake liners?

A little non- stick spray on the cupcake liners is never a bad idea. You don't want the cupcake sticking to the paper because you need every last bite!

How long do cupcakes need to cool before frosting them?

Let the cupcakes cool completely before attempting to frost. This is usually 30-45 minutes. 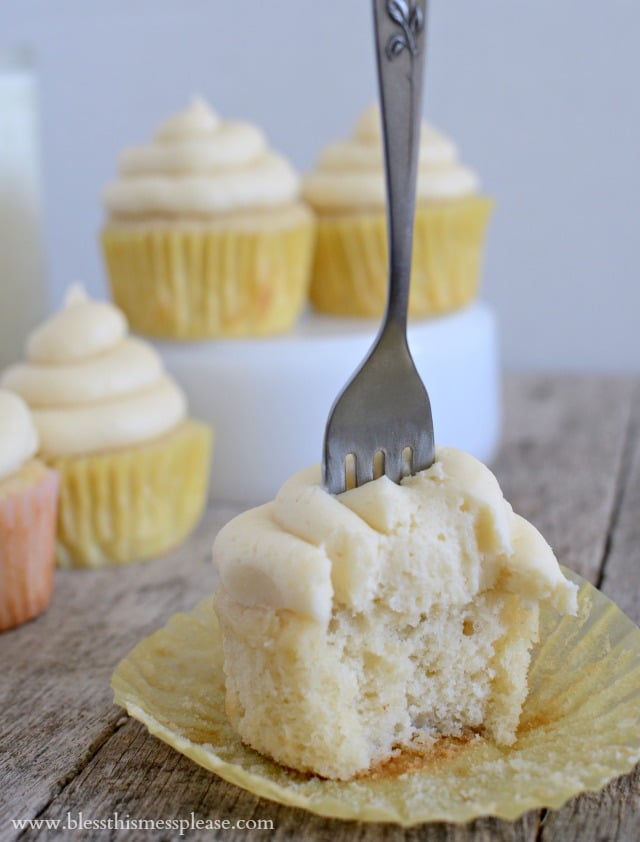 You just can't beat a perfect vanilla cupcake with out of this world vanilla icing!

I don't normally use a lot of different extracts but they are the secret to the Sweet Tooth Fairy Copycat. They add just a subtle difference that you hardly notice but make this icing amazing. And if you aren't coconut fans, don't worry, it doesn't taste "coconuty".

Try these other tasty cakes and cupcakes:

I know you will just love this Sweet Tooth Fairy's VaNIElla Squared Cupcake Copycat Recipe. You just can't go wrong with the perfect cupcake and this delicious icing.