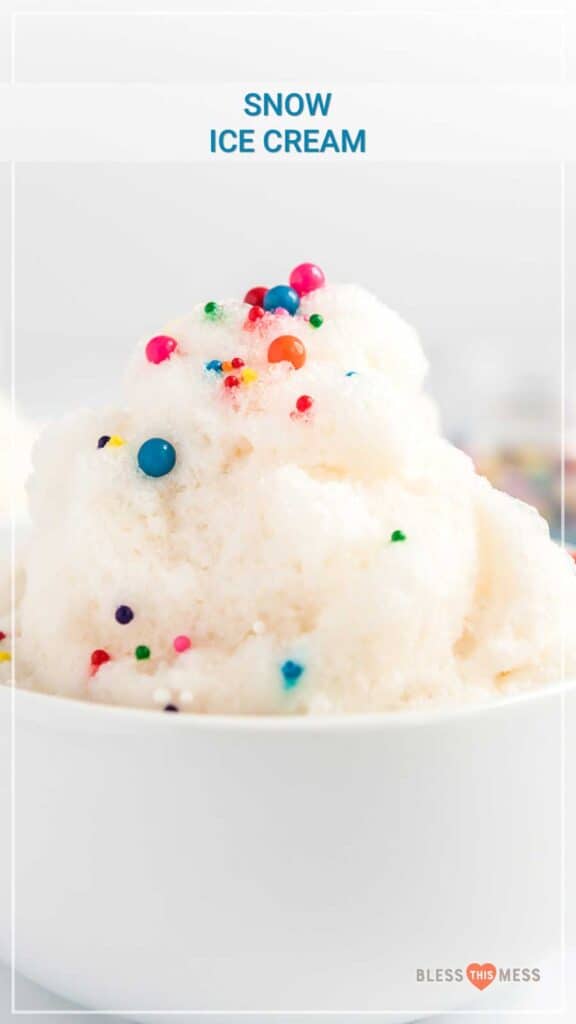 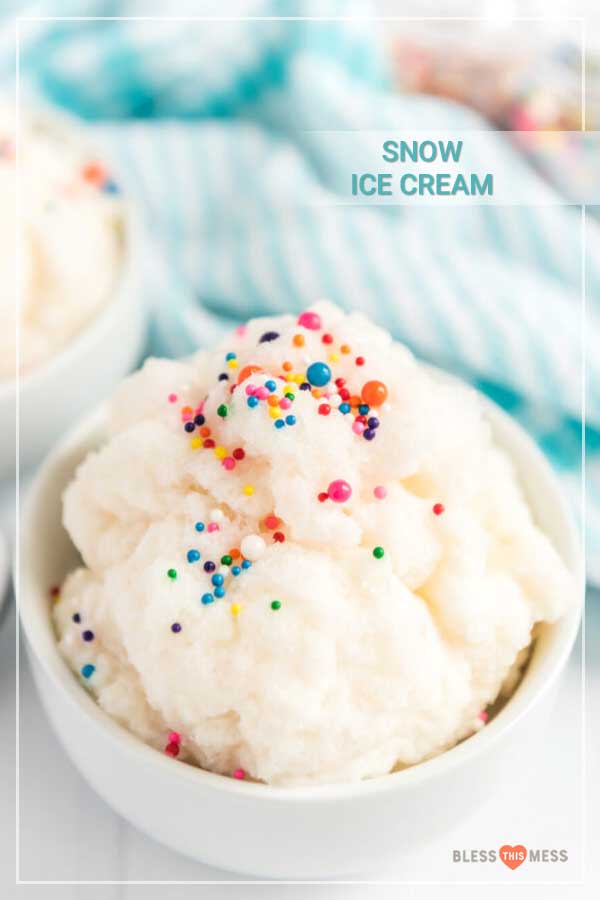 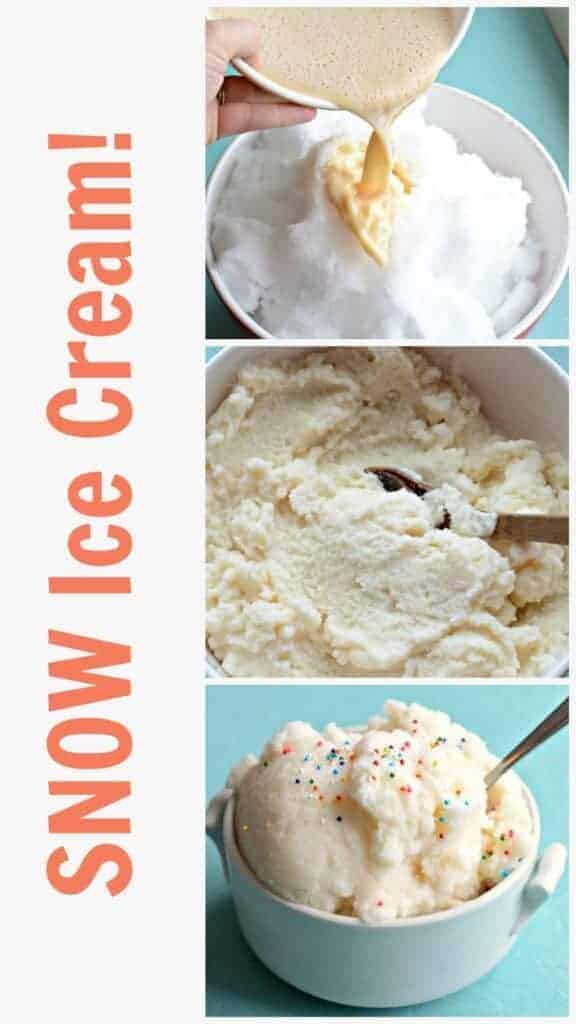 Easy snow ice cream is such a fun recipe for cold winter months, and you only need four ingredients: evaporated milk, sugar, vanilla, and fresh snow!

If you live somewhere with snow, this simple sweet treat will be everything to you (and your kids) and will get you through to warmer months!

Have you ever heard of making ice cream out of snow? It’s so fun and simple to do, and it’s one of my family’s favorite winter activities after a big snowstorm! My mom used to make this for us when we were growing up, so I’ve always been fond of this creative hack for making ice cream.

And the best part? All you need is some evaporated milk, sugar, vanilla, and the star of the show: fresh snow! Stir the first three ingredients together, mix in the snow, and you have a delicious vanilla treat that only takes about 5 minutes to make. How easy is that?!

My kids were totally amazed the first time I showed them this easy recipe (extra mom points for the win)! I remember being stunned watching my mom make it, too, and she’d let us sit around the bar and eat ice cream straight out of the giant white bowl she mixed it up in! It’s become a winter tradition for us over the years, and I’m excited for you to give it a try, too.

What is snow ice cream?

Snow ice cream is just like it sounds. It's ice cream made of snow (and 3 other key ingredients)! It's traditionally a Southern treat and I grew up eating it as a kid after big snowstorms. It makes a snow day all the more fun when you get this cold, creamy treat.

How to make snow ice cream:

In a small bowl, mix the milk, sugar, and vanilla together until well combined. In a large bowl, add about 8-10 cups of snow. Pour the milk mixture over the top and stir well to combine. The texture will be close to that of homemade ice cream (thinner than store-bought ice cream but still have some structure when scooped). Serve right away, adding sprinkles if you'd like.

Is it safe to eat snow?

Yep, it's generally safe to eat snow but you'll want to make sure it's fresh snow, typically right after a snow storm. Make sure it's bright white -- if it's colored in any way, then it's contaminated by dirt, animals, or something else.

What is snow ice cream made of?

I love how simple snow ice cream is! It’s made using only four ingredients: evaporated milk, sugar, vanilla, and snow! Evaporated milk will make it nice and creamy, while sugar sweetens it and vanilla gives it that nutty vanilla bean flavor you love in vanilla ice cream. Most of us have these ingredients already, so when you are snowed in you can still make a treat without having to go to the store.

How much snow do you need for snow ice cream?

The amount of snow really depends on the texture of the snow itself. Mine was extra wet and heavy when I made this, and about 8 cups were perfect. If your snow is drier and fluffier, you may want to add quite a bit more. The taste and texture should be your guide -- it should be thinner than store-bought ice cream, but still have some structure when scooped. Don’t be afraid to add a little extra snow as needed.

This snow ice cream recipe is a delight to make after a big snowfall, and you’ll love how easy, sweet, and tasty it is, especially with all your favorite ice cream toppings!