Hello all! I am still struggling to get my chicken coop built. It has been a labor of love with a ridiculously large learning curve. I think that I've worked on it for a little over sixteen hours now. I finally asked Thomas for some help last night on the roof. We didn't get too far before dark, but it is coming along. I hope to have some pictures of the finished project no later than Thursday.
While my house, yard, and blog wait for my massive project to wrap up, I thought I'd share some more treasures we've found in the walls while remodeling.
If you missed the last two installments you can see other things we've found here and here.
When Thomas handed me these two cardboard mailing tubes I got super excited. One was light and the other very heavy. I was just sure that all the effort, sweat, and tears that has gone into the house were about to be rewarded monetarily. I was sure Hoover's life fortune was hidden inside the heavy tube. He was a crazy old man. I wouldn't put it past him. 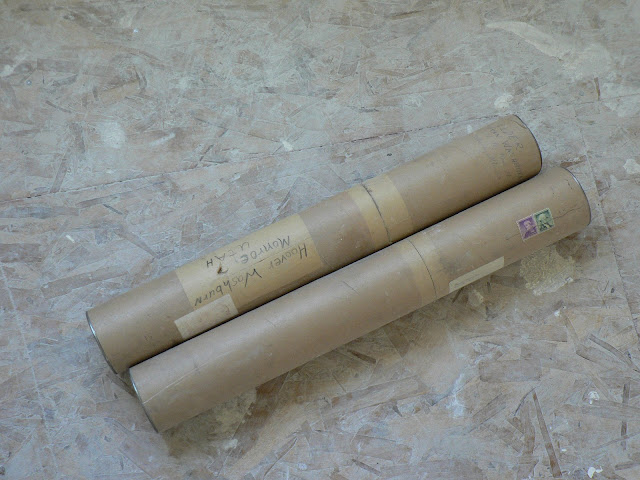 The return address is from Elder Fran Washburn. We've had the pleasure of meeting Fran who is Hoover's (the man who owned the house before we did for sixtysomething years) oldest son. He is in his seventies and still lives in the town he grew up in. In our church, men go on missions in their early twenties to teach others about Christ. These tubes were mailed from Missionary Fran when he was about twenty years-old to his parents. That would make these mailing tubes over fifty years old which is how old we've figured the rest of the treasures in the walls to be too.
My husband went on a mission to North Carolina when he was nineteen, and my little sister is currently in Argentina on a mission. I know how much Thomas' mom missed him and how much I miss my sister; I'm sure Hoover missed Fran just the same. I can just imagine Hoover hiding these tubes away in the wall because they meant something to him; they were from his boy that was far from home doing a great work. 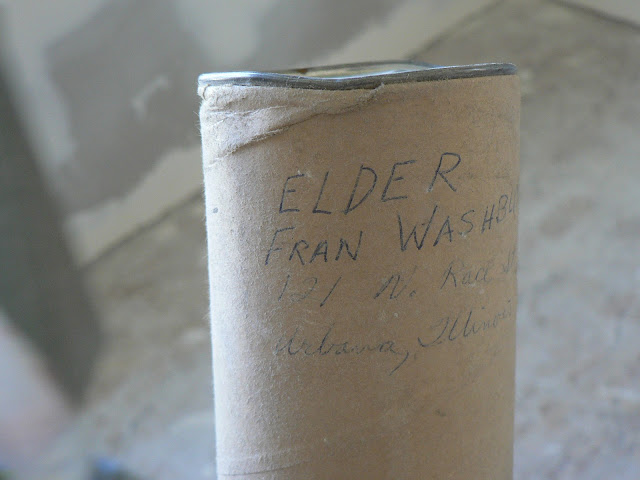 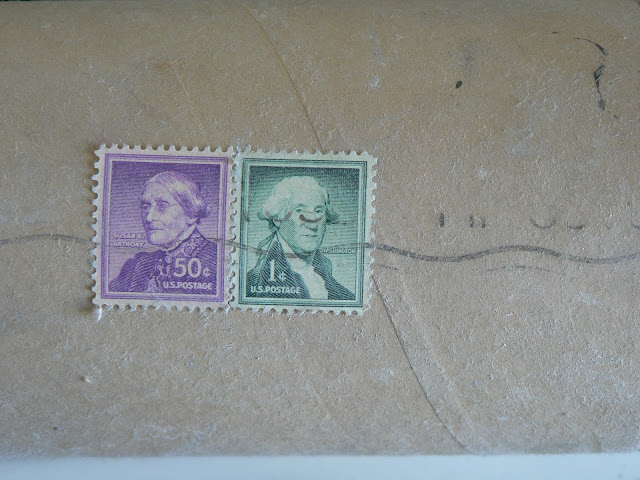 As I opened the heavy tube, sure that all my problems were gone (because Hoover's life-savings would have solved all of my problems, right?!) I found a roll of less-than-pretty wall paper. I wasn't too disappointed, though. I would have felt obligated to give the money to Hoover's kids anyhow. 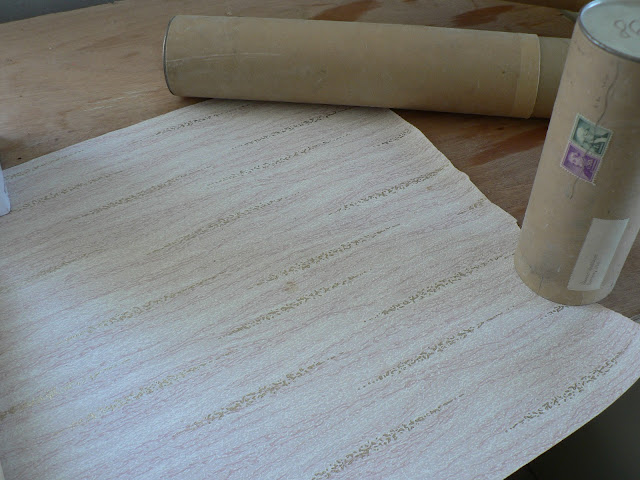 I loved this little note on the inside of the paper roll. I can just imagine young Fran writing this and expecting to take the tube (with a pole inside) and his dad fishing when he got home from his mission. They would have had a lot to catch up on after two years apart. 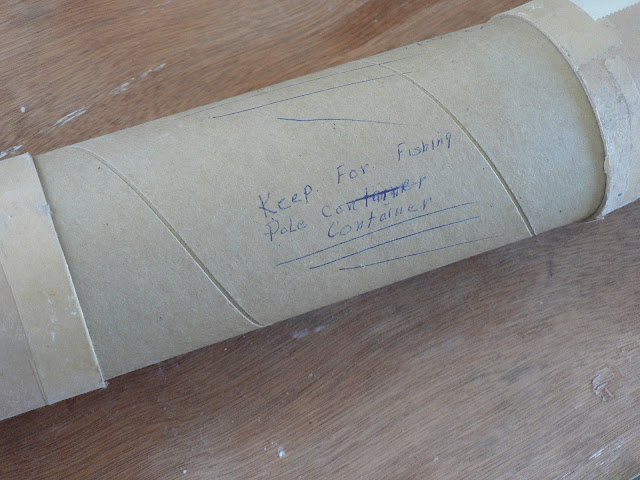 The return address on the second tube. 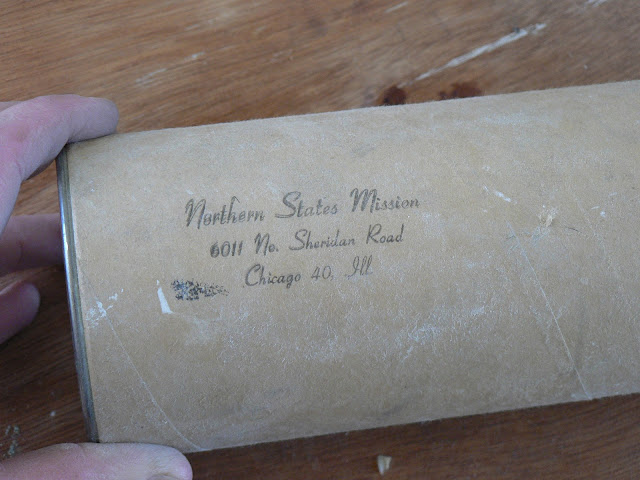 I love these treasures, but they still aren't my favorite thing we've found! That treasure is yet to come. I'm still at a loss as to what to do with these things. They are fun and neat, but where do I keep them? Right now they are in a box and I assume I'll just keep them there until...? What would you do with random stuff you found in the walls of your house? Part of me wants to write a note of explanation and put everything back in the walls, back in the dark home they've had for the last fifty years. What do you think?

« Our Biggest Mess: Stuff We Found in the Walls
Square Foot Gardening: Get Started for $50 »
Craving More