While we are taking a little remodeling break, as Thomas preps to take a massive licensing exam, I thought I'd share some of the crazy things we have found in the walls of the house. It's no secret that this house has quirks; some of the things going on are just plain crazy. We have found a treasure trove of oddities inside the walls which were discovered as we tore the walls out. I have a bunch of things, so there will be more posts like this. But for today I'm sharing 2 magazines.  One is March 1958 Turkegram and the other is August 1959 Friend Magazine.
The Turkegram: 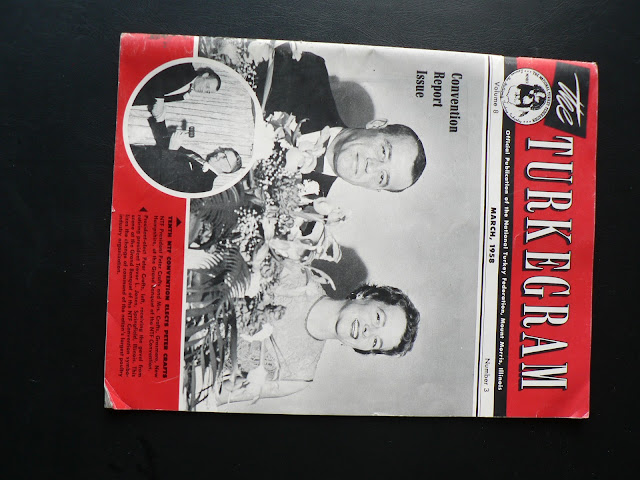 After doing a little research, I have found that the previous owner actually owned about half of the block. In the 1950's he raised turkeys commercially on the property. This is a magazine for turkey farmers, so I'm sure it was his. I loved this issue because it's highlighting a change in leadership in the National Turkey Farmers organization. It has pictures of a spectacular black-tie event where Peter Crafts was named the new president of the NTF. So cool! Now, if any of you are Peter Craft's posterity, call me! I'd love to get this magazine to you. 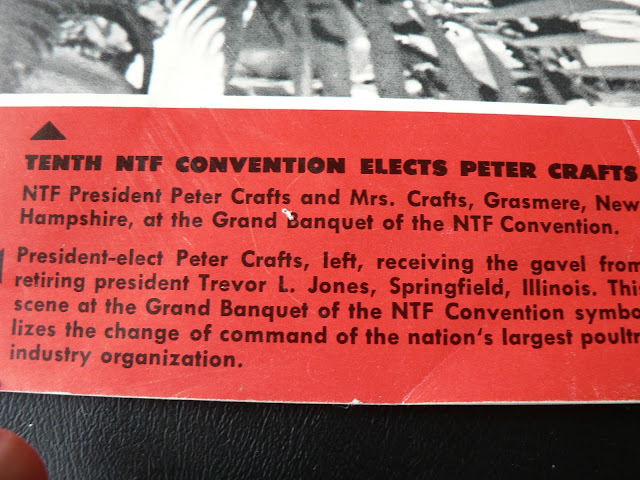 And, if you missed the NTF convention in 1958, the kick-off luncheon was "out of this world". 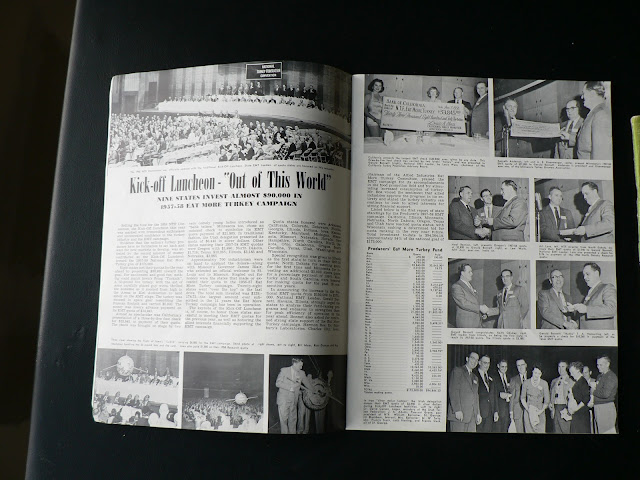 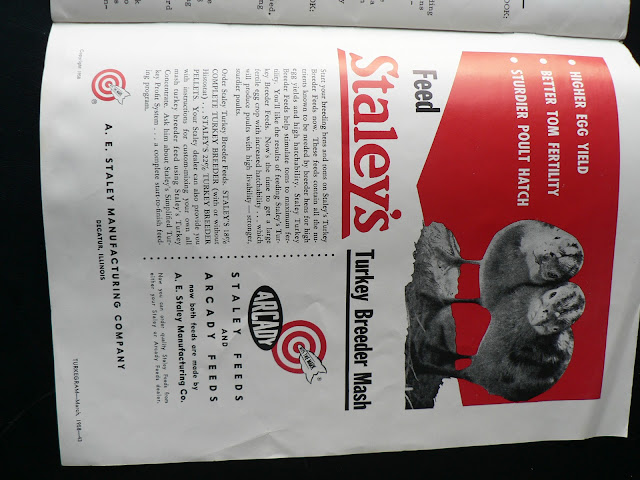 Now on to The Children's Friend. This a publication from The Church Of Jesus Christ of Latter-day Saints. This magazine is still around; in fact, my kids get it every month! It was so fun to see how The Friend has changed over the years. 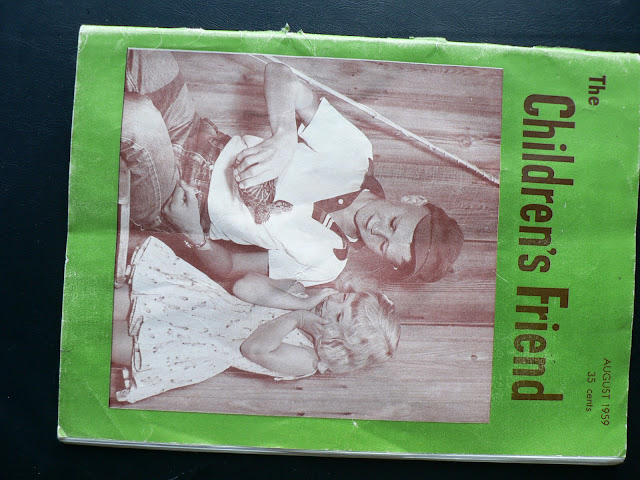 The Friend was only $0.35 in 1959. The Friend now is $8 for the year, making it $0.66 an issue. The price hasn't even doubled in the last 50 years! It's a great magazine, and I think everyone should read it with their kids. You can order it from the link above. 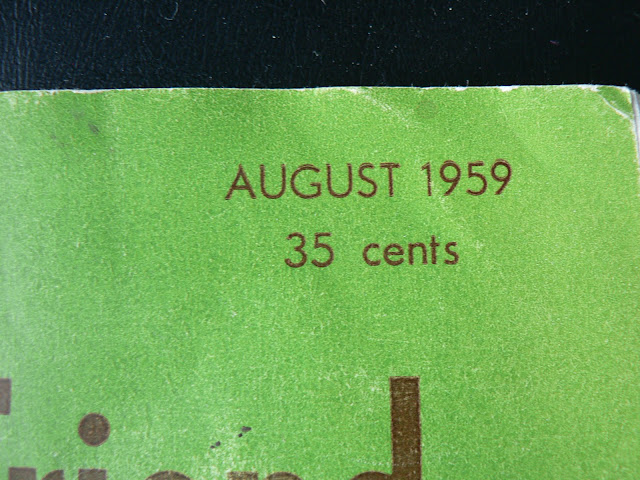 The printing is in black and white with a few accent colors. Here is a picture of Jesus with green highlights. So fancy! 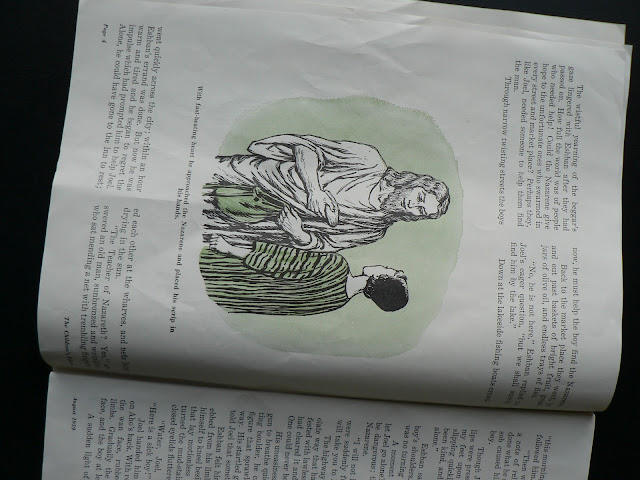 There are lots of great stories in this issue, my favorite being "Dangerous Stranger" 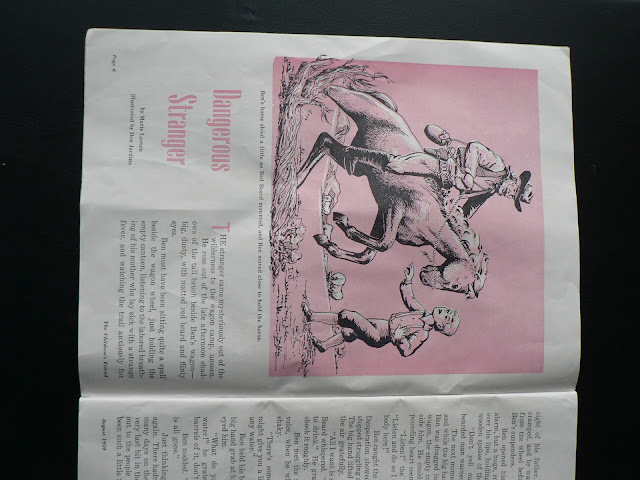 The cute magazine also had things for kids to do, like color and decorate a birthday cake: 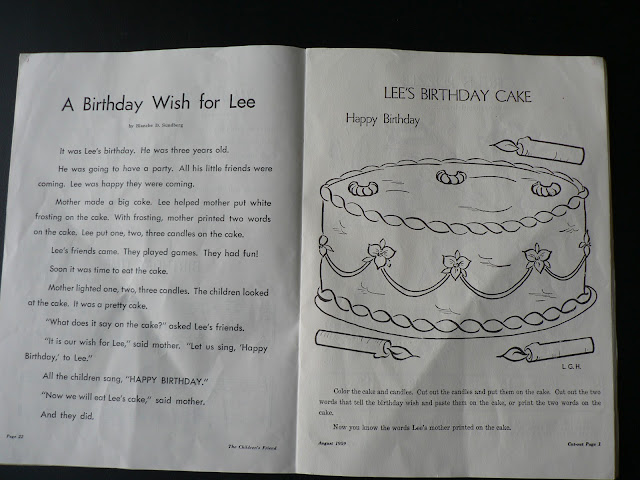 And paper dolls. The coloring was there when we found it. It made the find so much more personal. Some little girl (who is now probably a grandmother) colored her magazine just like May does to hers. No pants for that little paper doll. 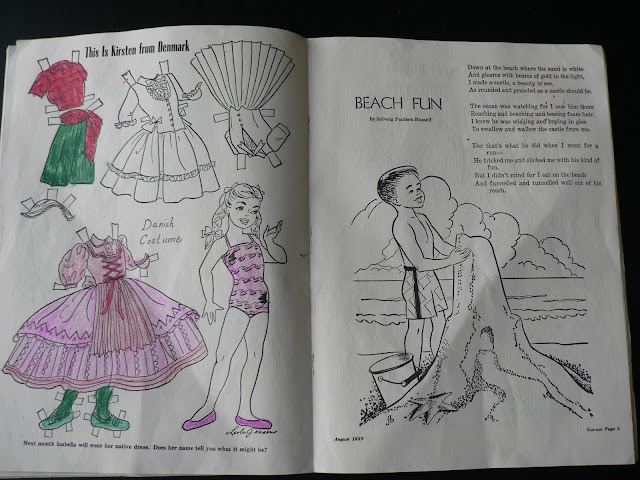 Just thought this was a fun old picture: 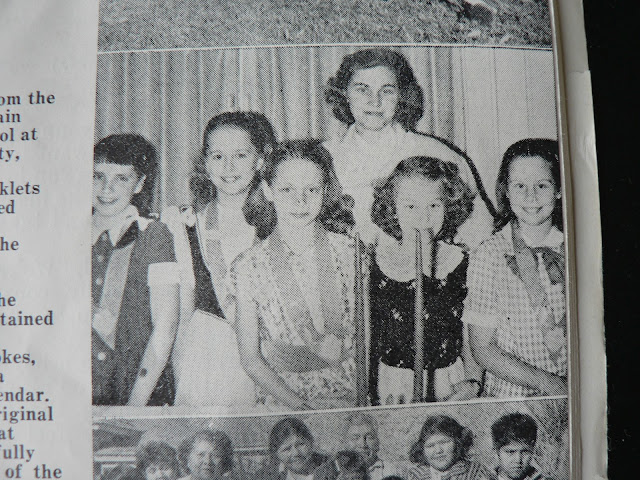 And a random picture of a girl on a carousel on the back: 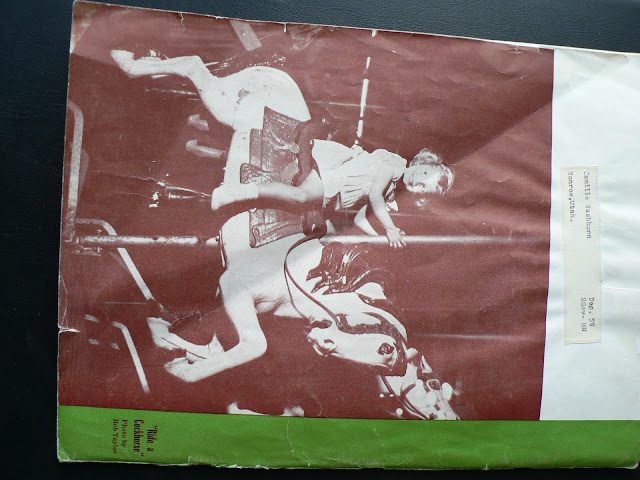 Wasn't that fun? The first installment of "Random Stuff We Found in the Walls." I have a whole box of treasures to show you. We even found a violin in the walls. The heat really did a number on it and I actually gave it to a woman who used to live here. I can't believe I didn't get a picture first.

Happy (Hoppy) Weekend! Hope it's a good one.