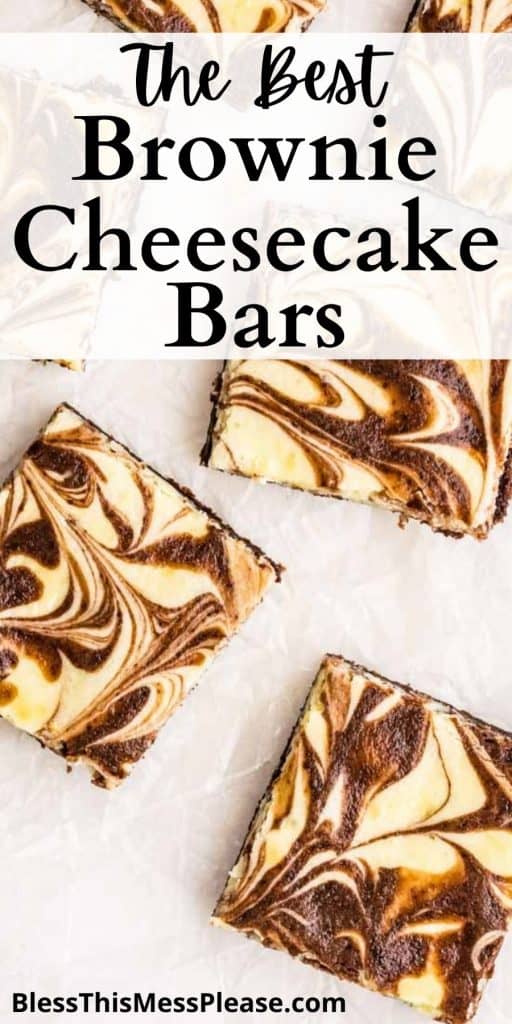 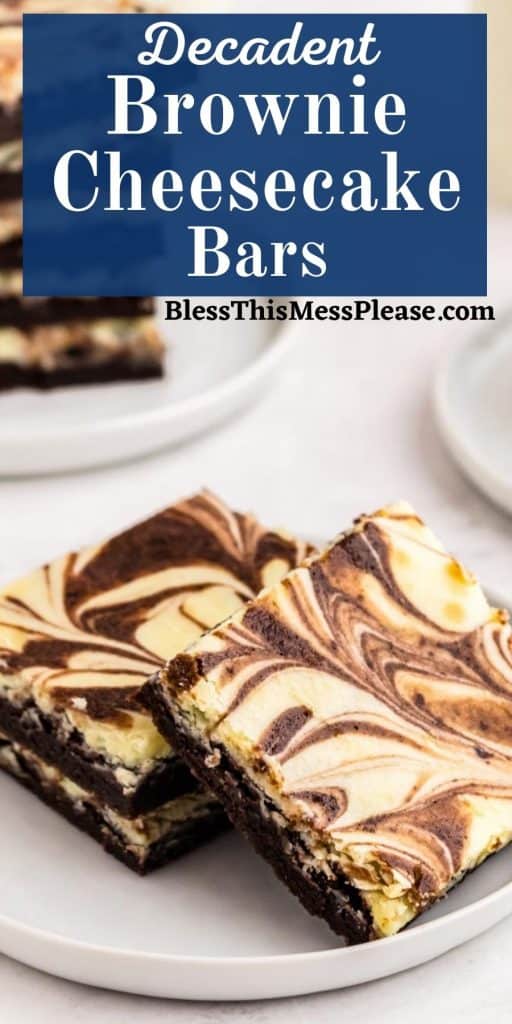 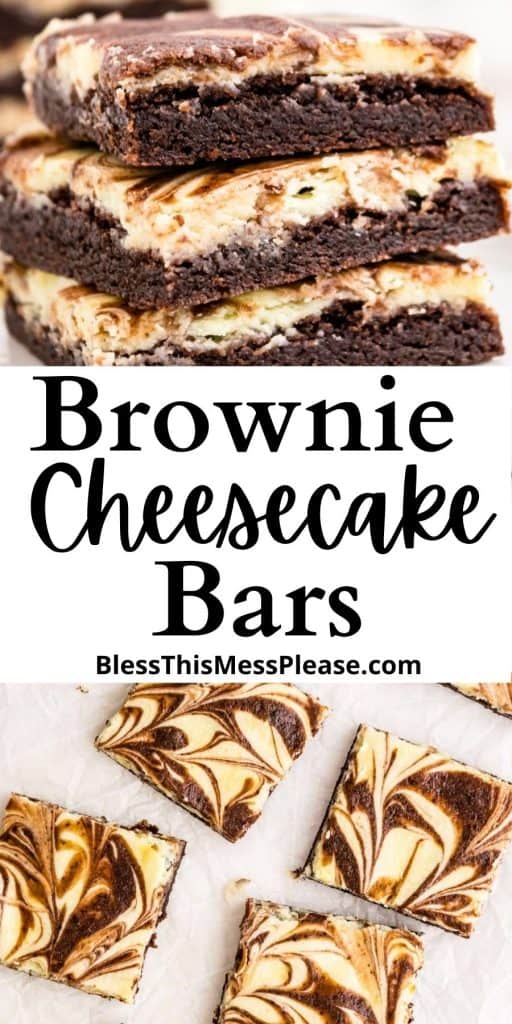 Cheesecake Brownies are a rich, chocolate filled brownie topped with a creamy cheesecake layer to create a dessert combination that is simply divine.

Have you ever heard of anything better than a brownie mixed with cheesecake?! This dessert will knock you off your feet. It is simple to whip up and uses ingredients that you most likely have in your kitchen right now.

This recipe uses dark cocoa powder, such as Hersey’s Special Dark. It is amazingly chocolaty without being bitter. It’s a great thing to have on hand and I now use it in 90% of recipes that call for cocoa.

Can the brownies be stored in the freezer?

Of course! The frozen bars can be stored in the freezer for up to 3 months. The cheesecake layer can feel slightly more sticky after it comes out of the freezer, but it is still tasty.

Do Cheesecake Brownies have to be refrigerated?

These brownies can be kept at room temperature for 1 or 2 days, but if you want the bars to last longer, you can store them in the fridge for up to one week.

How can I tell when cheesecake brownies are done baking?

You will know when the bars are done baking because the center will be set. You don’t want to over bake them. Allow the bars to cool in the pan for about 20 minutes before cutting.

Brownie Cheesecake Bars are a rich chocolatey brownie topped with a creamy cheesecake layer to create a beautiful and divine dessert.

Make Brownie Cheesecake Bars recipe for an easy to please dessert, with a dark chocolatey fudgy layer topped with creamy marbled cheesecake. The best of both worlds.