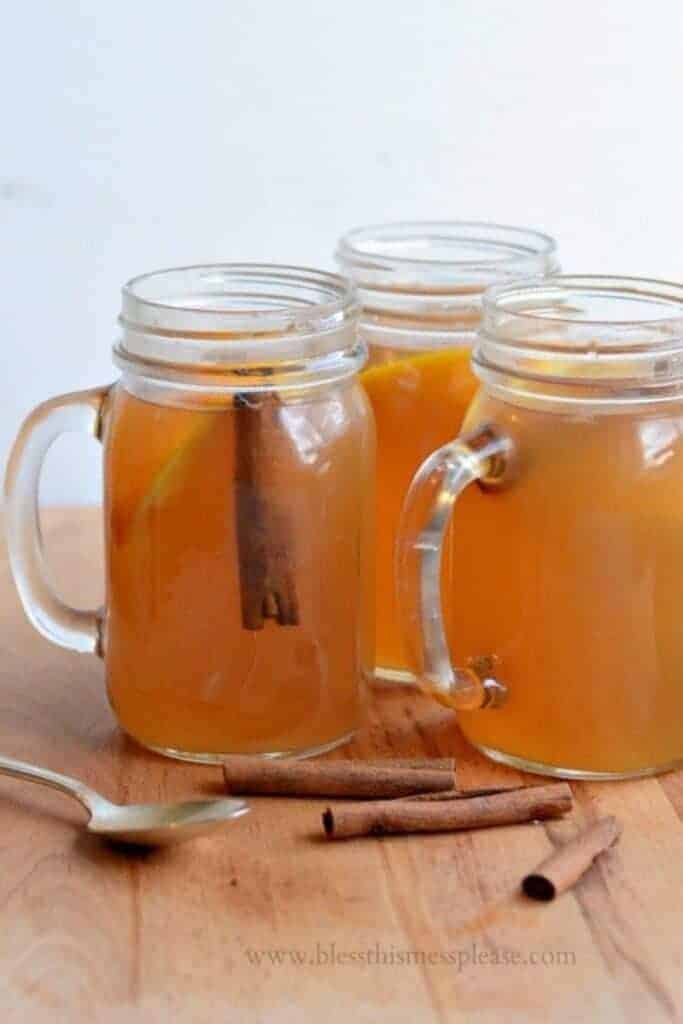 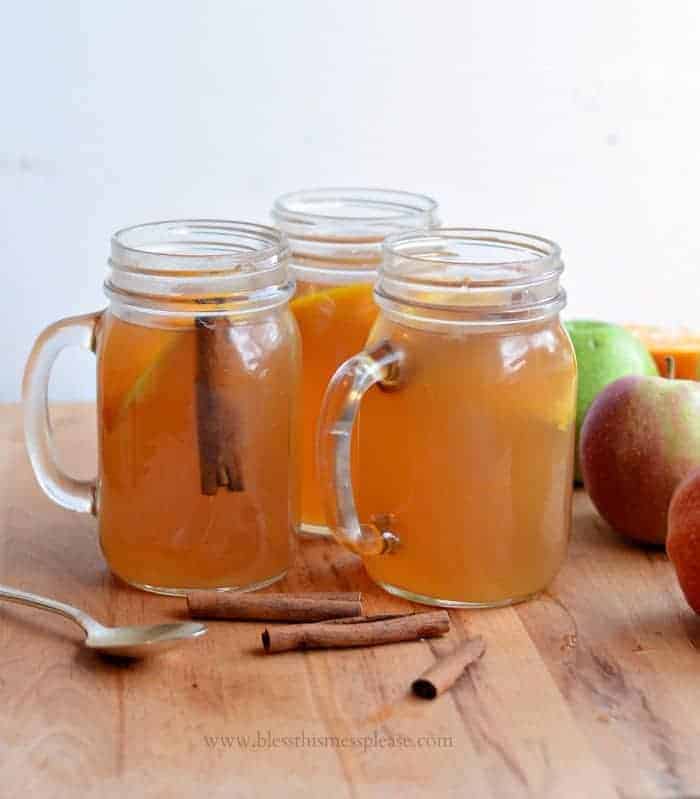 The last few years we have taken literally a truck load of apples that grow on our properties (The Shanty has 4 huge old apple trees and the new farm property where my garden is has 15 or so middle-aged apple trees) to a friend's house and pressed cider. It's a daylong event, but the liquid gold that we bring home in the end is worth the effort. We freeze it in gallon jugs and bring it out when company is over and for parties. This past weekend, we brought a jug to a group date with friends and I passed around cups of cider to go with chili and cornbread. Fall eating perfection! This year a late frost left us with literally zero fruit though, no apples, no peaches, no cherries, no plums, no nothing. No apples meant no fresh cider, and we're using our freezer stores a lot more carefully. 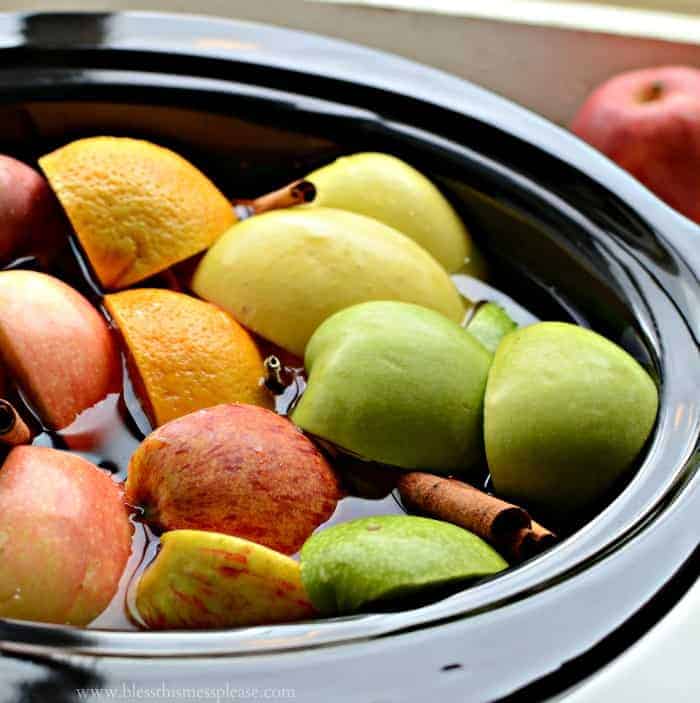 If you don't have access to a million apple trees, had a hard frost this year, or don't have a friend with a cider press (between those three thing I bet I just included most of you!), then this Slow Cooker Apple Cider is just for you.

Toss quartered apples (plus an orange for good measure), water, and spices in a slow cooker, let them cook and soften, mash and strain. Then put everything back in the slow cooker so that it can be served warm. It does need a bit of sweetener since you've added water, but it's delicious nonetheless. The whole thing takes less than 4 hours and only about 10 minutes of hands-on work. 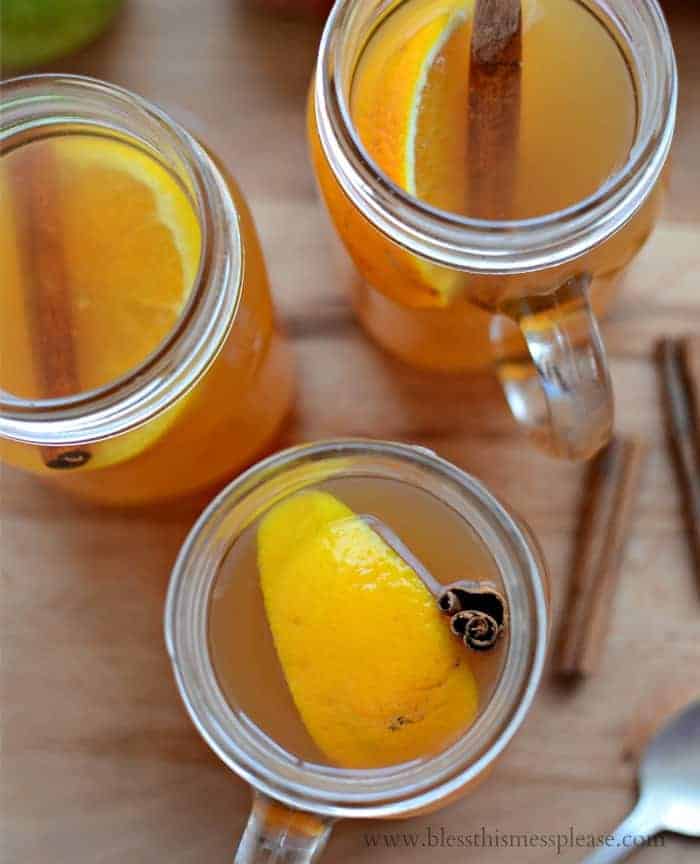 Slow cookers are my favorite and I love getting out of my soup and chili rut and trying new recipes in mine. I just got this slow cooker a few weeks ago so that I'd have two to start recipe testing a freezer meal slow cooker ebook I'm writing. The book is going to be awesome and I'm really loving this slow cooker! 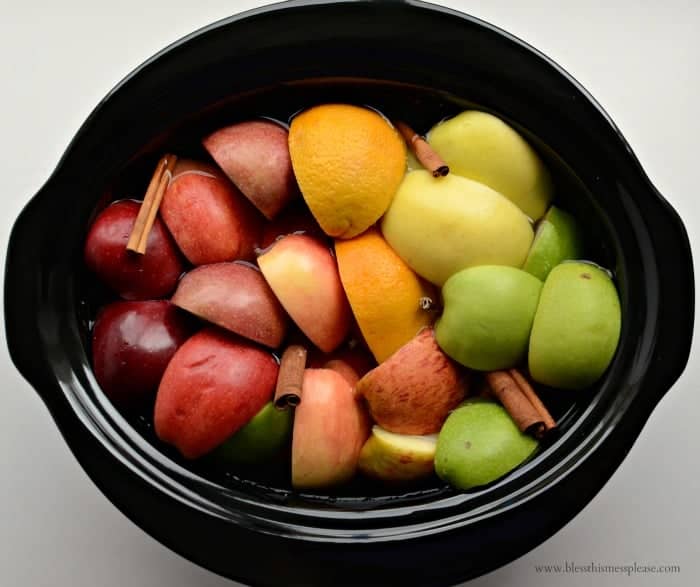 What Do I Sweeten the Cider with?

I sweetened my cider with some brown sugar and a bit of maple syrup. It was a nice blend and tasted just right. You can use just brown sugar, honey, maple syrup, a combo of those, or just about any sweetener you'd like. If you are going to use a granulated sugar like coconut sugar make sure you stir it really well to get the sugar to dissolve.

How Much Apple Cider Does This Recipe Make?

This Apple Cider Would Go Perfectly with:

My house smelled amazing while this was cooking and then even after it was all made and warming again in the slow cooker. This is a really simple treat that will make guests feel welcome! A hot mug of slow cooker apple cider and that warm spicy smell in the air is just what fall is made for. 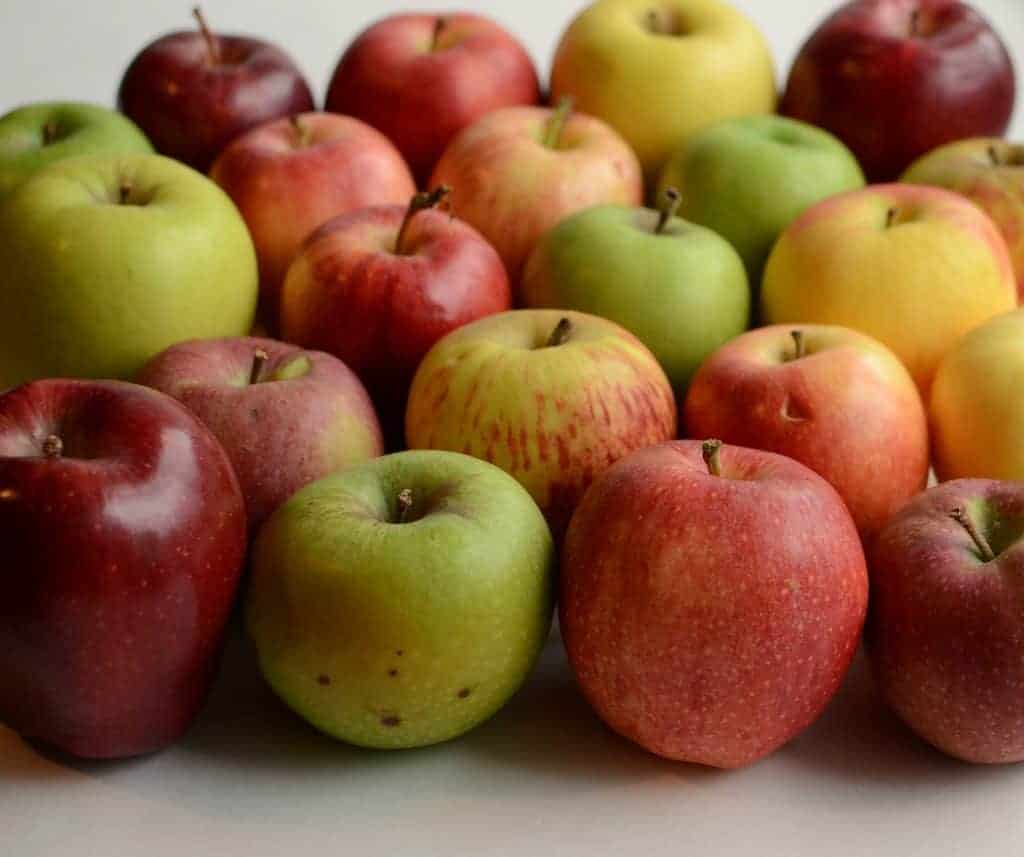 I liked a mix of mostly brown sugar and a bit of pure maple syrup for sweetening the cider. You can use brown sugar, honey, maple syrup, or a mixture of those to sweeten it.

Slow Cooker Apple Cider is a fun recipe that is just perfect for your next get-together.

This recipe is adapted from and inspired by Gimme Some Oven. 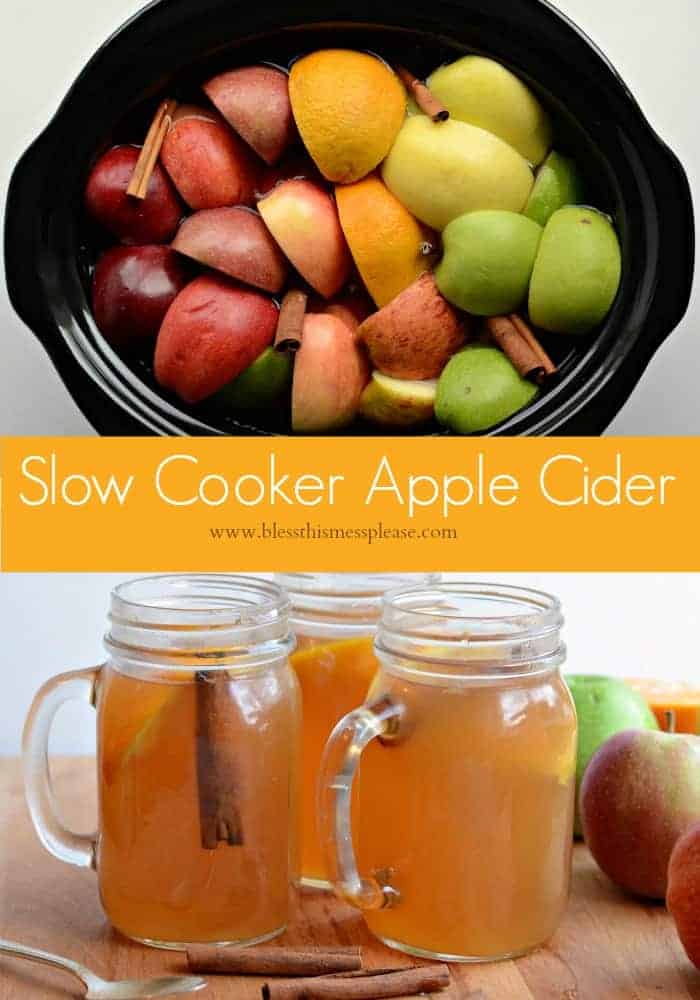