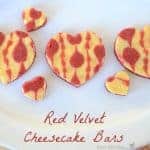 Red Velvet Cheesecake Brownies are a fun, decadent combination of your two favorite desserts that are as beautiful as they are delicious. 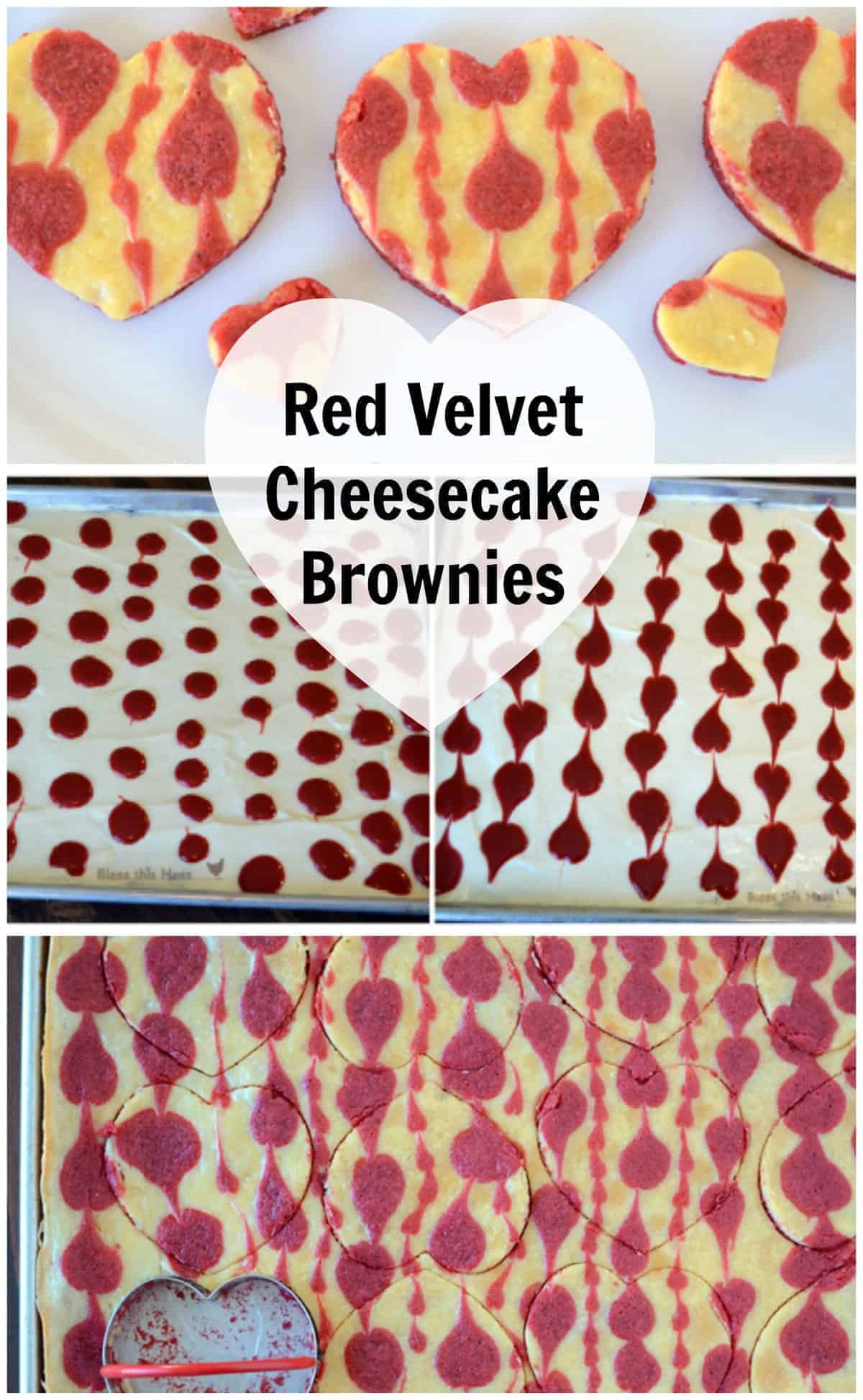 When it comes to dessert I rarely make a recipe twice. We make our favorite chocolate chip cookies and normal old rice crispy treats over and over again, and if I make something else it is generally a new recipe. I saw this gorgeous red velvet cheesecake bar recipe on Novice Chef last year and never made them, but I’ve thought of them often. I’m not a big red velvet fan, but they are just so pretty. So last week when we had my father-in-law, BFF Shaun, neighbor, and his nephew over working on the house plus two missionaries from our church over I thought it would be a good time to try out the recipe. It makes a big pan and good or not, they’d get eaten with that many men around.

Let me tell you, they were eaten. And raved about, and snacked on, and then gone. The whole pan gone. You guys, this is one of the best recipes I’ve made in a long long time. The bars are dense and soft but still completely sturdy (perfect for cookie cutters) and they were just so good. Plus, they are beautiful. Shaun told me they were the best thing he’s eaten this year. Now, it was the first week of January and so I teased him about teasing me, and he said he meant 2012 too. And honestly, I made a second whole pan this week just for us. They are so very good. Put these on your list to make for Valentine’s treats because that red is just perfect. 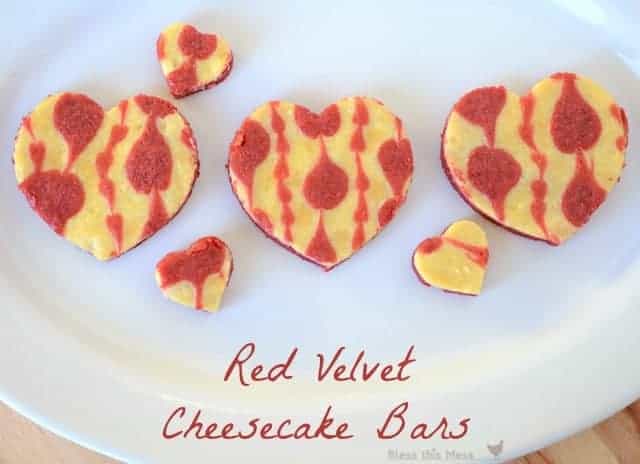 Do Red Velvet Cheesecake Brownies have to be refrigerated?

These brownies can be kept at room temperature for 1 or 2 days, but if you want the bars to last longer, you can store them in the fridge for up to one week.

Can the brownies be stored in the freezer?

Of course! The frozen bars can be stored in the freezer for up to 3 months.

Red Velvet Cheesecake Brownies are a fun, decadent combination of your two favorite desserts that are as beautiful as they are delicious. 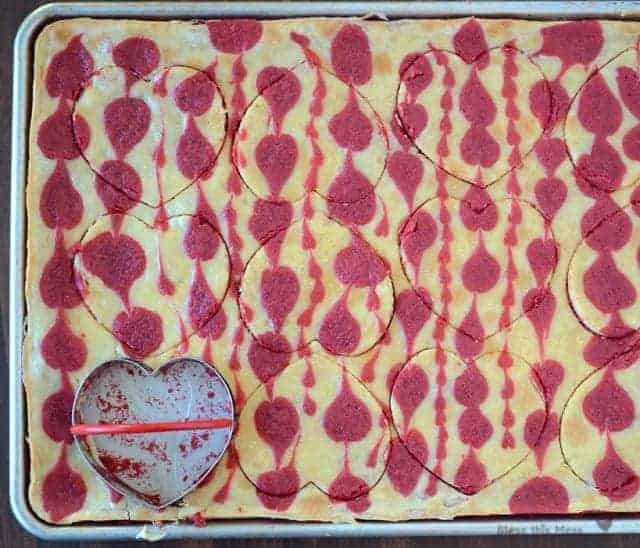 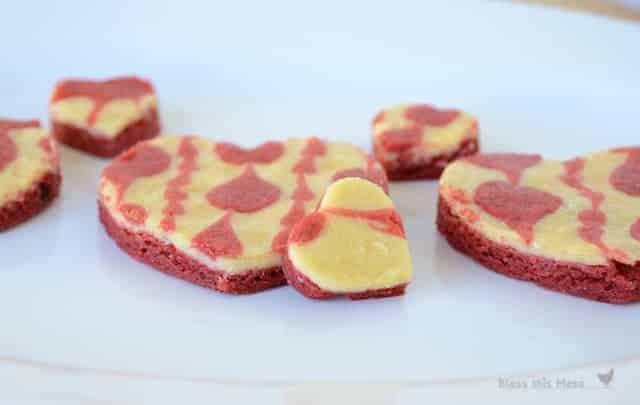 Red Velvet Cheesecake Bars are a sweet treat that are sure to impress with their looks and their tasty brownie and cheesecake flavor. Perfect for holidays or any day of the week!

made these for vday & my hubby LOVED them!

These are super cute! I love the heart pattern.

Thanks! It was a stroke of genius wasn’t it LOL 🙂 I’m sure someone else could do it better but I sure had fun…

These are gorgeous and they sound SO delicious! I’m brainstorming what dessert to make for Valentine’s Day… these just might be it. Yum!

Definitely just saw this on my friend’s wall and immediately went to make them. It’s been a rough day – it was this or send my husband to the store for ice cream. But they are cooling right now and smell insanely delicious.

Don’t wait for them to cool… pick at them now 🙂 I totally had that day too! And lucky for me the husband had a dozen extra glazed donuts from his Scouts activity tonight. Oh the joy a donut brings me.

Doooooooooooo IT! And then tell me how much you loved them. 🙂