I'm so excited to finally share this post with you! We got baby sheep, aka lambs, last week and they are the cutest little critters you've ever laid eyes on.

I'd like to introduce you to the newest members of our ever growing hobby farm - Freckles and Snow White. Of course Snow White is a boy, and Freckles is a girl but there was no deterring little Miss May from the names. We do call Snow White, Snowy. 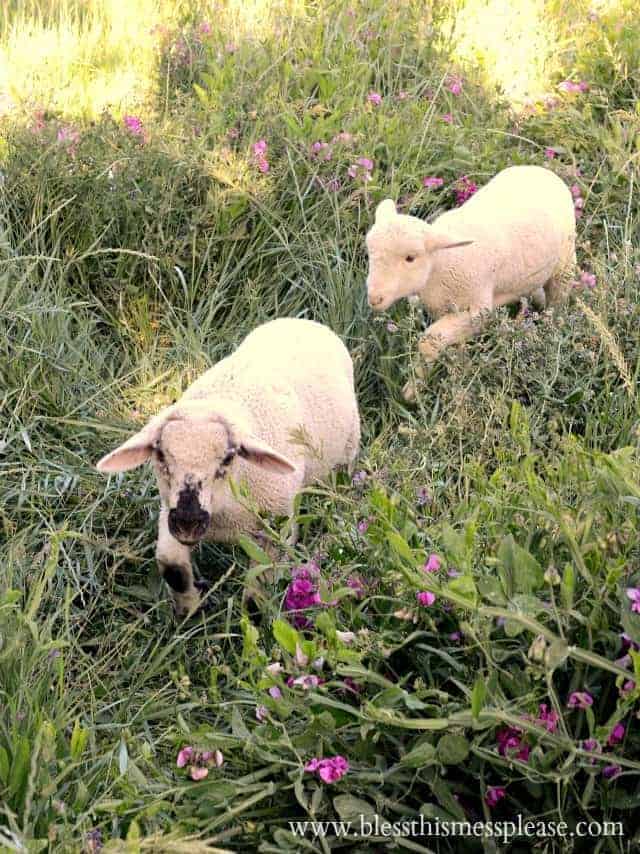 The land that the Shanty is on is mostly pasture. A bit is occupied by the house and we plowed some up to plant a garden. The rest grows glorious amounts of alfalfa and sweet peas. The plants seemed too great of treasure to simply mow over so we decided that we would buy a very practical lawn mower of sorts.

Isn't it pretty?! Those are apple trees and the fence is covered with wild but very much edible plum trees. 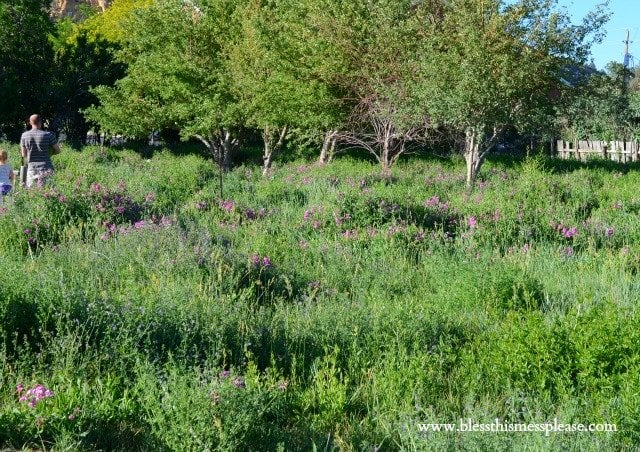 The kids are big fans: 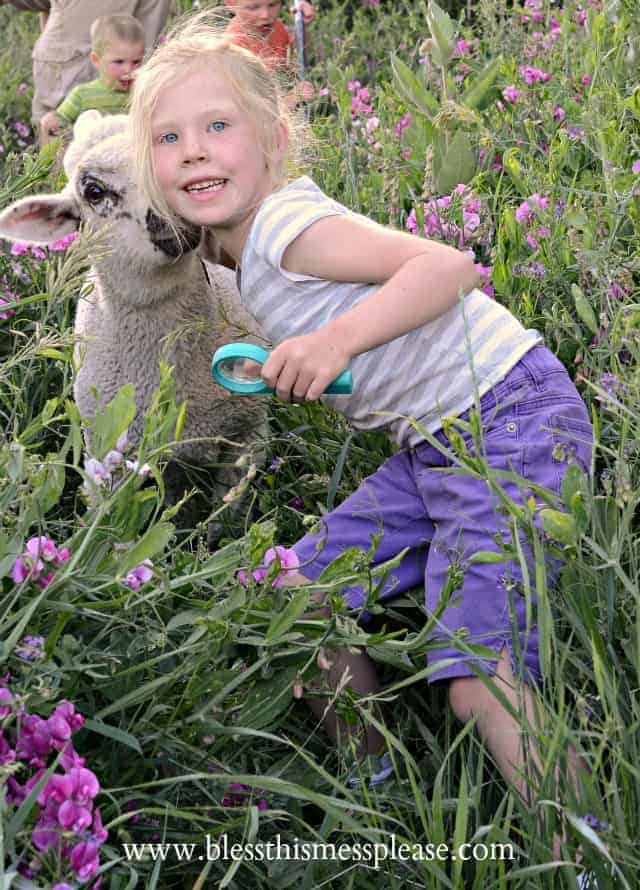 But there's a harsher reality behind all the cuteness. I know that not all of you will agree with my on this, but hear me out.

When Thomas and I were discussing what we could buy to "mow the lawn" - cows, sheep, goats etc. he told me that we either milk or eat whatever we purchased. He's a very practical man and I felt like his request was very reasonable. We are still paying for our remodel as well as this land and things are tight right now. We don't have a lot of extra cash to just be buying pets. At 5 months pregnant with 3 little ones at home, I'm not in a position to be milking something right now. I just don't feel like I have the time or energy, especially since we don't even live on the property. Buying something to raise and then eat was the best choice. There, I said it... we are going to be eating these lambs.

This has been a really tough decision for me. I enjoy eating meat and I know that, for the most part, the commercial meat industry is something pretty yucky that we generally turn our eyes away from the truth. I've made and effort to buy elk in the past years and try to be conscious of the commercial meat that I buy. Raising our own meat seems like a really good option for us and something that feels responsible.

When I look at these lambs I know that they are happy and healthy. They will live a happy life wandering a pasture and frolicking as they please. I feel like they are living up to their full lamb potential and then fulfilling their purpose as an animal. Let's be honest, if it wasn't me buying them it was the next guy in line who planned to eat them too. I at least know that they were well cared for and happy during their lives. Am I justified in raising an animal with the full intent to kill and eat it? I feel like I am and that I'm doing it in the best possible way.

Do I still struggle with the idea? Yes. Can I really eat something I've raised? That's the plan. I've been forth-right with the kids from before we even got the lambs. They know what the lambs purpose is. We go and check on them but we don't make a huge effort to make them our friends or our pets. We do pet them and love them but we don't spend a lot of time trying to bond with them. I think that having the lambs on a property that we don't actually live at helps too. We don't see them constantly. Will I feel sadness the day they aren't there? I'm sure I'll cry, but I don't think I'll feel regret. I hear that the first animal that you raise for meat is the hardest to part with. We'll have to see if things change in the future.

Again, I know lots of people won't agree with my point of view. I don't do negative comments so don't expect them to be published. Just know this decision wasn't made without thought and care.

Seriously though, spending your life in a sweet pea patch has got to be the dream for a lamb. It's so ridiculously cute to see them out there in all of the flowers. Sometimes I feel like it's straight out of a Downy commercial and the lambs should jump into a basket full of clean white sheets for the full effect!

We are so excited to be stewards over these kind and beautiful animals and are really excited to be expanding our hobby farm that we've been dreaming of for years.

I love numbers so I thought I'd throw all this in because I know I'm not the only number nut.

We bought the lambs for about a $1 per pound which was the going price at auction in our area when they were purchased.

I paid $55 for Snow White and $65 for Freckles which put me at $120 for the pair. There was an old metal trough that still held water on the property, so I just washed it out for their water and we have no cost in food. We got the fencing from my father-in-law who has lots of "treasure" just laying behind his house. We plan on them "being on pasture" their whole lives. When they eat through the quarter of an acre we fenced off for them we'll move them to another quarter. If that doesn't happen until the garden is done we'll just let them have free reign on the property until the fall. The idea is to just keep them as long as there is food for them to eat, which should be until about the end of November.

It will cost $60 per lamb to have them killed on site (less traumatic then being transported and then killed) and then processed which includes flash freezing (which lends to better meat quality). So I'm already at $240 total for two lambs and I have no idea how much meat I'll be getting back. I think I should be getting about 150 pounds of meat (bones included), but we'll just have to see on that. So I have no clue on how cost effective this is, but that isn't really the goal either.

I've had a few questions about the lambs already so I thought I'd address those too!

A friend asked how much work they were compared to chickens - chickens are about a 3 on a 1 to 10 scale and these lambs (after the initial setting up of their fence) have been a 1 so far. Their food is all around them and their water trough is huge, so I have literally done nothing more than check on them since we got them a few weeks ago. They take care of themselves because they have what they need!

Another friend asked about their wool - we don't plan on having them sheared because honestly they won't be around that long. I have thought about getting the lamb skins back and having them cured so that we could make a blanket or something but that is yet to be determined. I think it's pretty expensive to have that done but I haven't looked into it yet.

There you have it! Our two newest additions to our hobby farm.

Do you have any questions? Do you think you could raise an animal for meat? Do you still like me even though I plan to eat a lamb? I sure hope so. This post was hard for me to write but it's something that is important to me and I wanted to share it with you.

Thanks so much for reading.