We moved into the house Labor Day weekend. We found replacement renters to fill our contract and we were on our merry way. We had only been in our apartment for five months prior to moving into the house (and I had a baby in that time), so some things were still in boxes. We stored lots of things and moved in only what I thought we would need. We starting working on the house every night and made good progress. It took around six weeks to take all of the walls down and to remove the "junk" from the house.

Thomas removed the chimney that was between the kitchen and bathroom. Lucky for you, I got it on video! He started by removing the bricks at the bottom of the chimney in the basement. When enough bricks were gone from the base the whole chimney fell to the basement. Then every single brick had to be carried out. It's a pretty long video but the actual chimney falling at the end is pretty sweet.

Small bedroom at the front of the house:
Finding the old finishings was a lot of fun. This linoleum covered a hard wood floor, which you can see at the top of the picture. 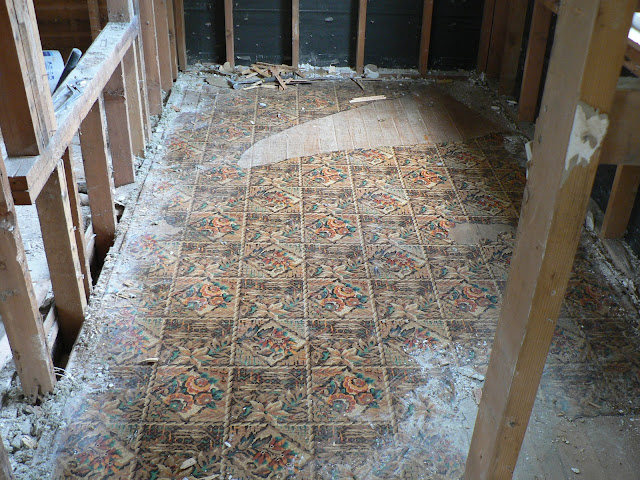 Living room from the front door: 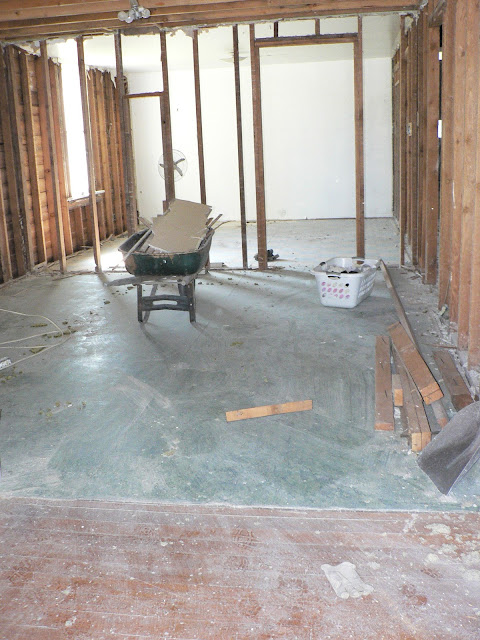 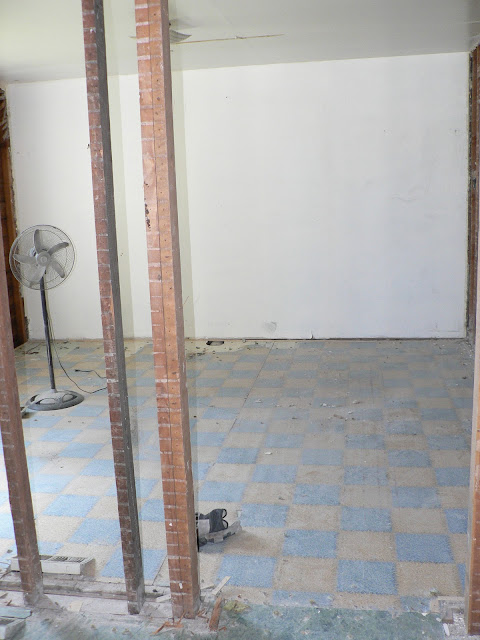 While Thomas was at work during the day I worked in the yard. The kids loved playing along side me and I got a lot done. Here I am with the pile of overgrowth that I cut down, and check out how green that grass is! 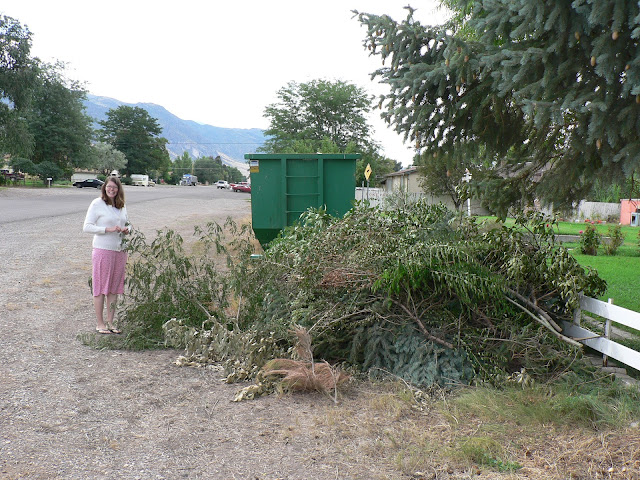 Now, what does one do with a half-a-house load of junk?  You put it in a 40 cubic-yard dumpster, of course! We rented this dumpster for one month and Thomas single-handedly filled it to the brim.  I don't have any pictures of it all the way full, but it sure was!

When the dumpster was emptied, it was weighed.  We put fifteen tons of waste in it! Fifteen tons! 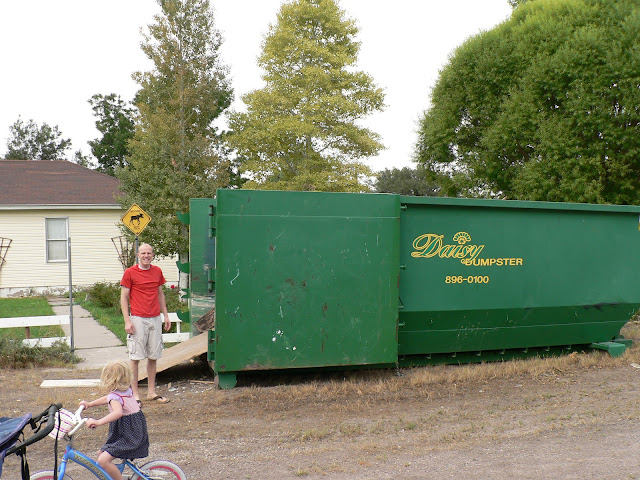 The board ramps were to help the wheel barrow get to the top of the pile. You can see the white kitchen cabinet drawers next to it. I still have them and plan on doing something with them. 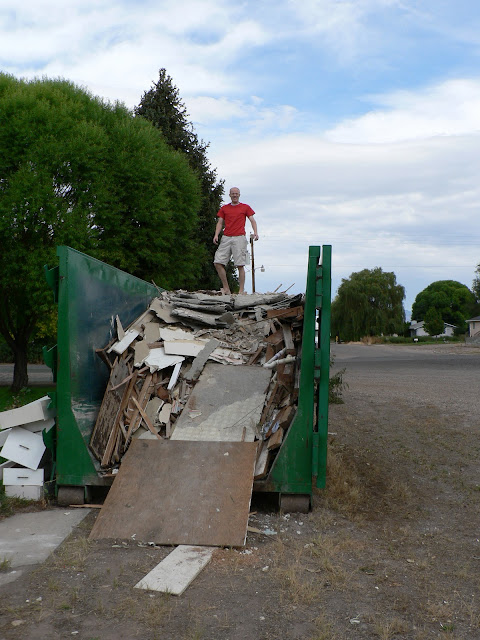 Thomas's first major project was to figure out the stairs.  It took him and his dad a full day, but they did it!  The layout and flow of the house will be so much nicer with the stairs in a central location. 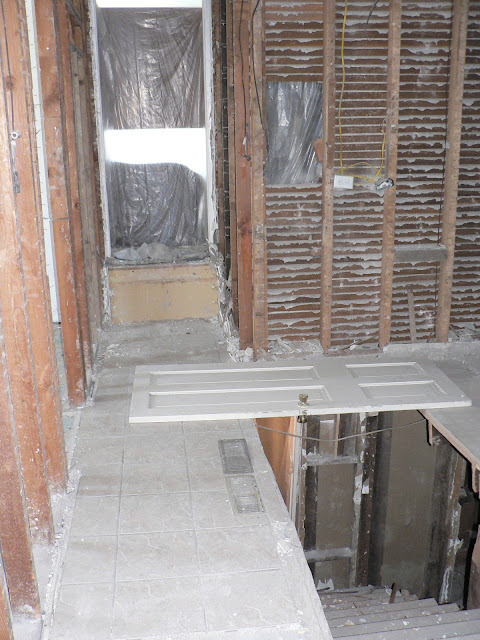