I've been spending lots and lots of time in the garden and really enjoying it all, so I thought I'd show you all how things are coming along including a few new additions to our little hobby farm.

First up, the garden.

The garden is large and growing and I feel like I'm losing the battle with weeds. I did a great job keeping up with weeding last year, but this year it is quite the mess. I have this mental picture of a weed free garden with nice straight rows and my reality is so far from that. I was over weeding and watering one morning and I just felt so grumpy and overwhelmed with the whole thing. My garden looks nothing like my neighbors and I felt like a failure. That night I was prepping onions, zucchini, beets, and peas to roast for dinner and I realized that all of my effort, even if the garden doesn't look what I want, is still worth it. The vegetables and plants are growing with little more than dirt, water, and sunshine. I'm grateful I have land to garden on. I'm grateful I can feed my family healthy beyond organic food, and I still enjoy the process, losing the weed battle and all. 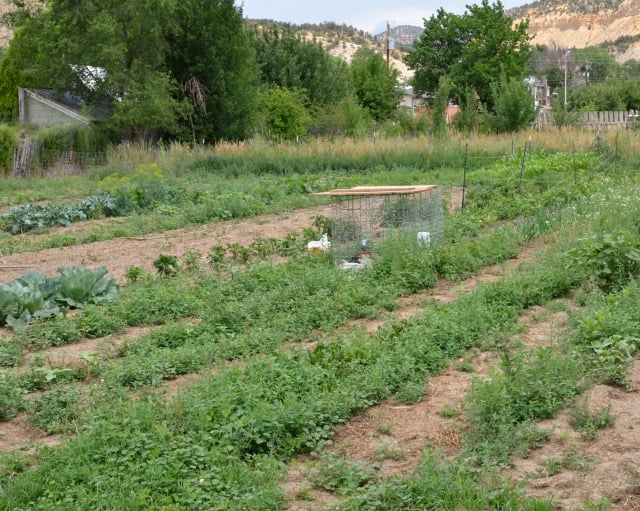 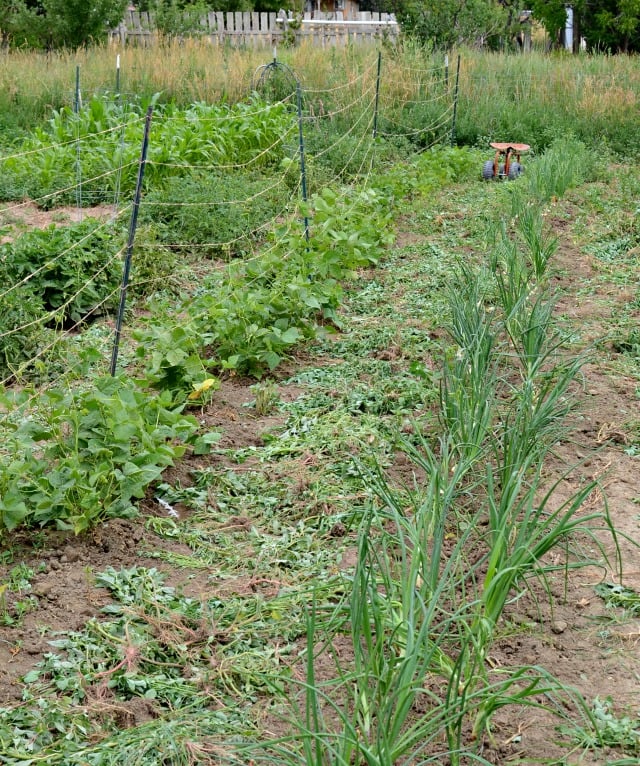 My radishes never made a bulb at the end of the plant to eat; they went straight to seed for some reason. The radish flowers are quiet pretty though and I'm trying to collect the seeds for next year. 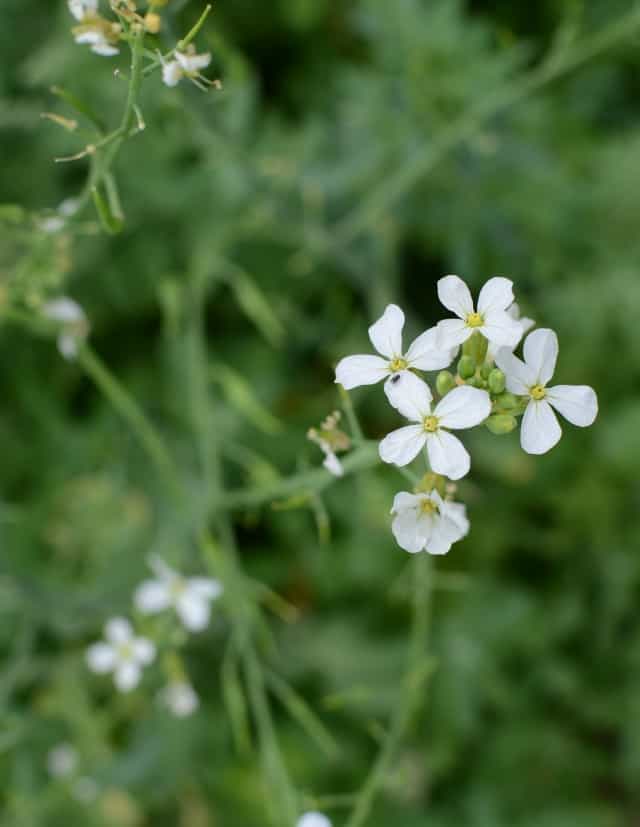 I'm trying all kinds of new things this year including collards, broccoli, and this very adorable celery. I think that celery from the store is yucky so I thought we'd test the theory that garden vegetables are always better. Time will tell. Isn't it cute though! 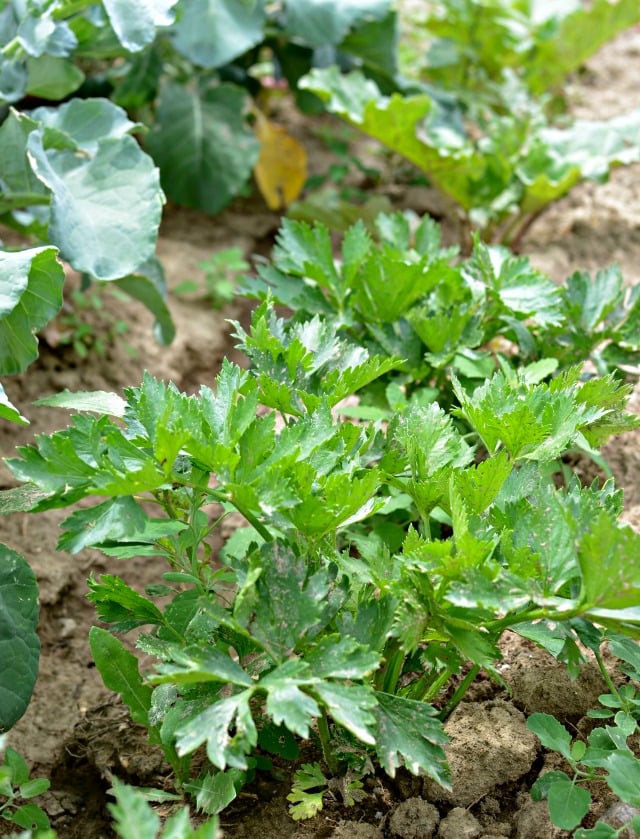 "Cabbages, cabbages, barely even human!" in you best Pocahontas song voice. Sing it with me now! 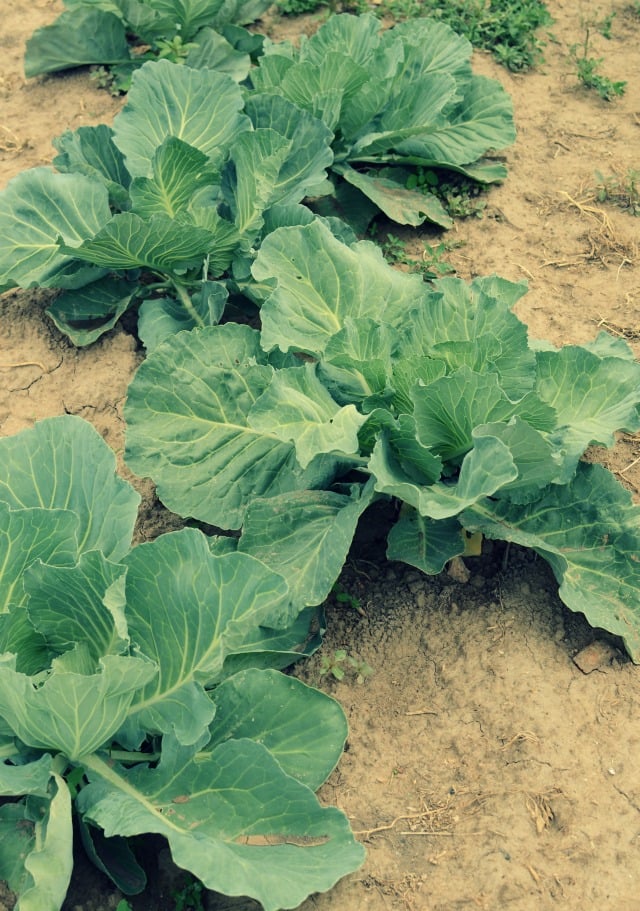 I have lots of herbs this year. Mint, dill, sage, basil, and this parsley are just starting to be pickable. 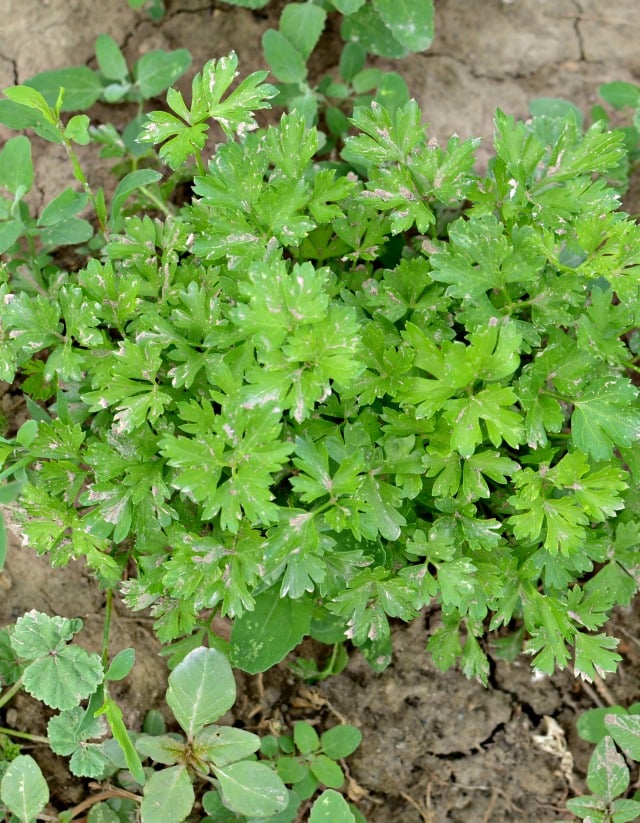 Our bunny adventure hasn't gone too well. They dug out of the pen I had them in and two were killed by a skunk in the night. It was really sad to find their little bodies, but we had a funeral and buried them. We caught the surviving bunny and put him back in the pen for a while, but he is so good at digging out. Now that the skunk is gone (I live trapped it and got rid of it), he's happily living in our old Shanty house. I keep food and water for him on the outside of his pen and he hops over to say hi when we come over. He seems really happy and I'm not worried about him being out. The property is still completely fenced in, so he can't get out, and the skunk is gone. He does eat all of my carrot tops though. He's pretty much living the bunny dream. 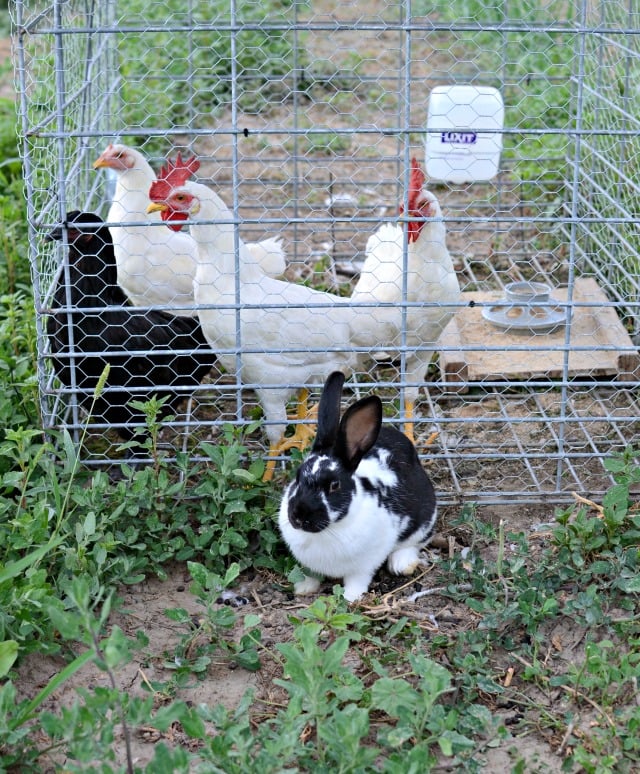 Freedom! I set my bowl of chicken scraps down and he hopped right over and snatched a piece of toast out. So cute! 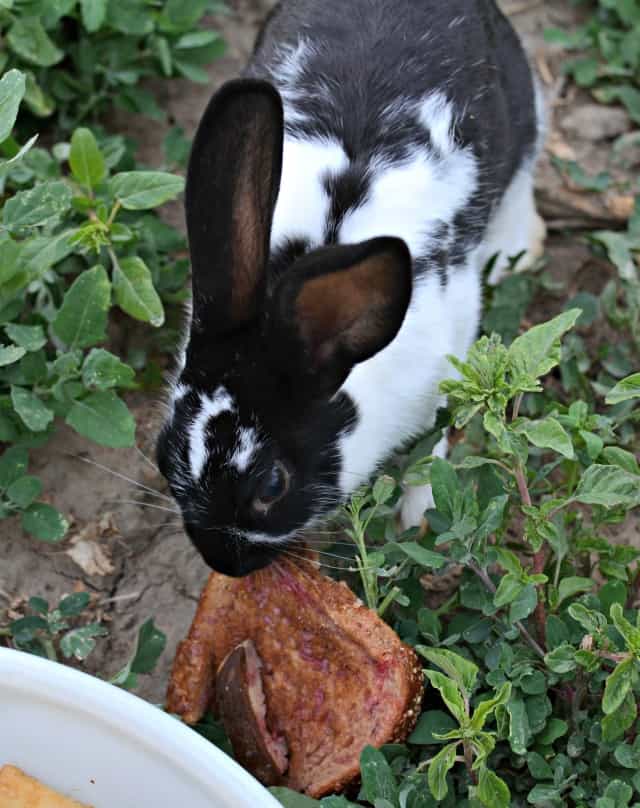 We also got lambs for meat again this year. At the end of the summer last year I had sworn off raising lambs. They kept getting out of the fence and I was way too pregnant to chase them. After a whole winter of enjoying the meats of our labors I had a change of heart. We are raising one for us this year and three for friends. We'll sell the three at market price and make a enough to cover my initial lamb purchase and then a little more. You can read my thoughts on raising animals for meat here. 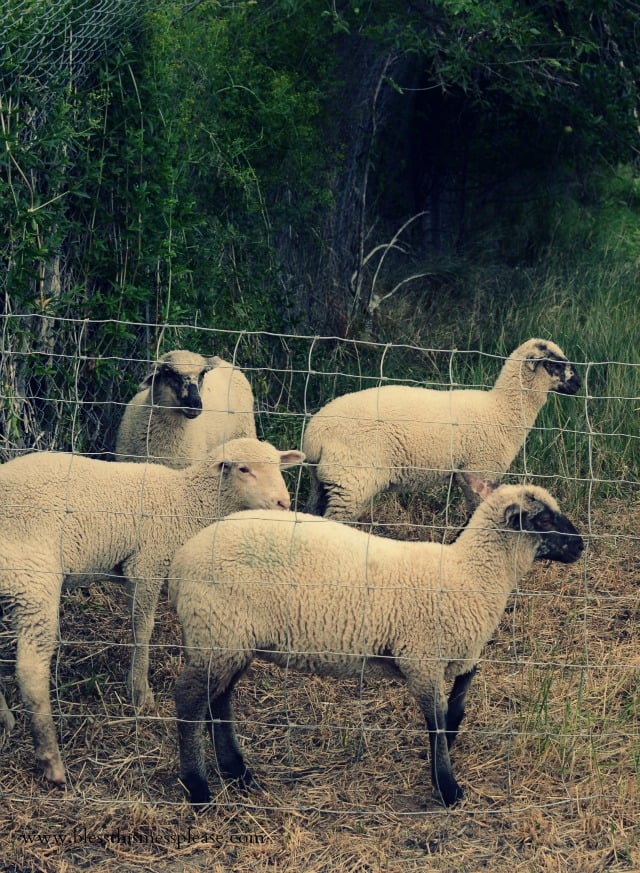 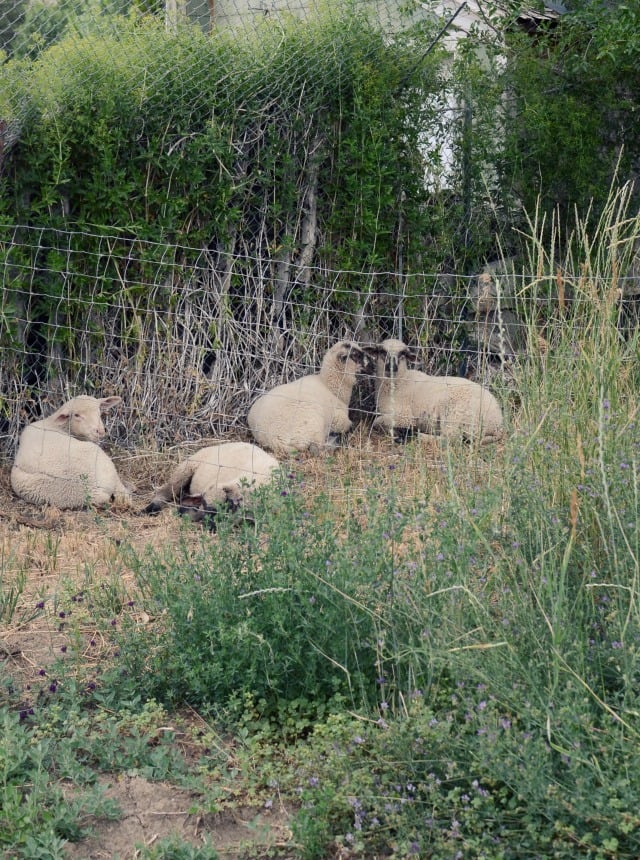 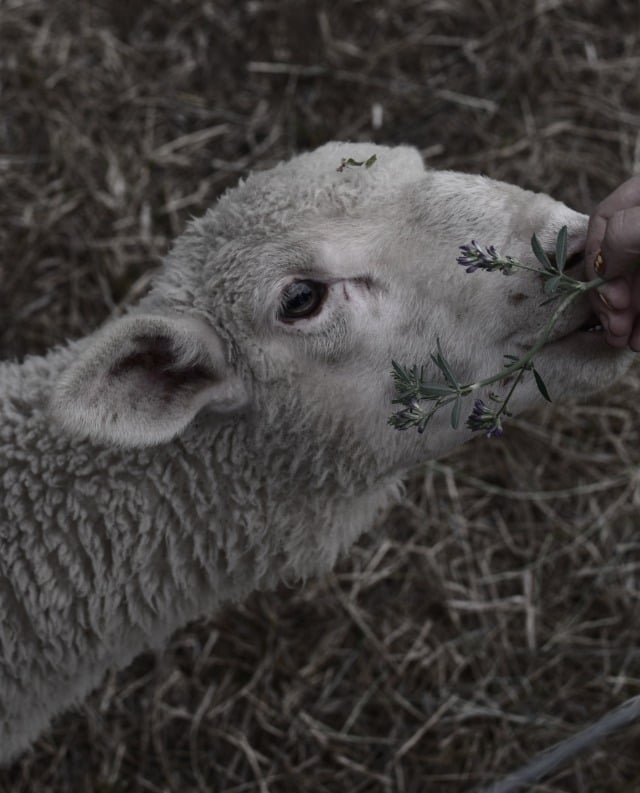 Aren't they cute? They are super skiddish this year, but that's ok.

It's an off-year for fruit at the Shanty (no apples, pears, or peaches) but it seems to be an on year for the rest of the town when it comes to apples. I know I'll be able to find enough to eat and maybe make a little applesauce.

The chickens are a bit of a mess. I have too many in too small of a coop which means they peck on each other and they have even started eating their own eggs. Like eating ALL the eggs. It's so frustrating. So I just let them out of their coop/run to roam around the garden which means they lay their eggs anywhere they want. They are happier and healthier, but I'm still getting no eggs unless I can find where they laid them. I have over an acre of densely grown grass and sweet peas which means finding a nest is rare. I need to figure something out soon though because they are hard on the garden too. I did have the idea of making a bunch of 5-gallon nesting boxes and putting them around the property. I hoped they would lay in them and then I could find the eggs easier. So far that hasn't been the case though. 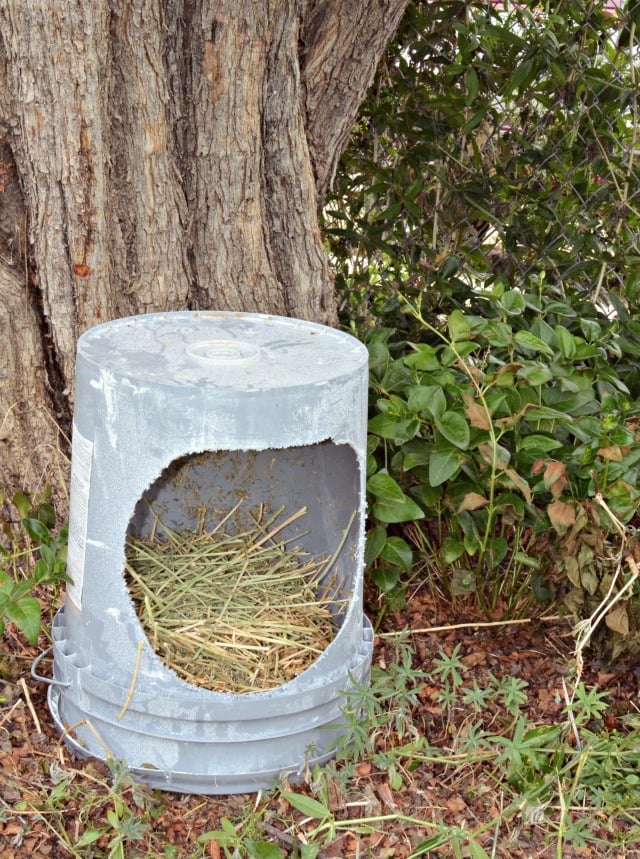 The property is just so pretty! The sweet peas are in full bloom and it looks like a fairy land. 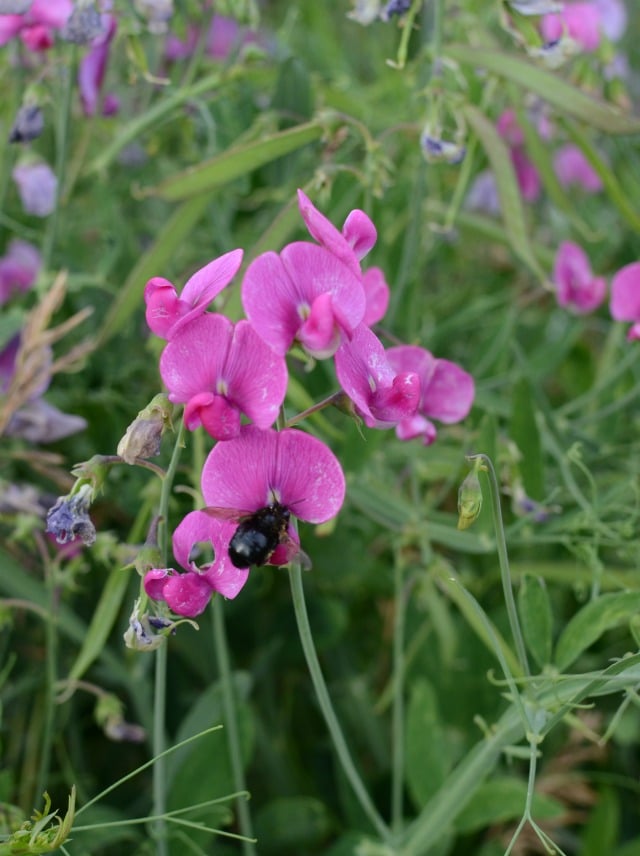 The kids have even carved themselves out a "sweet pea fort" under the apple trees. This is where they play while I'm weeding. 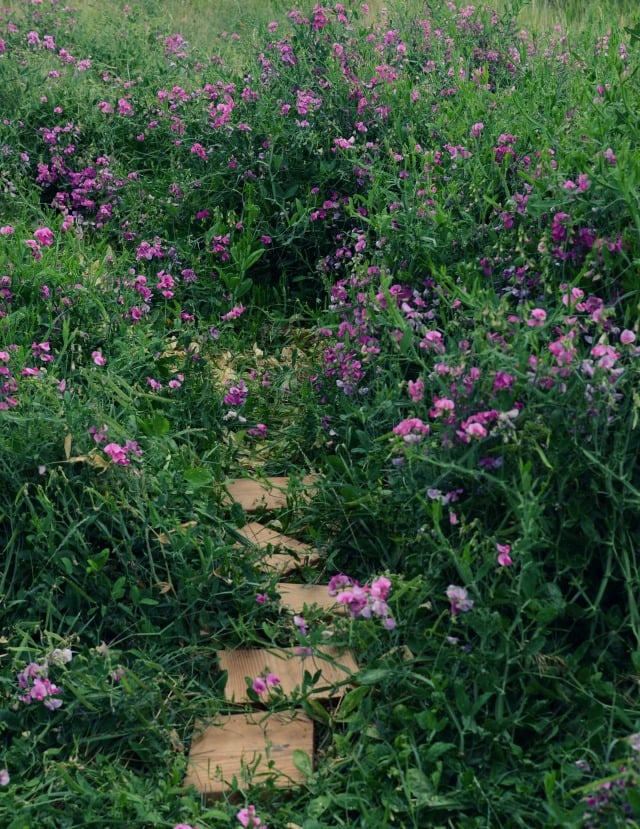 Too bad The Shanty isn't fixed up yet. I'd love for this to be my backyard. 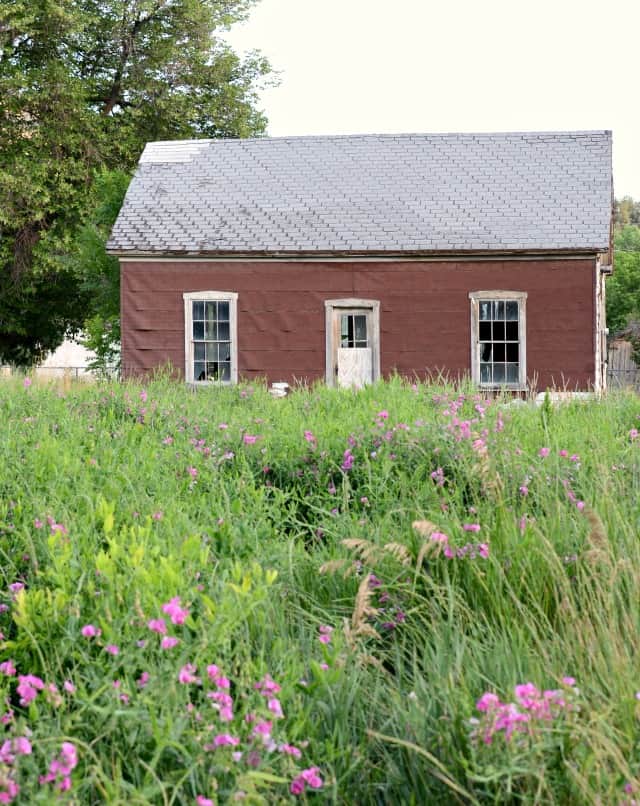 So there you have it. A little hobby farm update and a whole lot of pictures. 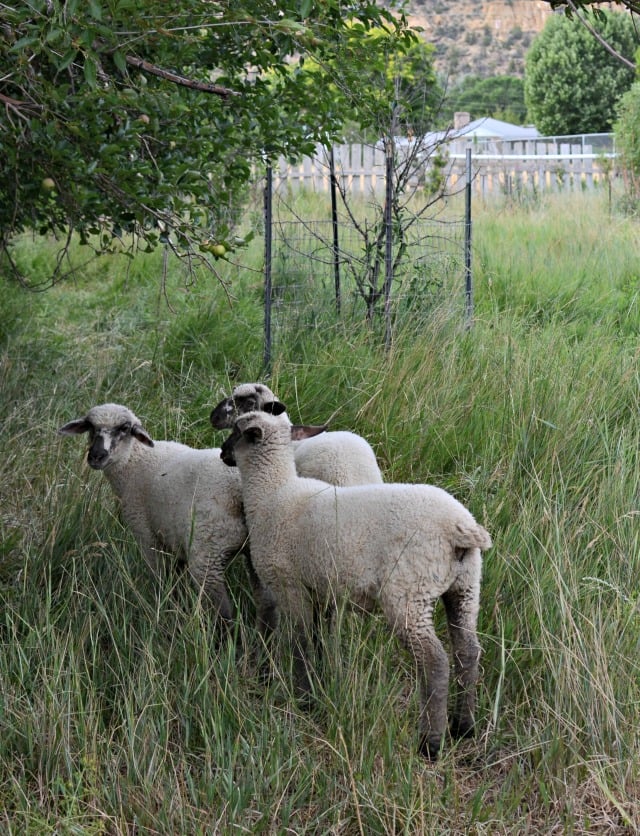 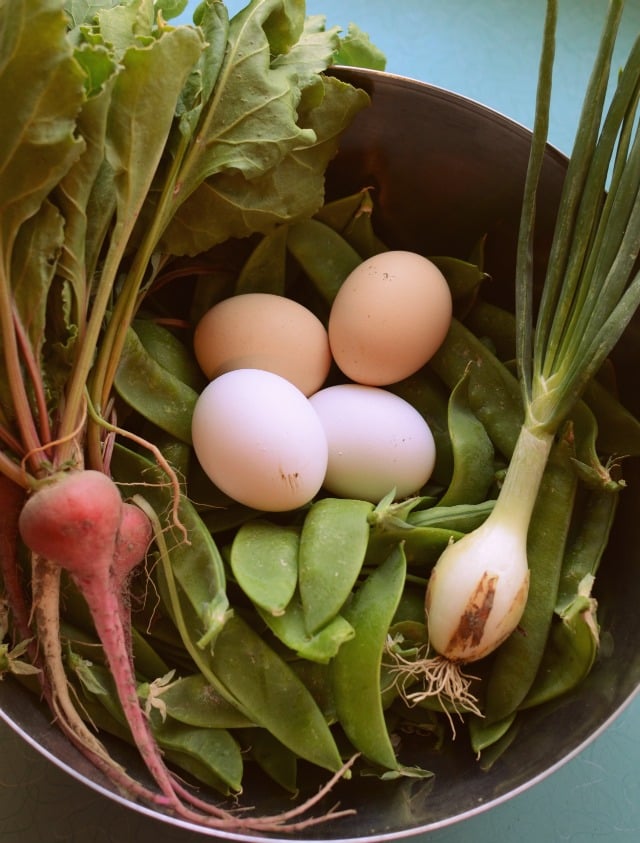 What are you harvesting in your garden now?! I'm just itching to get my first red tomato! That should be in a week or two.

Thanks so much for letting me share my adventures with you.

« No Machine Chocolate Truffle Ice Cream
15 Burrito Recipes - because you can never have enough Mexican food in your life! »
Craving More