We enjoyed an awesome short vacation in Yellowstone and Idaho this weekend. I went to the garden first yesterday when we got home to check on everything and I just couldn't believe the difference that 5 days made. I picked 26 yellow squash and zucchini, most of which were ridiculously huge, green beans that are as thick as my thumb, and my first ears of sweet corn were ready! I was marveling at all of the changes and weeds when I realized I'd better get this garden post up because the pictures were going out-of-date fast.

So here's a little update on how the garden is doing. The pictures are a week and a half old or so and it's already looking different. I'll have to post again!

I have had years and years of tiny apartment gardens or no garden at all, but this year has made up for it all!

Here's the post where I first introduced you to the garden this year.

I thought to start a few then and now pictures would be fun! It's absolutely shocking how much things change over such a short period of time. 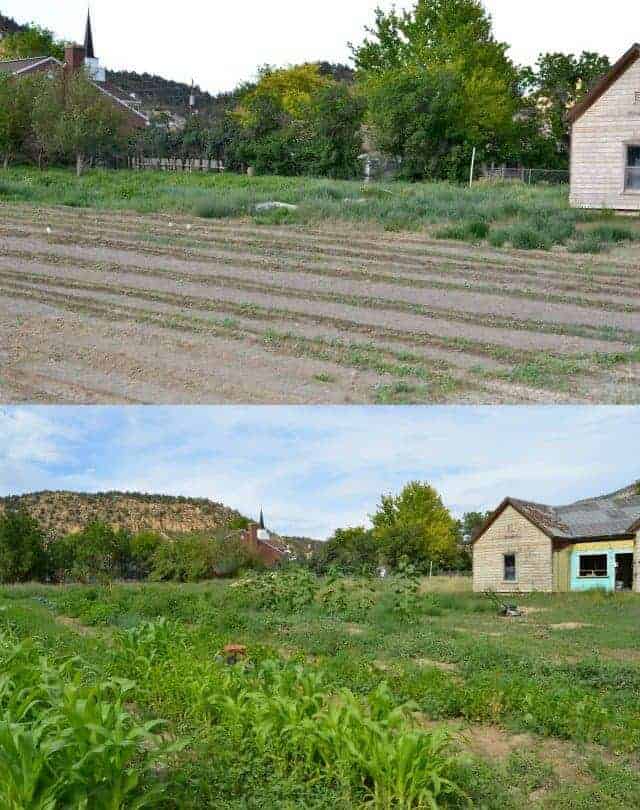 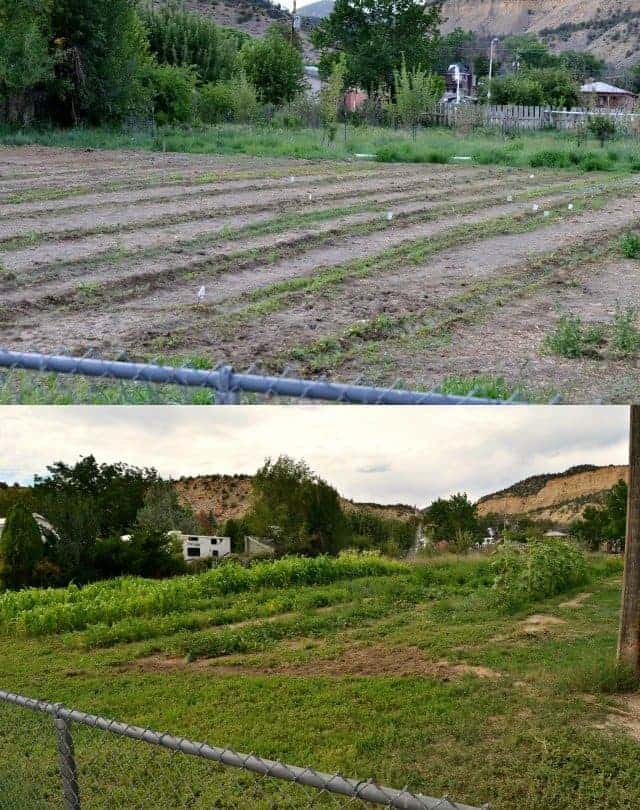 Amazing what a few weeks will do!

Here's the first set of sweet corn that I planted. The plants are tiny and they shot out their tassels way fast. So now they are about 4 feet tall and have one tiny ear on them each. I picked the first ears tonight! They are hilarious in the their smallness but my kids thought they were grown just for them. I might have to eat three or four to get my fill, but hey, I can say I grew them! The other corn that I planted is much more normal in size, so hopefully we'll get lots of nice big ears to eat and freeze! 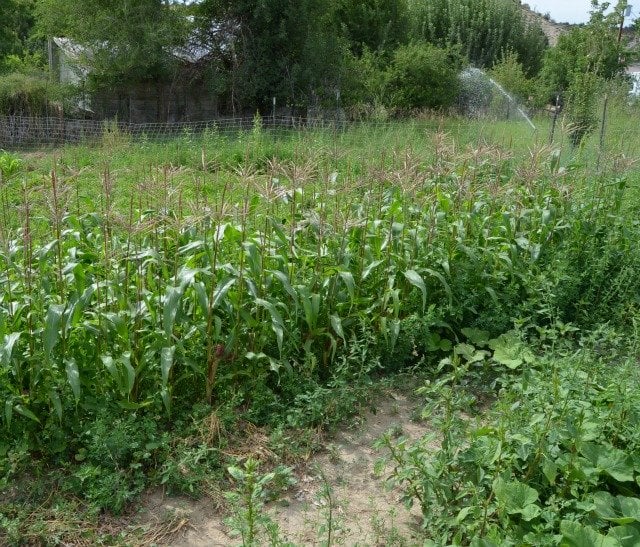 Not only do I love to grow vegetables but I adore having a few flowers around that I can cut and bring inside. My husband isn't much a flower giver (we are both way too practical for that), but I have no qualms with having flowers that I can pick and give to myself. What is it about fresh flowers in a room that are so inviting? Zinnias are definitely my garden flower of choice. They are gorgeous, last really well as cut flowers, and my Poppa grew a row of them every years in my childhood garden so they are very comfortable and homey to me. I also grew some Black-eyed Susan and marigolds. The hummingbirds and butterflies love them and so does my six-year-old. She often picks a bouquet just for her to keep in her room. 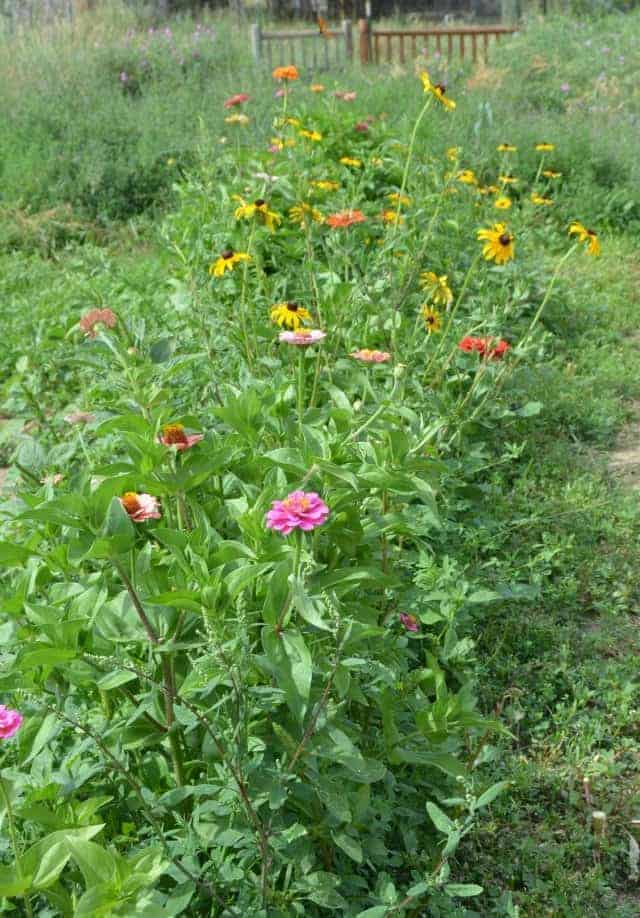 Besides the usual gardeny things (you know, tomatoes, green beans, and bell peppers) we tried our hand at melons. We've been pleasantly surprised at how well they've done and are just itching to find a ripe one to try. We have lots (around 20) of cantaloupes on the vines and even a few gorgeously large watermelon. I just hope we can figure out when they are ripe! 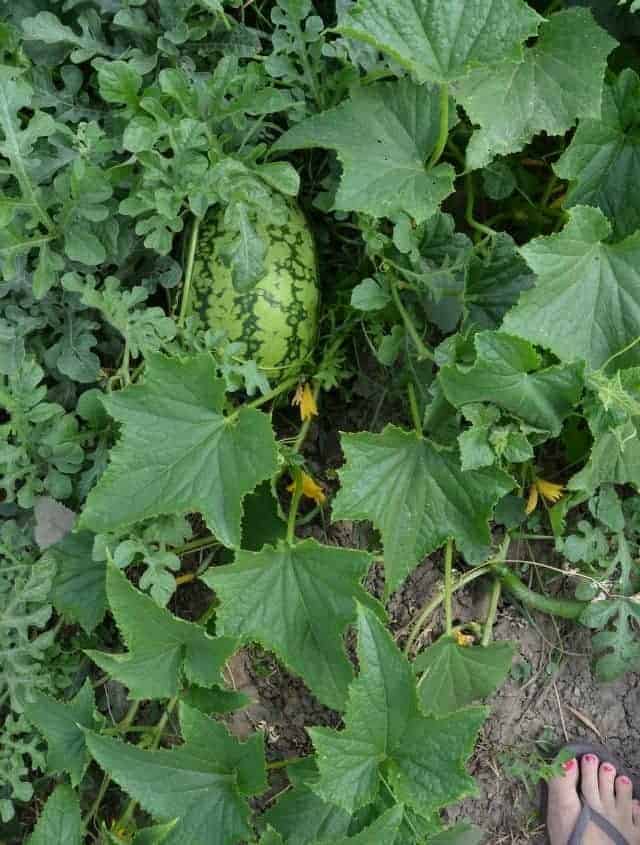 I planted a handful of leftover winter squash seeds and I've also been really surprised with how well they'd done. I have some huge basketball-sized acorn squash and lots of little butternut squash growing, growing, growing! If I can keep the squash bugs at bay I think I'll have a good little harvest! 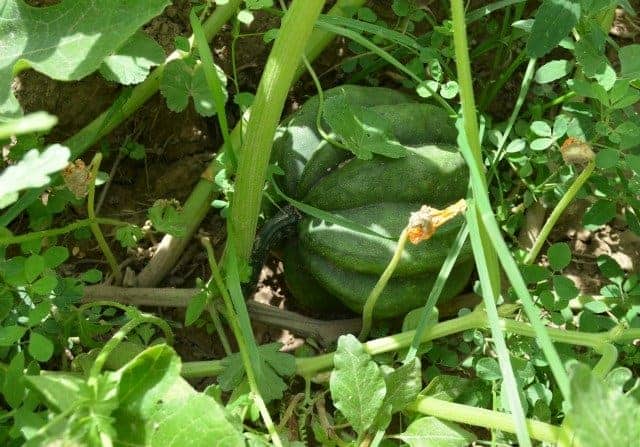 I've also had lots of surprising luck with green cabbage. The heads are just so perfectly round and pretty. The red cabbage on the other hand is a total flop. It's huge and has grown a million giant leaves but it just won't form a head in the center. Weird.

Here's a funny story. So my 19-year-old brother is living with us this summer and he's been a great help in the garden. He's also a bit of a nut. Do you remember that song in Disney movie Pocahontas that says something about "Savages, Savages, barely even human!". Well, every time he walks by the cabbages he sings, in a very loud and ominously deep voice to the tune of that song, "Cabbages, Cabbages, barely even human!" It is SO. FREAKING. FUNNY. Seriously... can you imagine what you would think if you heard someone singing about cabbages in their garden. I laugh out loud every time he does it and I can't walk down the row without thinking the same thing. 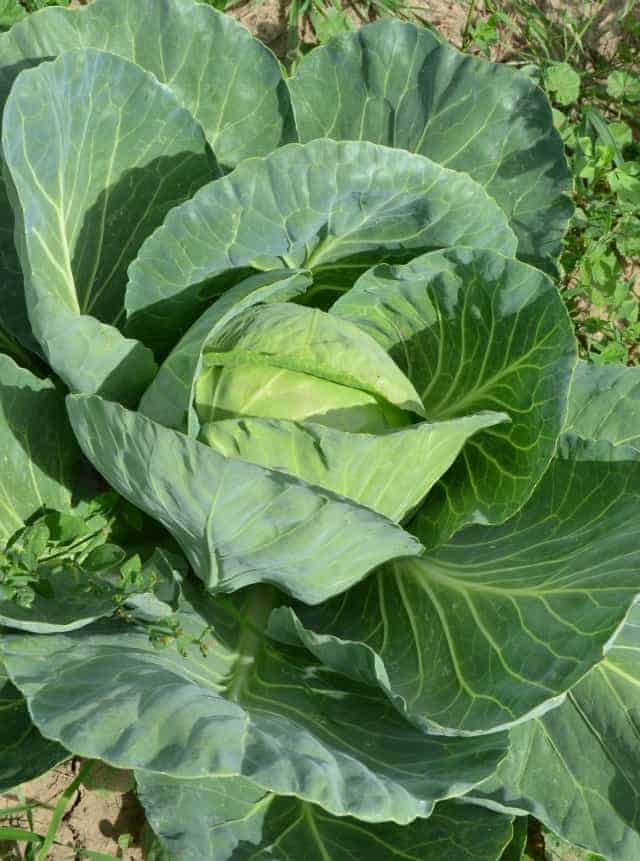 Here's some of this and that. Onions, tomatoes, green beans... it's a bit wild but it's working.  Honest, we weed all of the time; it's just huge! 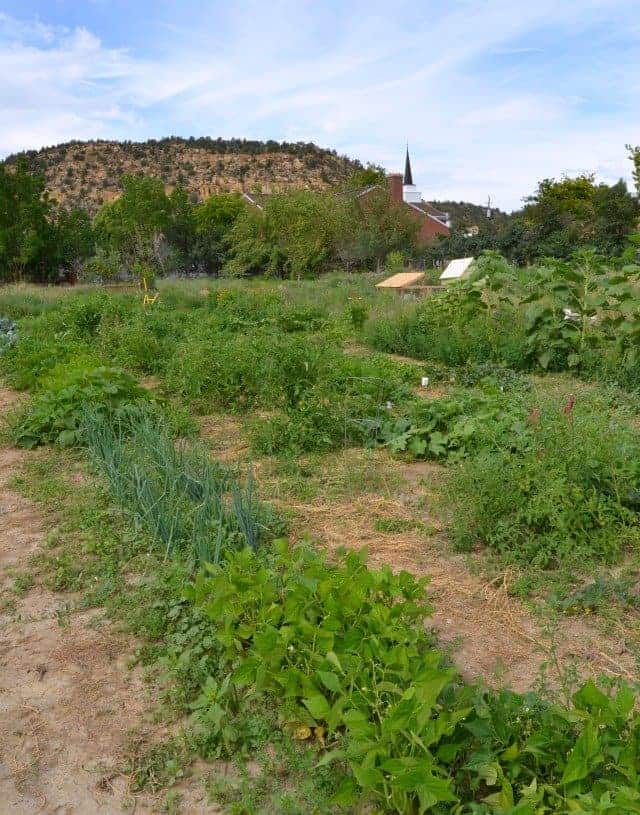 And last but not least, my tale of woe.

If you missed the first post on the garden it essentially said that I had one garden goal this year and it was to grow a 500 pound pumpkin. I bought expensive seeds, hand watered and babied those plants, and lovingly checked on them twice a day. I loved those things. Was one giant pumpkin too much to ask?! Apparently the squash bugs (which are the devil insect for most gardeners) decided they liked my giant pumpkins best and took them out, one plant at a time. Of the 7 seeds that I planted I had 5 plants. And today, I have none. Not a single one! Blasted squash bugs.

A few of the other more traditional pumpkin plants have survived so far and I'm hoping that my nightly bug squashing and bug egg smashing will pay off in the end.

Here are the remaining pumpkins and more corn. But this isn't just any old corn. That my friends is Indiana popcorn that my mom and dad loving packed across the country and then helped me plant in June when they paid me a visit. It's from my Grandma. My Grandpa grew lots of varieties of popcorn in his garden every year. I know most of you are used to yellow popcorn, a few of you know about white popcorn, but do any of you know that it comes in red, blue, and mixed colors too?! It's looks a lot like the ornamental "Indian Corn" that you can buy in the fall for decorating purpose except this is way cooler and you can eat it.

My grandpa passed away in February of this year and Grandma was kind enough to send me out the seed he was saving for this year's garden. I hope to make him proud by continuing in his popcorn legacy. 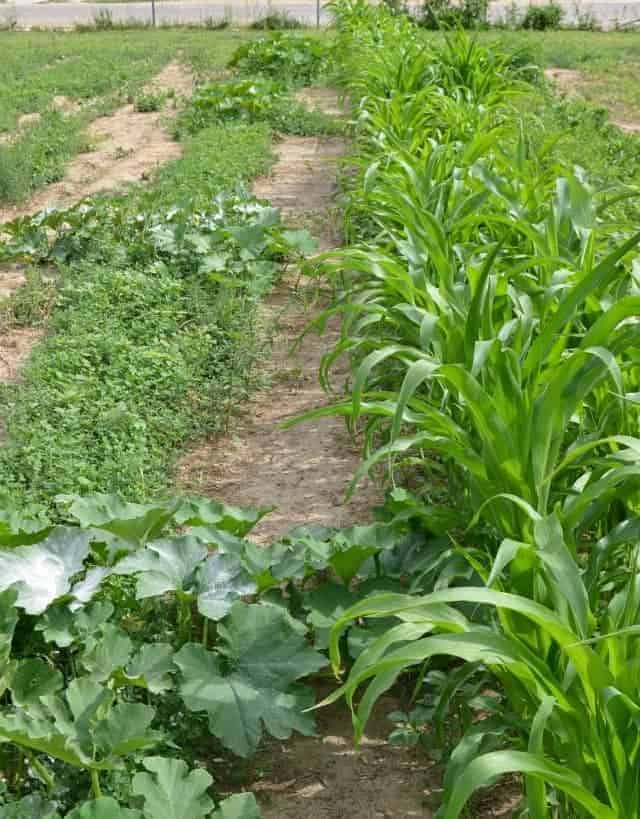 Another funny thing... I've taken to mowing the garden. We don't have a tiller that works and I have plenty of space in-between some of my rows and plants, so I've just been using my lawn mower to tackle the weeds. It works fine and looks a lot better. No shame in faker-weeding when you are 30 weeks pregnant right?!

And there you have it! One gigantic, time-consuming, tasty hobby that I can't get enough of.

Enjoy your day and thanks so much for reading!