I was driving home last night from Salt Lake with only my thoughts to entertain me. The babies had all fallen asleep and the car was quiet without Thomas to chat with. I had spent the day at my first blogger event hosted by Ikea (more on that coming) and with friends I love but have moved far from. I had lots to think about and mull over. One thing that kept going through my mind was home; I was going home. As the distance between me and the busyness of Salt Lake and Utah Counties grew, the more I realized I was happy with the direction I was headed. I loved living in Provo when we did, but now our home is our home.

I turned the car to head in a new direction and there in front of me was the brightest rainbow I've ever seen. The camera hasn't done it justice because it was so vivid! I pulled over to snap a shot and the rainbow stayed bright the rest of my drive home. The closer I got to my house the more I realized that it was ending right behind my tiny town. 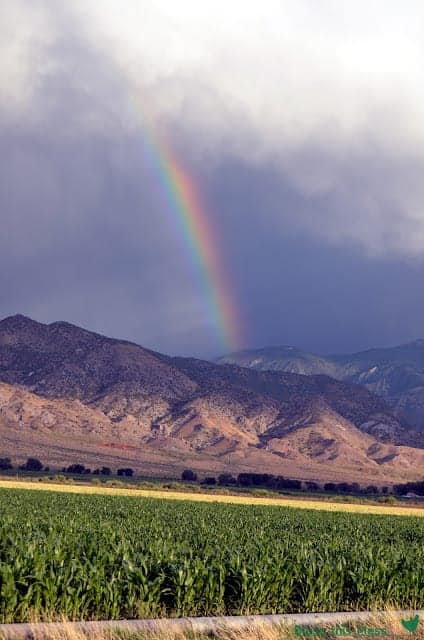 That rainbow led me all the way home. I snapped this picture in my driveway. I kept thinking of the pot of gold at the end of rainbows and dreamed of all the fun I could have with lots of money. Don't we all have this daydream often? 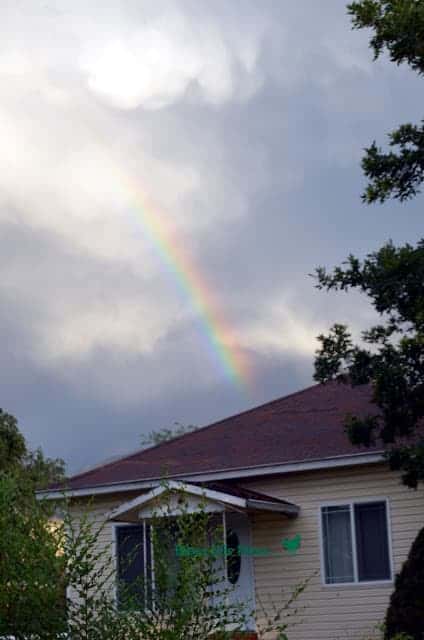 With the babies already asleep, I transferred them to their beds and went out to feed the chickens. I then discovered that there was treasure at the end of my rainbow: my very first home-raised egg! I found it on the ground in the bottom part of my coop. 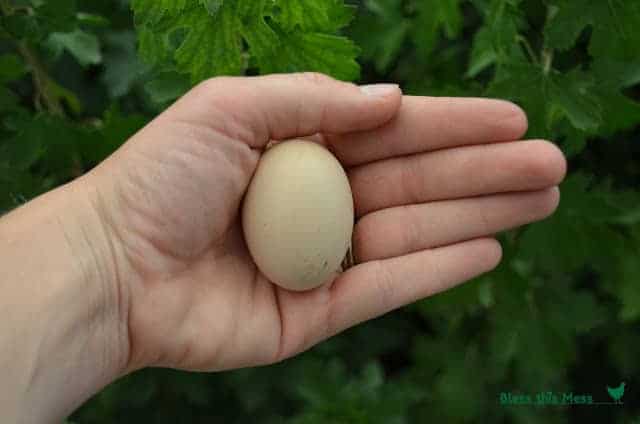 This morning I went out to let the ladies out of their coop and my favorite chicken, the one I assumed laid the egg (she's the biggest), did something strange. She went over to this pile of sticks and crawled underneath. I've never seen any of the birds do this and so I looked closer. I shooed her out and then found another egg! I assumed she hadn't lain it that fast and I had no idea how long it had been there. 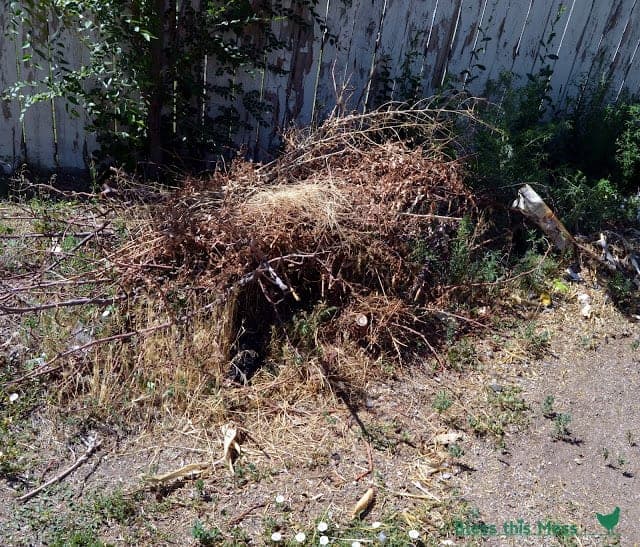 So then I had two eggs, both of which I won't eat because I'm not sure how long they were laying about. 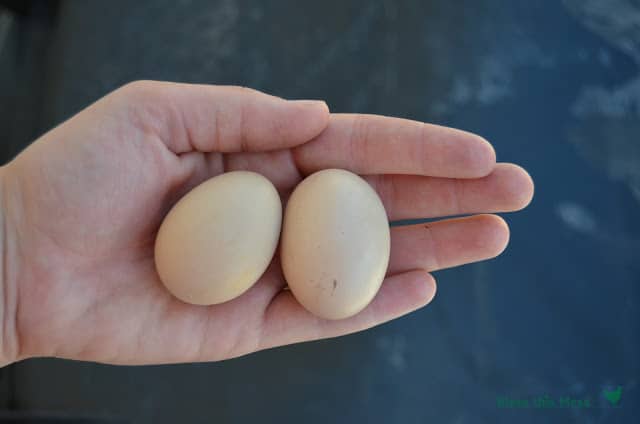 The hen went right back to her little hole and started to make herself comfortable; she planned to lay another egg in the middle of those sticks. I don't want them to lay all over the yard - I built that coop so that they would lay right where I wanted them to. I picked up the bird and closed her back in the coop with food and water. I put fresh straw in the nesting boxes and left hoping she would decide to lay in the box. 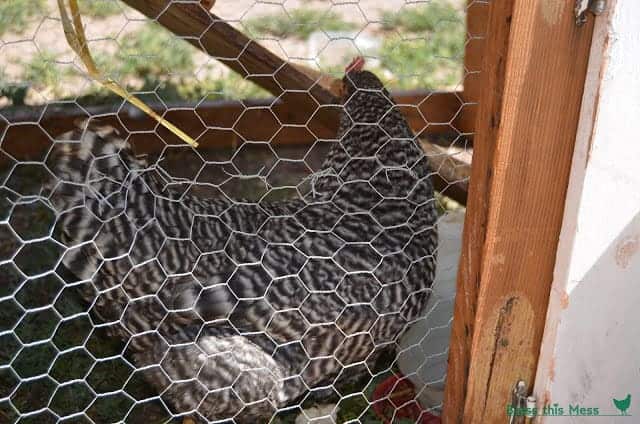 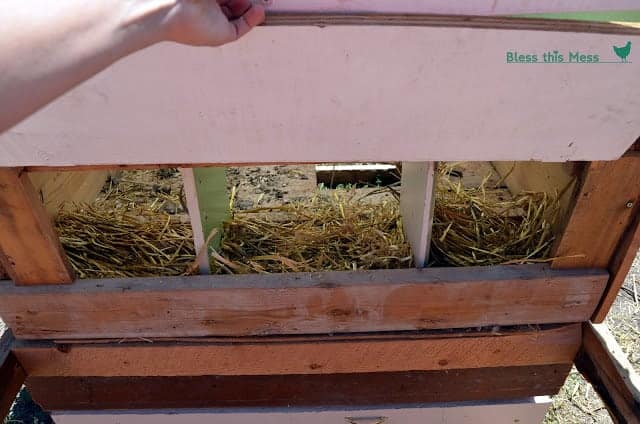 I waited a few hours with no egg and could tell she was super agitated. I let her out and she ran right over to her stick nest. 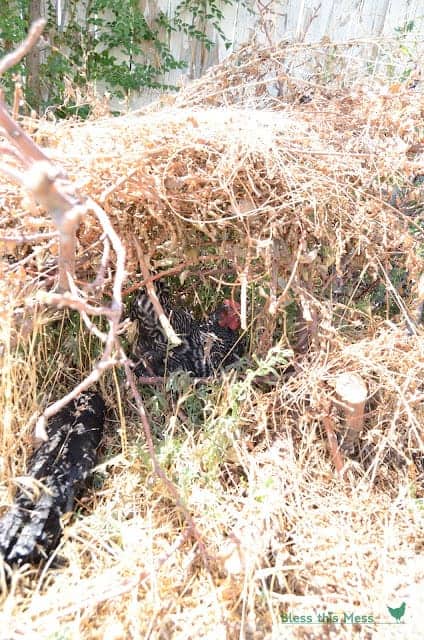 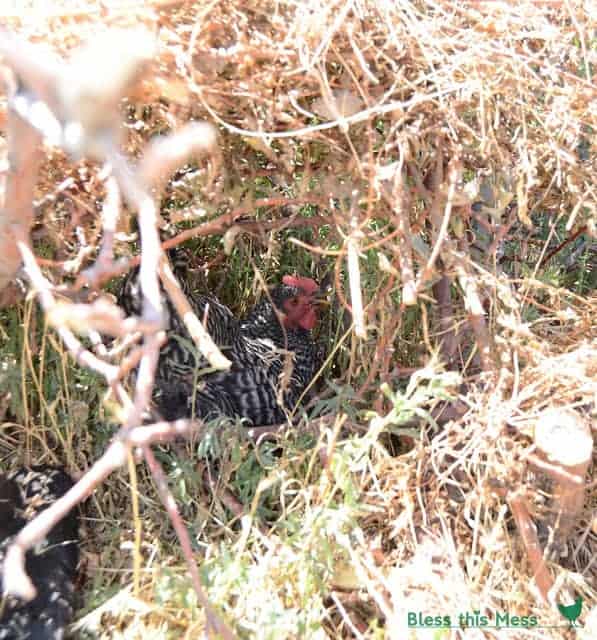 I checked on her fifteen minutes later and this is what I found: 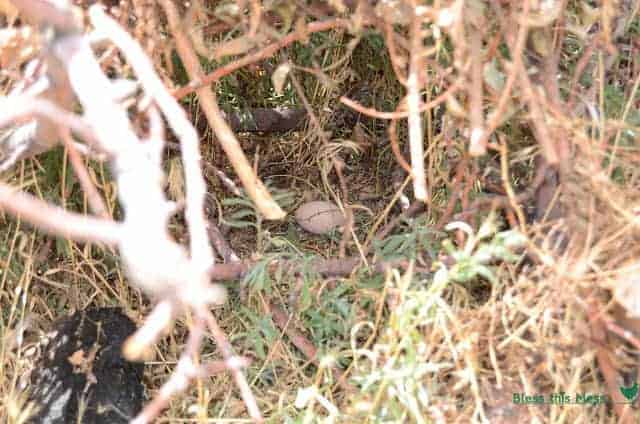 She had indeed lain an egg right there in her little hideout. Isn't that amazing? I got the kids so that they could see the egg, and now we have the very first egg we can eat. I'm pretty sure this fifteen minute post-laying egg is the freshest egg I have ever encountered.

Now, how do I get her to lay where I want her to?

Sharing the joy at:
I Heart Nap Time
It's Overflowing
The Prudent Pantry