Friends, I don't even know where to start... I've done too much ugly crying today and writing this post seems like the only thing that I can do now. Two-thirds of my beloved chickens are dead. Six of my beautiful hens were killed for pleasure by my neighbor's dogs today. A rotten little Chihuahua and Dachshund came into my yard, worked together to killed my birds, and then tried to bite Thomas when he went out to chase them off.
Luckily the kids and I weren't home at the time and Thomas had time to collect the remains and bury them. Can you imagine what it would have happened if my kids were out there, seeing all that, and then being in harm's way?!
I went out to collect a weekend's worth of eggs and found so many feathers. Oh, the feathers. 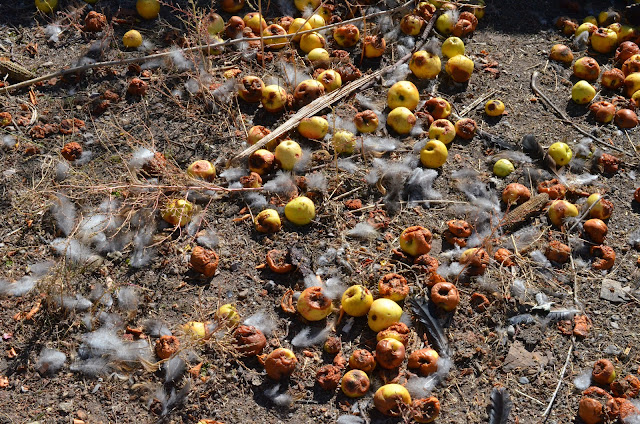 When Thomas initially went outside he thought that all of the chickens were dead and called to tell me. I was miserable. Hours later three hens came out of hiding. My favorite, a giant Barred Rock (black and white speckled), who was very motherly, tame, and definitely the head hen, isn't among the survivors. Now they are confined to just their coop instead of the new run because I'm too scared to let them out. 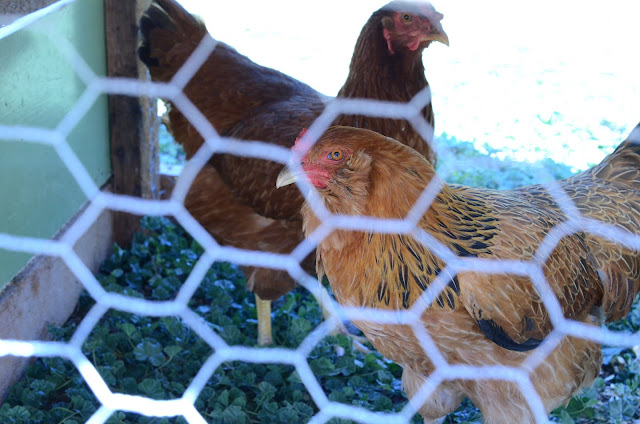 The hens liked to lay behind a big scrap board that is propped against the barn. I moved the board to collect the eggs and was horrified to find blood covered eggs in their nest. One of the girls must have tried to hide there before being chased out again. I lost it when I found those bloody eggs. I tried so hard to give them a happy chicken life, but knowing that it all ended in terror makes me feel sick. 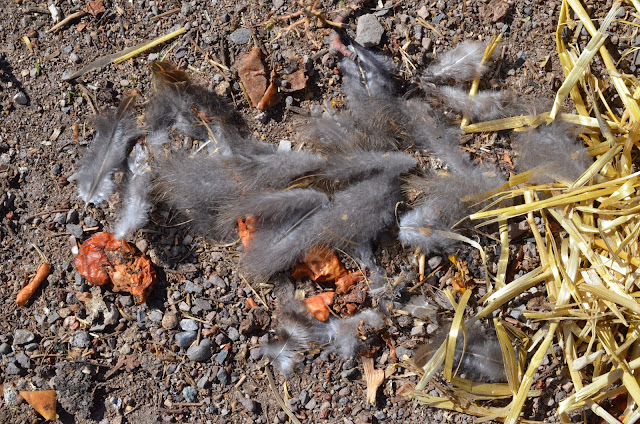 I painted a little chicken (from nail polish) to commemorate their grave. 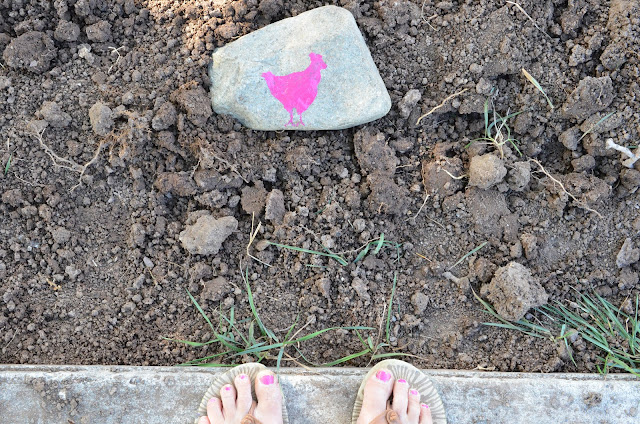 There you have it. My little heart hurts. I know they were just chickens but they were my chickens and I sure did love them. Who knew poultry would make such good pets?

Thanks for letting me bawl on your shoulder.

PS. I actually called animal control after the dogs were chasing a little girl home from school later in the day, and they came and picked them up. The owners haven't been home yet and don't even know what happened. I'll be surprised if they say anything to us though, but I'll let you all know how things go down.