We signed all of the papers (and paid lots of dollars) in the middle of August. We were still renting in a nearby town, so we started working on the house before we moved in a few weeks later. We had our work cut out for us, and that was just in the yard. Thomas worked on getting the sprinklers running so that we could revive the very crunchy grass. The kids didn't mind helping out with this job! 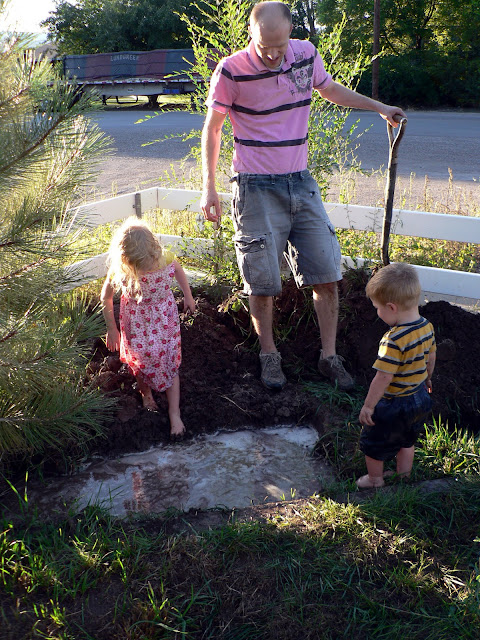 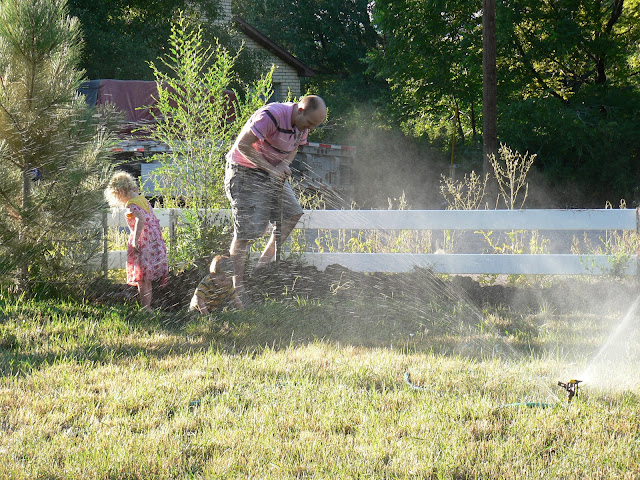 No one had lived in the house all summer. What wasn't dead was completely overgrown. I started chopping and cutting things down and didn't stop for weeks. 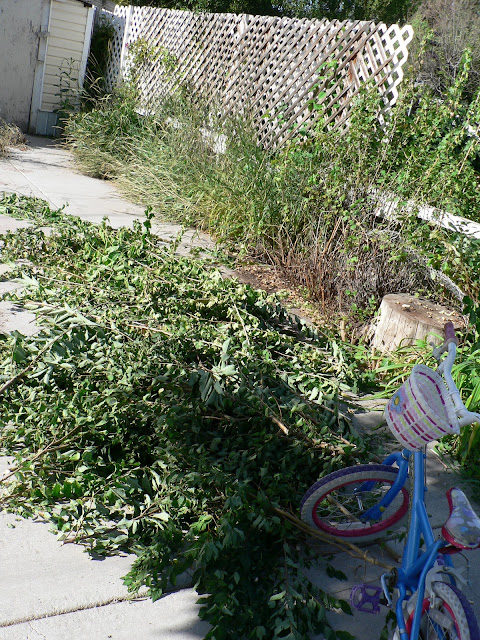 We also started gutting the house.  Lots of people have wondered why we took it down to the studs.  It was in a lot worse shape than the pictures show. Everything was old, saggy, and in bad shape.  A fresh coat of paint doesn't cover bowing walls and sagging ceilings.  The house needed a face lift, not just a little make-up!
We removed a layer of drywall (or two in some places), wood paneling, and then the lath and plaster. Lath and plaster is really interesting.  It's thin slats of wood that are about 2 inches wide and a few feet long.  The little boards are nailed to the studs about a half inch apart.  The boards are then covered with plaster and that is how interior walls were made in the US and Canada for years.  Drywall is now used instead. We found that the few walls that had any insulation at all, were insulated with saw dust.
Tearing out walls in the living room!  It was pretty fun to smash wholes in things at first, then it was just tiring.  Then after everything was off the wall, you had to take it out of the house... it was a whole lot of work. 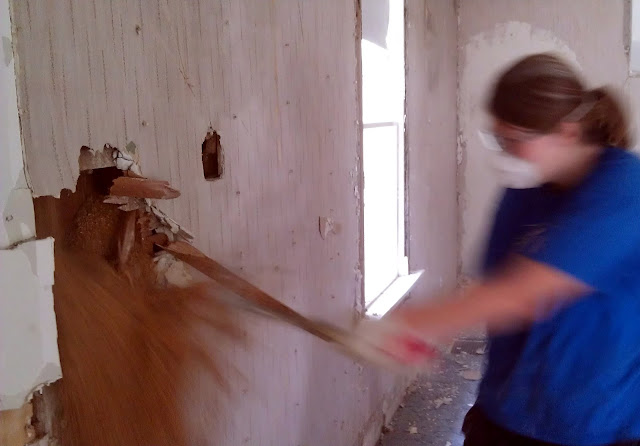 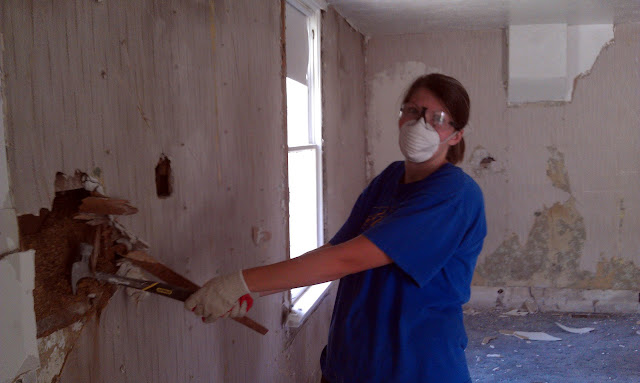 Thomas in the small front bedroom removing the wall between the bedroom and the kitchen. 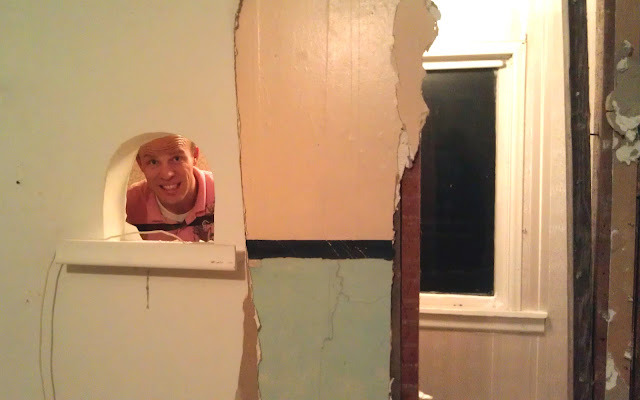 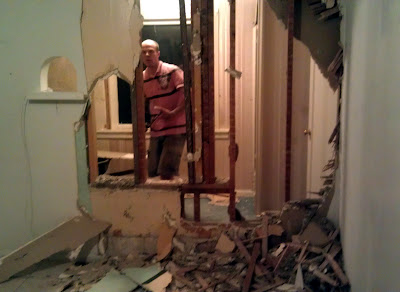 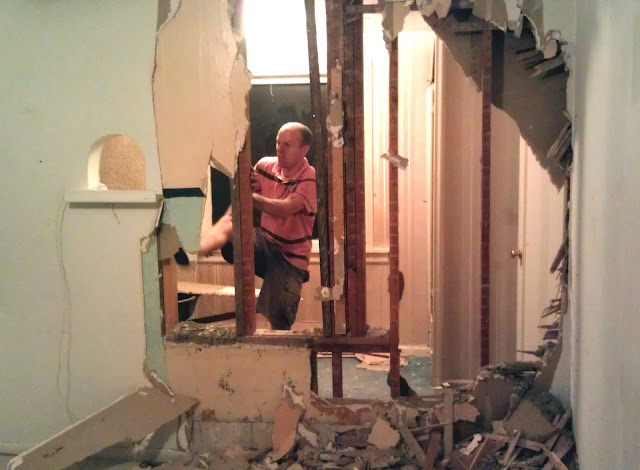 At this point we aren't living in the house yet.  We would have an early dinner with Thomas after he came home from work and then we would drive to this house.  The kids would play outside and I would work outside, and then we would put them to bed downstairs.  I would work with Thomas tearing off walls until 10:30 or 11pm.  We would pack the kids into the car, drive home, shower, and be in bed by 12:30am. It was amazing how much noise the kids would sleep through!
This was exhausting. I felt like we were living in two places.  We started spending long evenings at this house but none of our belongs were there! It was a lot of work to bring things to this house to lay the kids down (blankets, jammies, snacks...), just to take them to our apartment again. It was hard to wake the kids up to take them back. It was also expensive to drive back and forth every day.  These are some of the reason that we decided to move into the house while renovating.