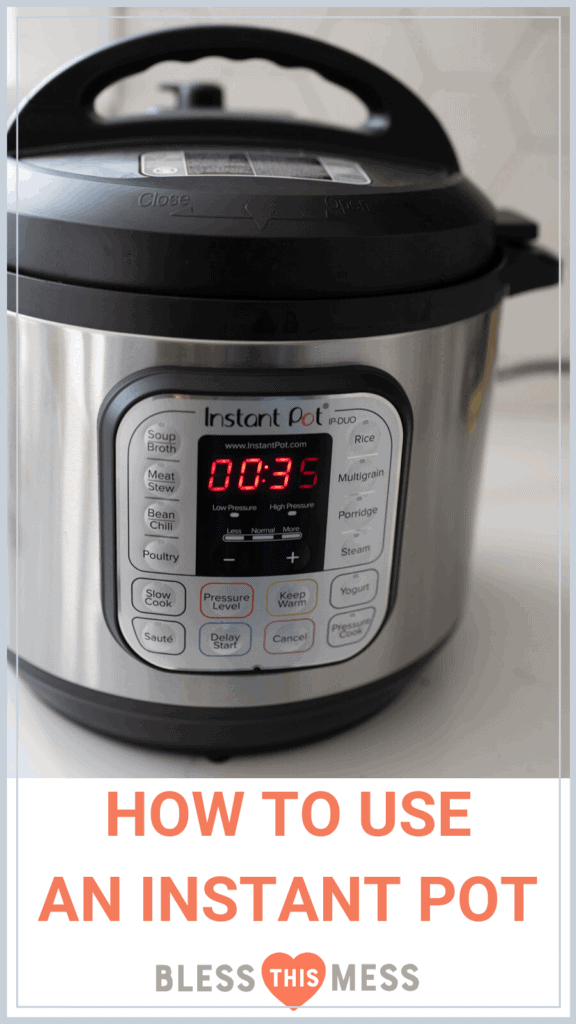 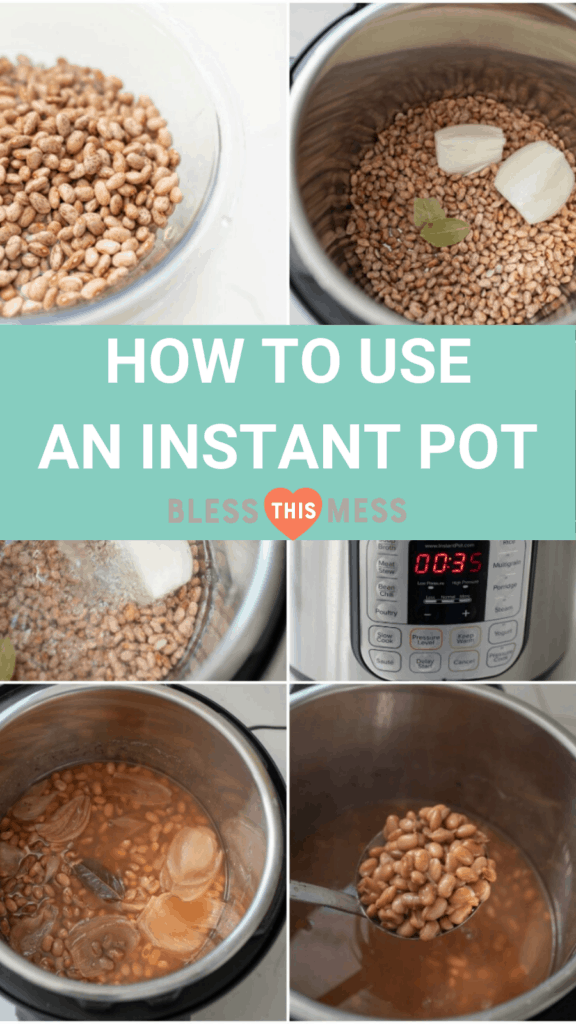 If you've had this gadget sitting in your cupboard afraid to give it a spin, let this be your essential guide for how to use an Instant Pot or electric pressure cooker without stress or fret! Trust me, once you get the hang of it, you will LOVE it.

My Instant Pot is like my little miracle-working assistant in the kitchen because it cooks most foods in way less time than normal, without sacrificing quality. It's a game-changer, that's for sure! 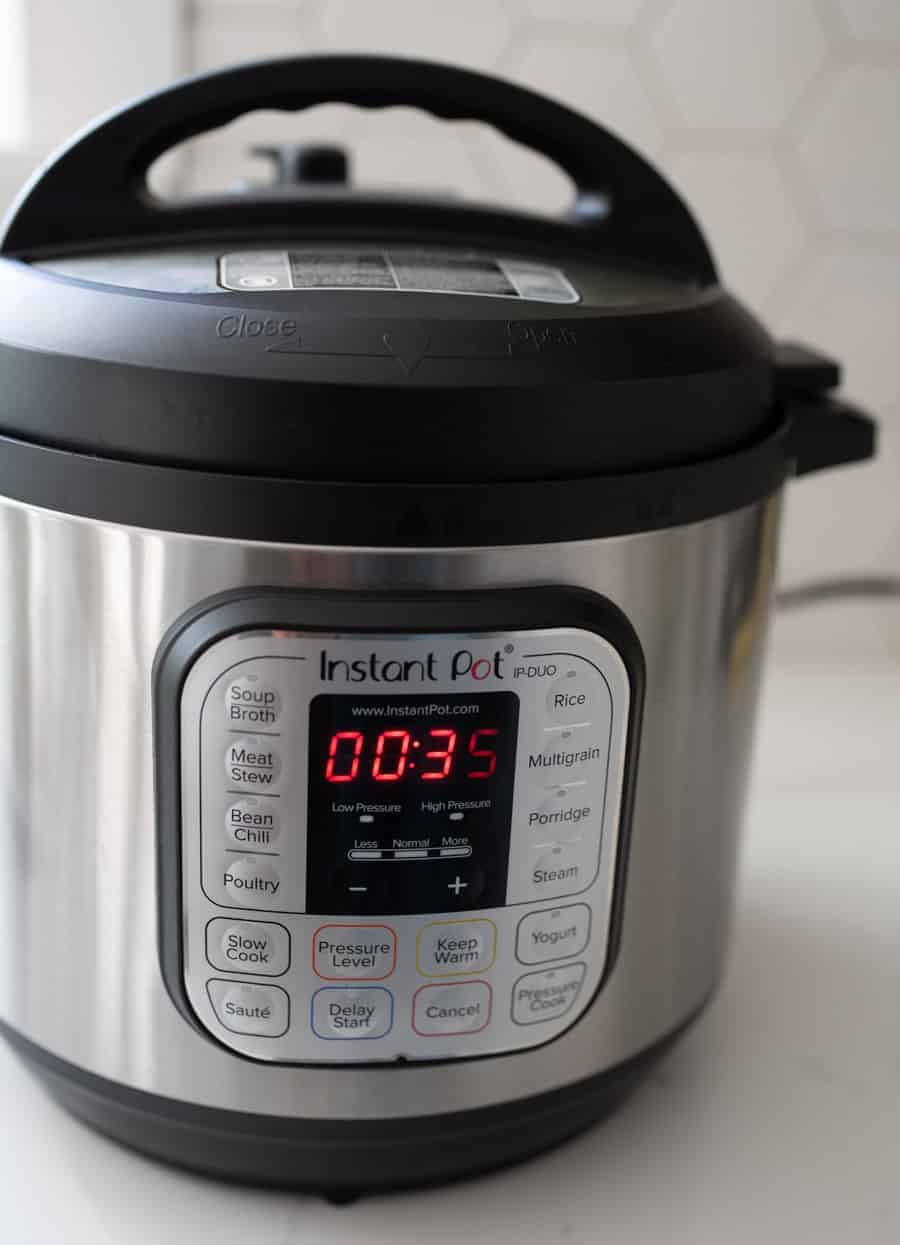 How to Use an Instant Pot

Listen, I hear you. Maybe you've heard about the wonders of the Instant Pot. Perhaps your spouse or in-laws gifted you one a while ago and you've let it sit, stowed away, not really sure how to use this thing that people proclaim to be "easy" but just looks like a mini-spaceship with 100 buttons to you. I know, it's a bit overwhelming at first! I get it but I promise that after you use it once, you'll be a convert (and I guarantee all those buttons aren't as tricky as they seem).

The amazing part about the Instant Pot is you really can't mess up with it. Even if you press a wrong button or aren't sure which way to release the steam (we'll get there), there's usually nothing that you can do that's SO bad that your dinner is irreparable. And no, it won't blow up! This isn't the pressure cooker of your parents' days.

And the beauty is that most recipes that normally take 5 to 7 hours in the Crock-Pot, or 2 hours to prep and cook on the stovetop, can be done and on the table in 30 minutes to an hour in most cases with the Instant Pot. Pressure cooking meat, veggies, stews, soups, and more makes for seriously tender and flavorful food, without losing any quality you might think you would with a "fast fix." So let's get into how to use this honking machine that I'm determined to help you fall in love with! 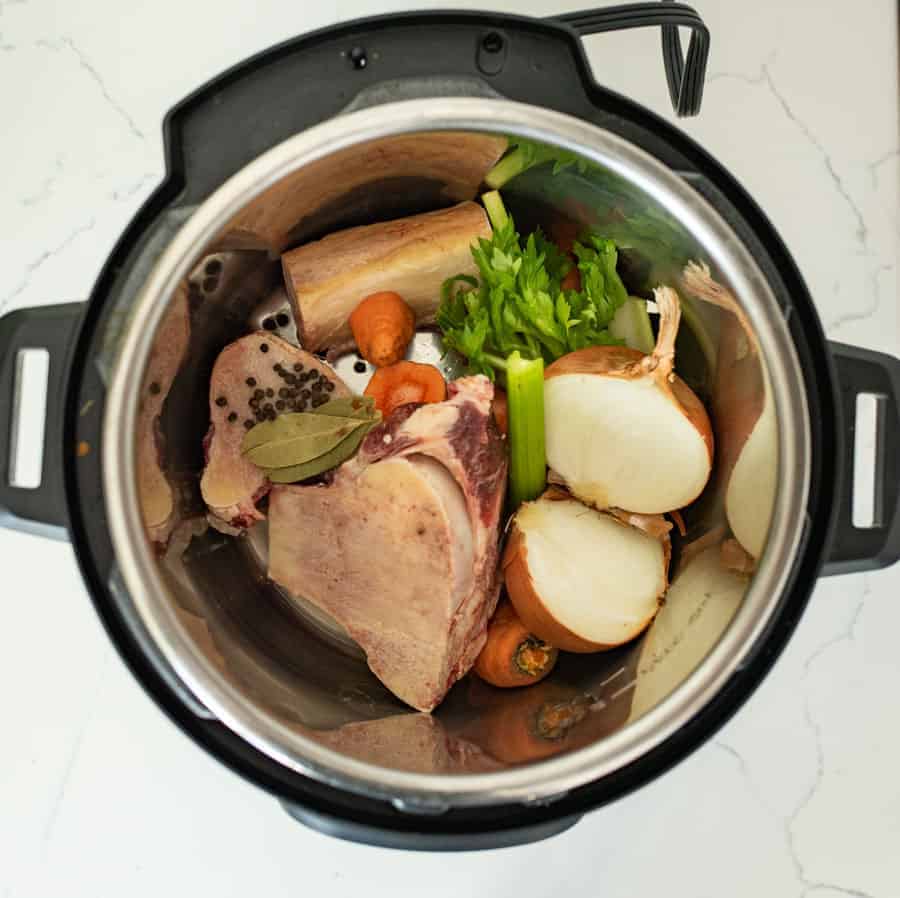 Here is a video I made for you that is this post, in a different format! ENJOY!

What IS a Pressure Cooker?

A pressure cooker is awesome because it's changing the laws of nature. I feel like if you understand a bit of how it works, you'll be able to better see why it's a great tool and what to use it for. Water boils at 212 degrees F. at sea level, with the lid on, without a lid, for any period of time. But when you use a pressure cooker, the steam is trapped inside and it creates pressure, which physically raises the temperature you can cook at! The pressure that is trapped inside is measured in pounds per square inch (PSI).

The HIGH setting on an Instant Pot reaches 10 to 12 PSI, which cooks at 239°F to 245°F. This is the standard setting for 90% of pressure cooking and Instant Pot recipes that you'll find.

The LOW setting on an Instant Pot reaches 5.5 to 7 PSI and cooks at 229°F to 233°F. This is used only occasionally for things like soft "boiled" eggs, fish, and tender vegetables.

When using a pressure cooker, you are able to cook dishes quicker because you are physically cooking at a higher temperature.

The size of the Instant Pot matters, and here's why: 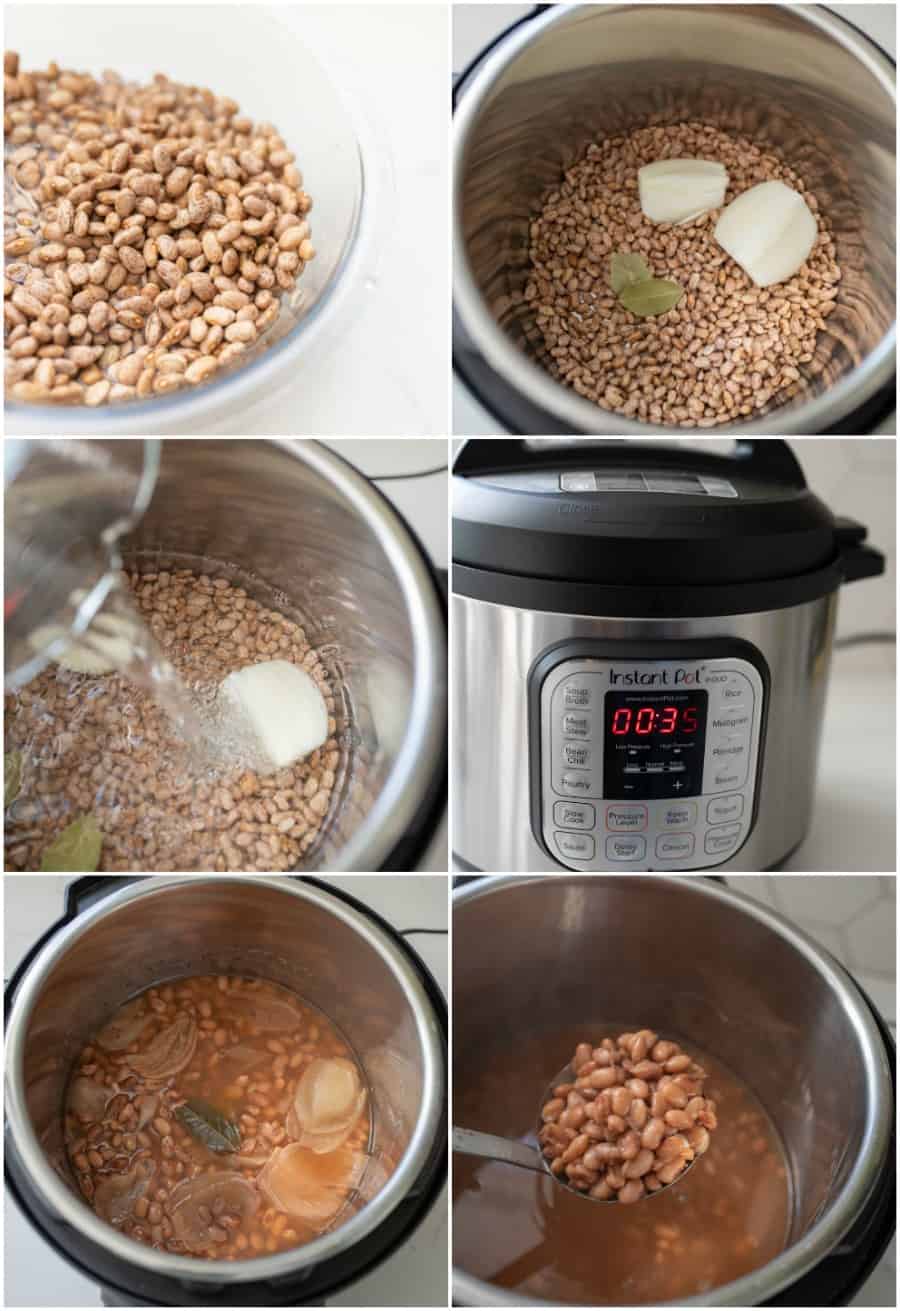 Pros of Using the Instant Pot:

Cons of the Instant Pot: 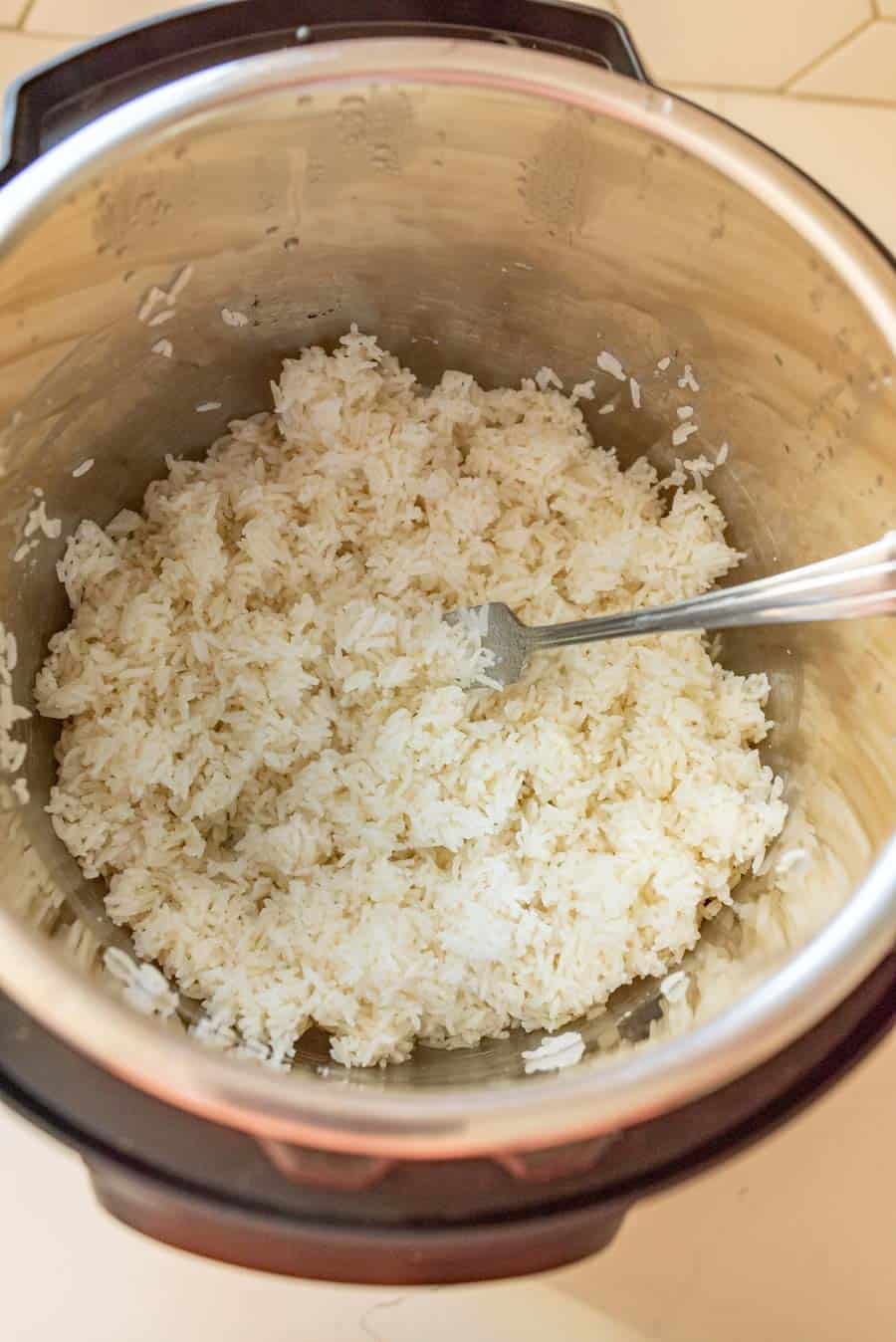 Things I think are amazing in an Instant Pot:

Things I don’t cook in the Instant Pot: 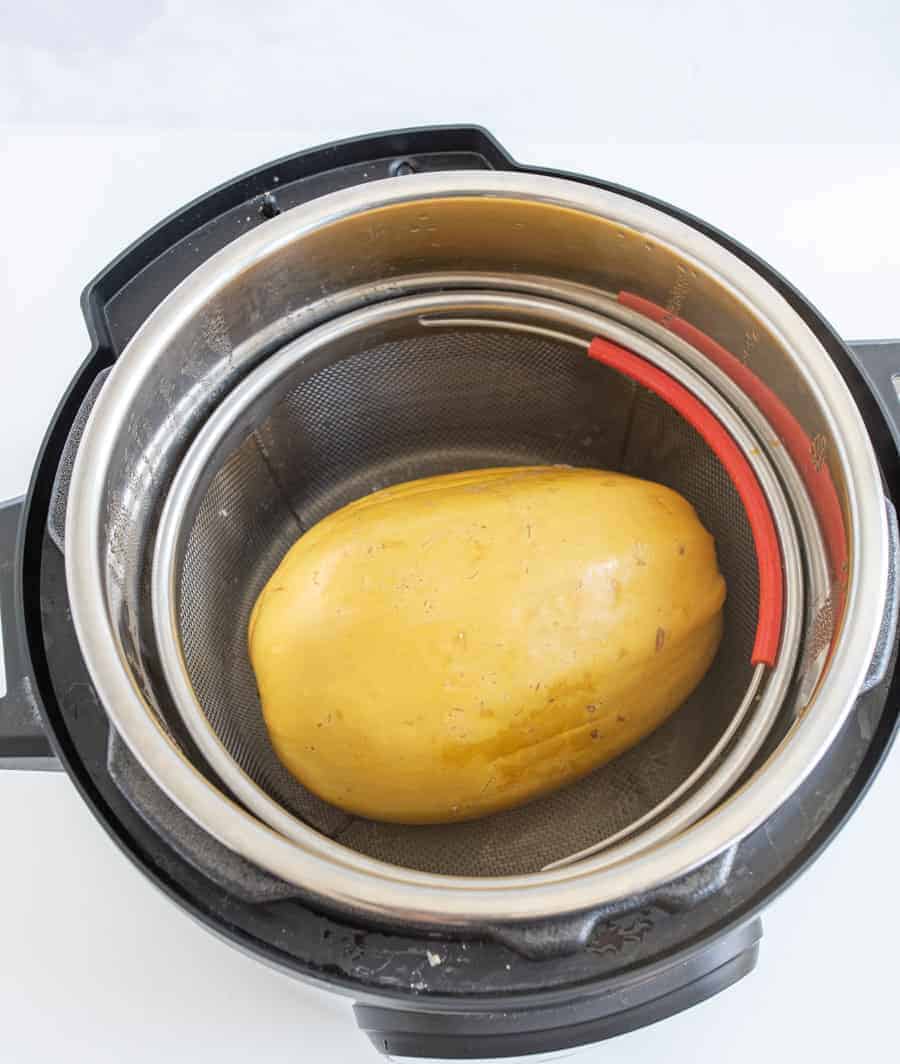 This is super normal; the plastic does seem to trap smells of what you cooked (mine smells like chili/ham and beans). Not a big issue when making more savory things, but not ideal for things like yogurt and sweet things. I remove the inner ring when making yogurt (you aren't bringing the yogurt up to pressure).

Don't be! These are the safest pressure cookers ever. Do be cautious when you're releasing the steam, but other than that, you shouldn't have anything to be worried about. The perk of using an electric pressure cooker is that is has many built in fail-safes and will literally shut down and stop cooking if it has issues. Read the user manual, get familiar, and ENJOY.

3. Releasing the steam is hard to do.

You can use the end of a wooden spoon to push it to "release" if you need to. Just be careful to avoid the steam (it's even hotter than boiling water steam, remember!), and don't let the steam hit your upper cabinets as it can ruin them.

That's normally an issue with the plastic sealing ring. I'd remove it completely and put it back in again.

This happens when something burns on the bottom of the pot. You'll want to make sure you are using the proper amount of liquid called for in a recipe (never less 1 cup in the Instant Pot). Sometimes if you burnt some pieces to the pot when you were sauteing, this will happen, too. Be sure to either not cook your onion so long that it sticks, or scrape it up well when you add the liquid.

One more thing. Tomatoes, liked canned diced tomatoes, sometimes burn to the bottom more easily than other things. If your recipes calls for diced tomatoes, I'd add them last and not stir them in so that they stay on the top of the pot. The only way I have found to deal with a burn notice is to dump the content of the pot into another bowl, scrub the bottom of the pot clean, and try again (adding more water or liquid if needed).

6. Meats are tough and dry.

There's a magical thing that happens when meat is cooked for a long enough time at a high enough temperature -- the connective tissues break down and you get fall-apart tender meat. If this isn't happening for you, I bet it's because you are not cooking your meat LONG enough (instead of over-cooking like a lot of people assume is happening).

Seal up that pot and cook it longer if your meat isn't falling apart. Then give the meat a little time to cool down and reabsorb some of the liquid left in the bottom of the pot after cooking to keep it moist.

7. What I was cooking shot out of the vent when I opened it!

You over-filled the pot and it's boiling so hard inside that now it's splattering out the top. THIS is why you don't fill the pot past the ⅔ line. I had a friend over-fill hers and hot applesauce splashed and spurted ALL OVER. It was a mess.

The square "tab" on the edge of the lid can fit into the square hole in the handle on the pot! When you have a hot lid, don't set it down, let the pot hold it for you! See the video if you have no idea what I'm talking about.

Yep, I made you a video! You can watch me explain all of this and more in this video. Please enjoy and share! 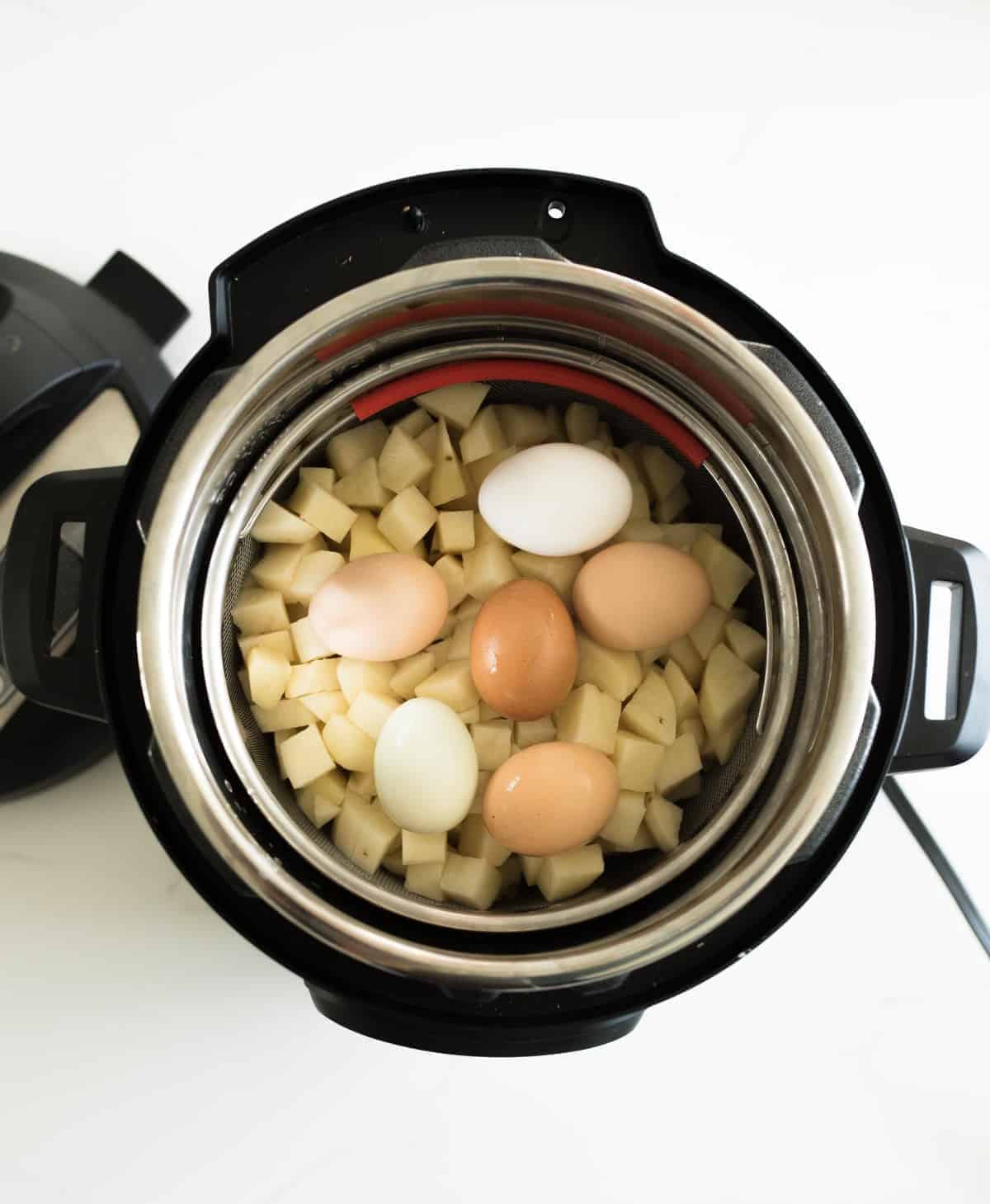 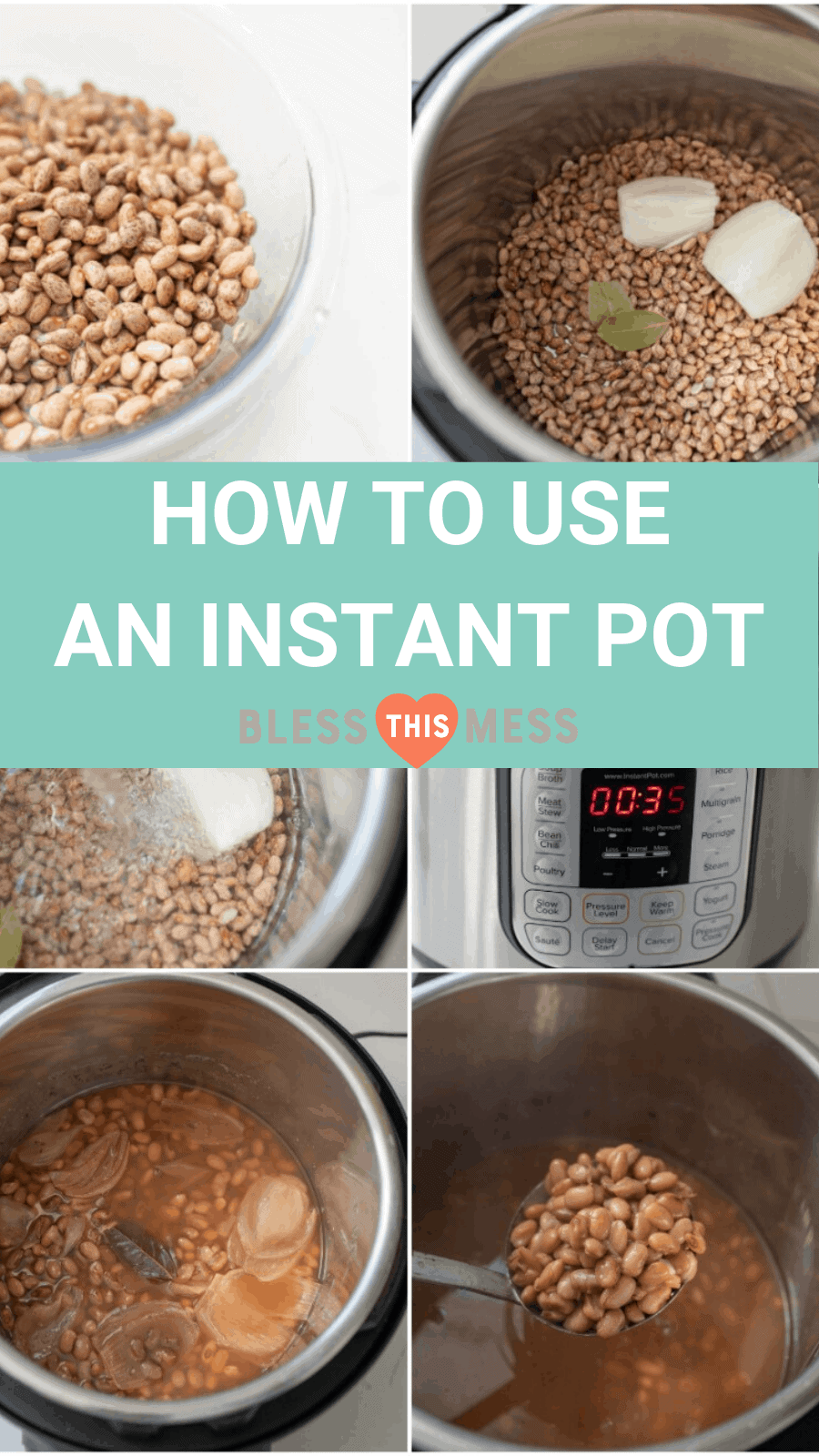 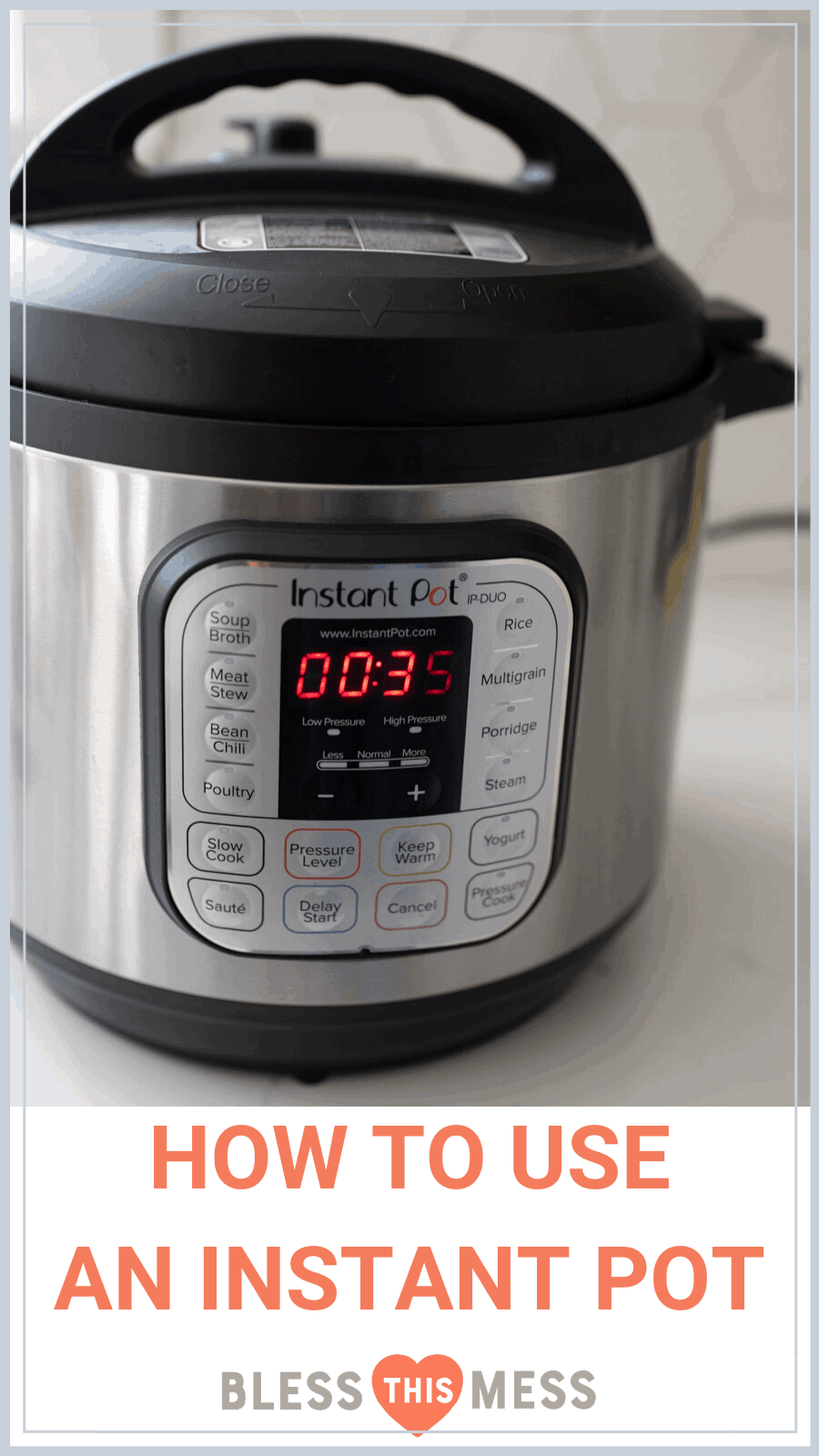 Here are some of my favorite Instant Pot recipes for you to try!

I hope this little tutorial for how to use an Instant Pot has inspired you to get yours out and start cooking away! I bet you'll have some feasts to be reckoned with.