If homemade Halloween costumes were on the application for Mother of the Year Award then I think I might win. I adore homemade Halloween costumes and have made them with love each year. I thought I'd share costumes of Halloween past to help get your juices flowing and to show you that they don't have to be super complicated.
We've already had many dinner discussions about this years' costumes because things this cute sure don't make themselves. One hard thing about the kids getting bigger is that they have opinions of their own, which means they want to be something different every day. I'll be interested to see what we decide on because we've talked about everything from dinos and alligators to chefs and fairies. Only time will tell what we pick.
Halloween 2011: Bugs
Macey wanted to be a butterfly and I love matching costumes so Henry was a caterpillar and the baby was a potato bug (pill bug, roly-poly...). To make things easy I suggest starting with a sweatshirt or hoodie. So much of the work is done if you just add to an existing piece of clothing. I just find what I need at thrift stores. 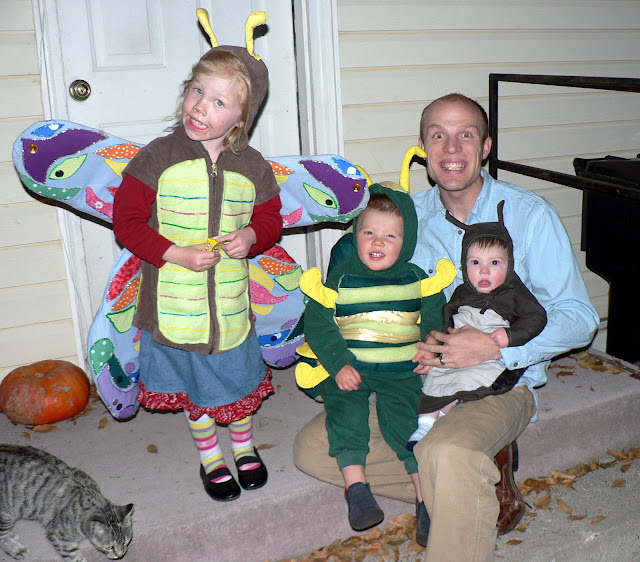 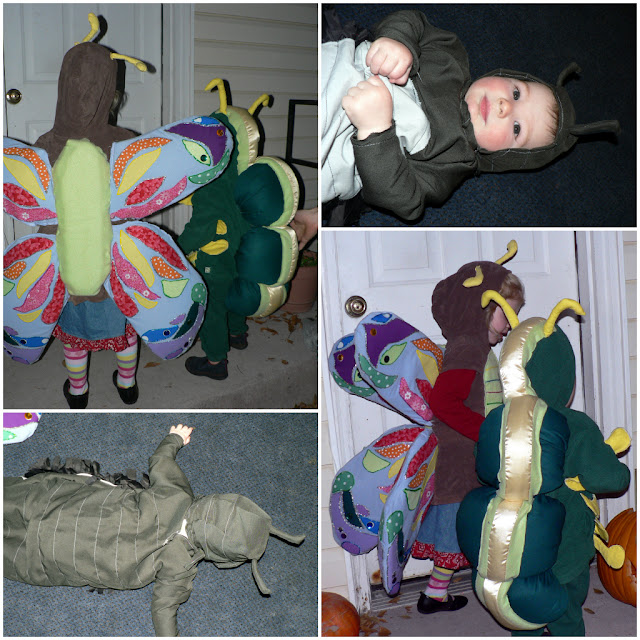 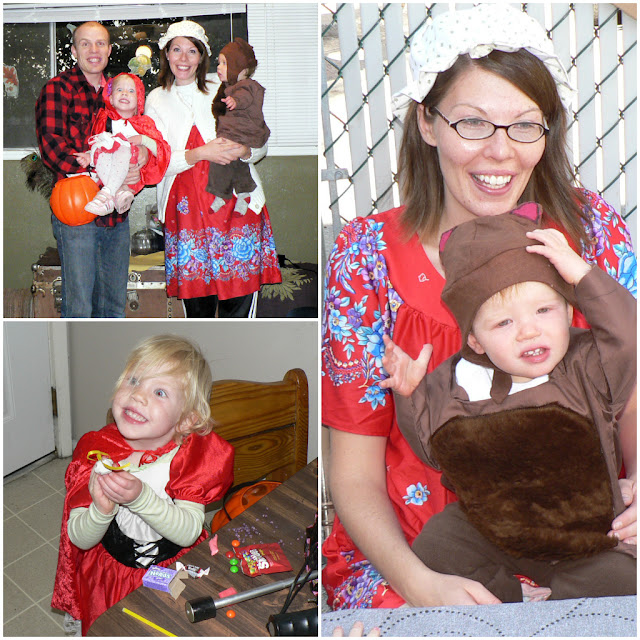 Halloween 2009: Lioness
Henry was born at the beginning of October this year and Macey hated her costume. I had to bribe her with candy just to get it on her. Again it was low key though. I used a hooded sweatshirt and added some yard, a tummy, and ears. 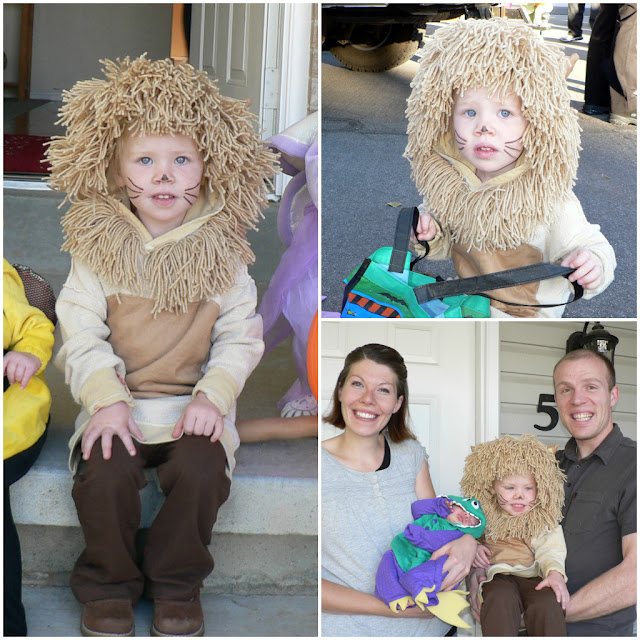 Halloween 2008: Lion and Safari-ers
A friend had a Tigger costume that I borrowed, but I didn't really want Macey to be Tigger, so she was just a tiger. Thomas and I sported khakis, white tops, hiking boots, hilariously large walkie-talkies, and a canteen so that we could be people out on a safari with a tiger in tow. The tiger ears are just paper around a headband and eyeliner makes her whiskers. 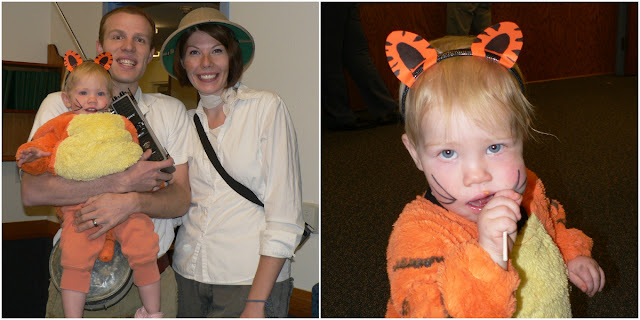 Halloween 2007: The Ballerina
I made a quick tiny tutu from elastic and tulle. She wore her tutu with a onesie snapped over a pair of tights. Easy! 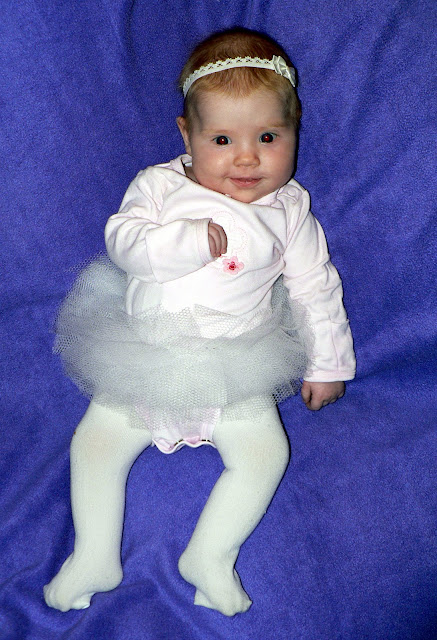 There you have it: cute homemade Halloween costumes that aren't at all hard. By starting with what you have and adding a few cute touches you end up with something really unique that didn't take all year to create.

Quick poll:
Do you buy or make your costumes? What did your mom do for you growing up (buy or make)? Have you decided on this year's costume? I love to hear/see great ideas so please share.