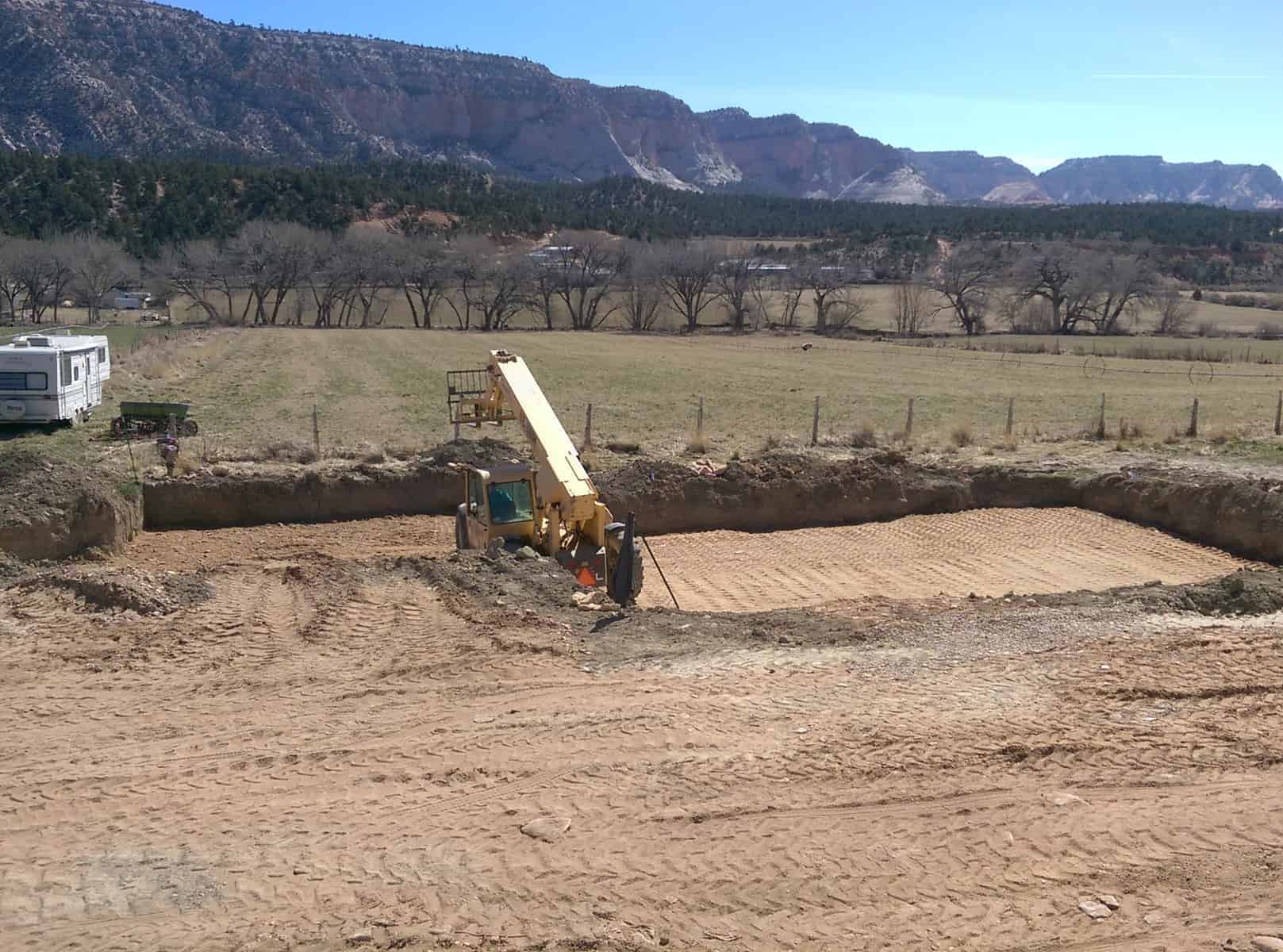 In February I shared a little update on finally starting to build our house!

When I say "we are building a house", I don't mean we are organizing laborers to do it for us. I mean Thomas is out there as often as he can and is putting a house together piece by piece. I have spent hours moving rocks, using a pick ax to level the ground for concrete forms, picking up trash, and a million other little things. Thomas for sure is doing the bulk of the work (I'm just on the support team), but slowly it's moving along.

We've been doing lots of learning on this journey. We've called countless experts in their fields, we've been consulting lots of professionals, I have been using the help of friends and family that have skills in different areas, but at the end of the day it is our man hours that are making our dreams become a reality. The task is huge and daunting, so exciting and invigorating, and completely overwhelming and consuming lots of days. 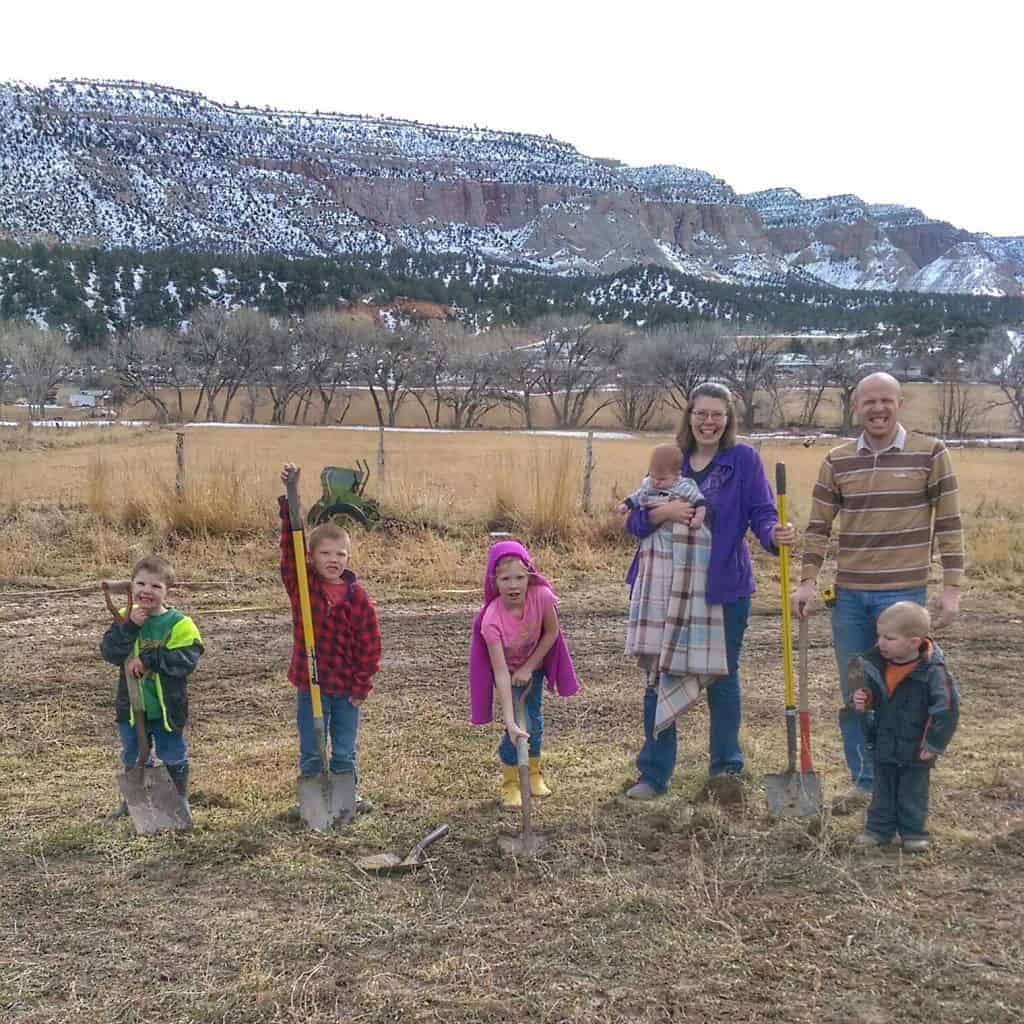 Thomas worked on digging out the basement for months. He's been running utilities, adding a french drain around the edges of the basement, and compacting the soil. We've been working on getting our construction loan (STILL NOT DONE! Oh my heart it's been months and months), we've gotten an appraisal of the property and our house plans (so cool to see! I think I might share part of it with you), talked to the heating and cooling guys, had to decide where we are putting things like doors and windows in the basement, got our building permit (that cost us $3,000! I almost died. I thought Thomas was kidding when he told me), and a million other things.

So after the hole was dug we started adding concrete forms to pour footings. We decided to have a crawl space under our basement. It might not be conventional but it's going to work well for us and in the long run make things easier. 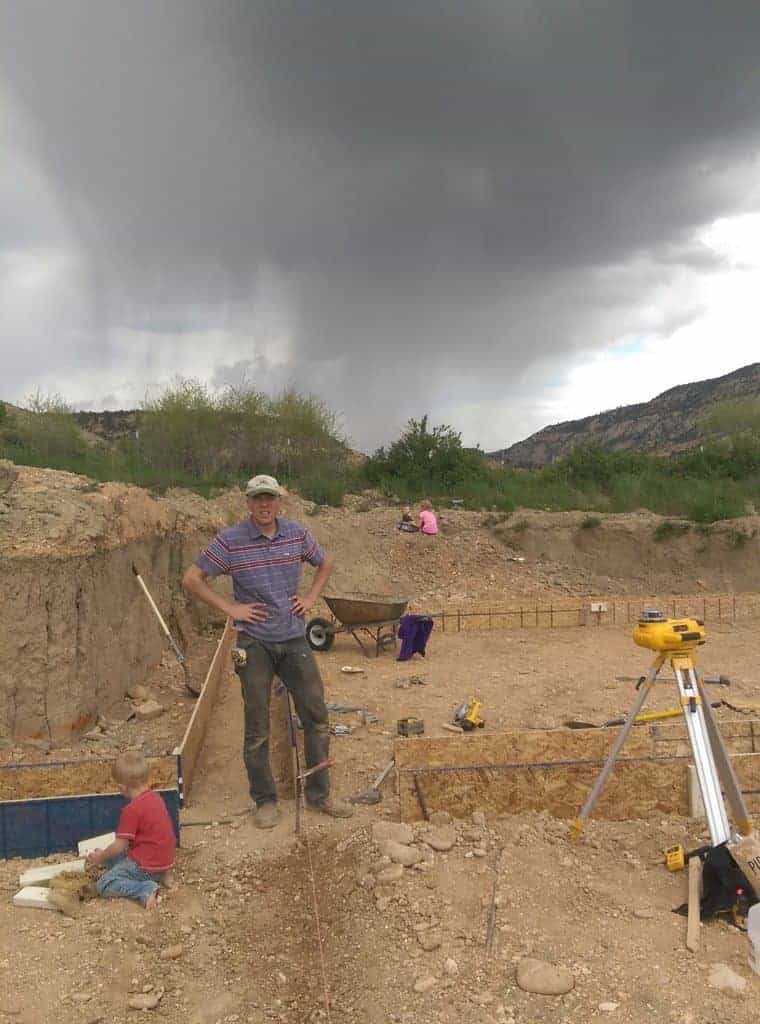 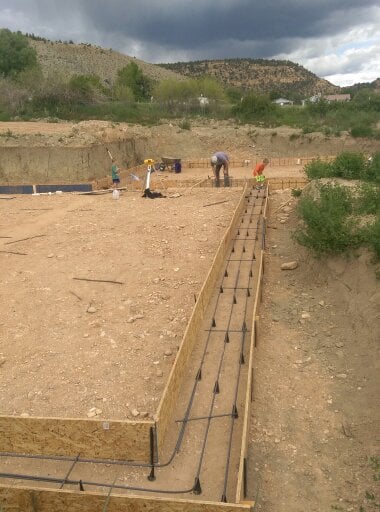 Then once the forms were in and inspected we pour concrete at the end of May. 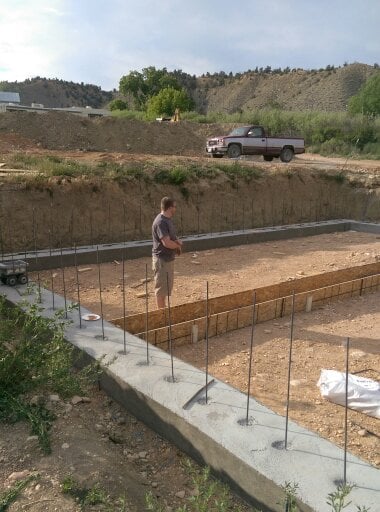 Lucky for me my brothers were in town for a while in May and they were able to help us out!

My brother Tyler and his family MOVED TO MY TOWN! They are living right next door to us! Tyler is working at our hardware store and helping me on the blog (he's helping with videos), and he's also helping on our house. I'm so excited to have him and his cute family here. He's been such a blessing to Thomas and I in the few short weeks he's been here. His wife, Beth, graduated from culinary school and she's an inspiration in the kitchen. I'm hoping to get her in the kitchen to share some Southern recipes with us.

So before his whole family came Tyler moved out and my other brother Adam helped him drive the moving truck out. So for a week I had both brothers here helping which was great. They removed all the concrete forms and started stacking our "legos".

Thomas is really into building an energy efficient home (he's an engineer, so this kind of challenge/project is actually fun for him to figure out). So these foam blocks were something he really wanted to use to make the basement walls. You stack the foam blocks together, add lots of rebar to each layer, and then you fill them up with concrete to make the walls. The foam is our basement insulation and it's also the forms for the concrete. It took us about a month to put up all of foam blocks, get the rebar in (SO MUCH REBAR!), use spray foam to fill holes, level it all, and to support the foam structure in preparation for the concrete. The windows and doors were the hardest part of this step. They took a lot of time to prepare.

So not only will the basement be nice and insulated but we also get to screw the Sheetrock right to the foam. It's already insulated and we don't have to build any wood walls out from it.

That's the pictures that I have for now. I already have another post ready for you about this process that I'm going to try to post ASAP. I actually did a video post but my audio didn't work, boo! I'm hoping to try that again soon!

Thank you for being here and enjoying this crazy house building journey with us.