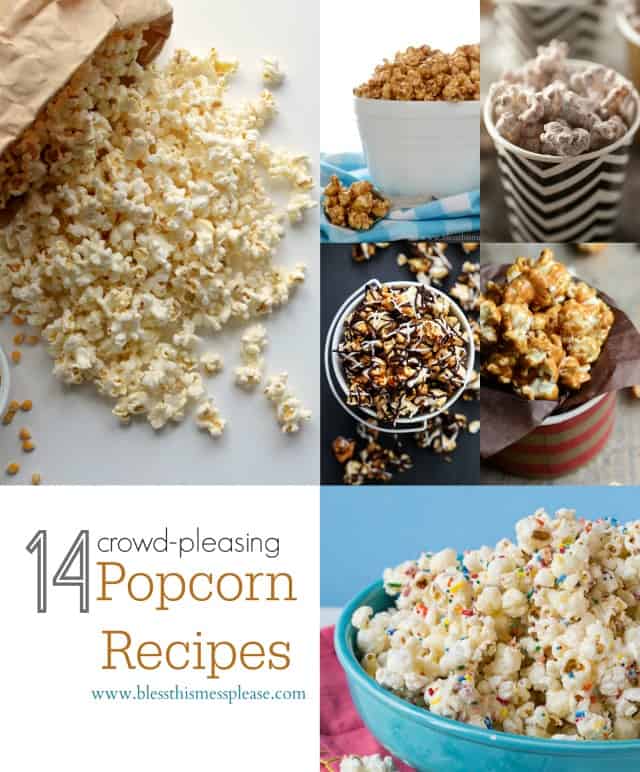 It's no secret here that I love popcorn in all forms. I love it hot and buttery and sweet and sticky. In fact, I've never met a popcorn I didn't like. I thought it would be fun to do a round-up of sweet popcorn recipes for you today. Popcorn desserts are simple to make and fun to eat, and for some reason, I sure make them a lot more often in the fall. This list should give you some great ideas to up your popcorn consumption!

And because I love all things food trivia/history, here are a few more fun facts about popcorn:

These facts are from popcorn.org.

And now onto those recipes. Thanks so much for being here and enjoy!

1. Frutti Pebble Popcorn Balls from From Me To Vuu 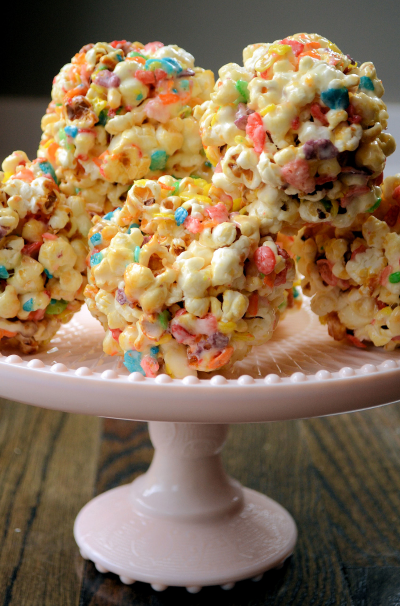 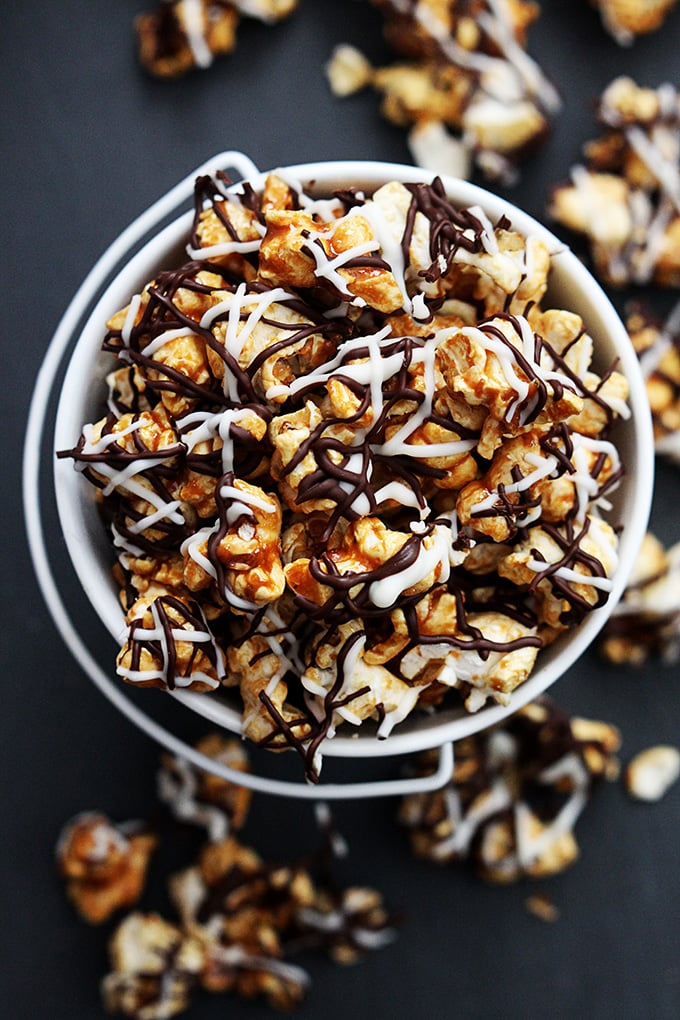 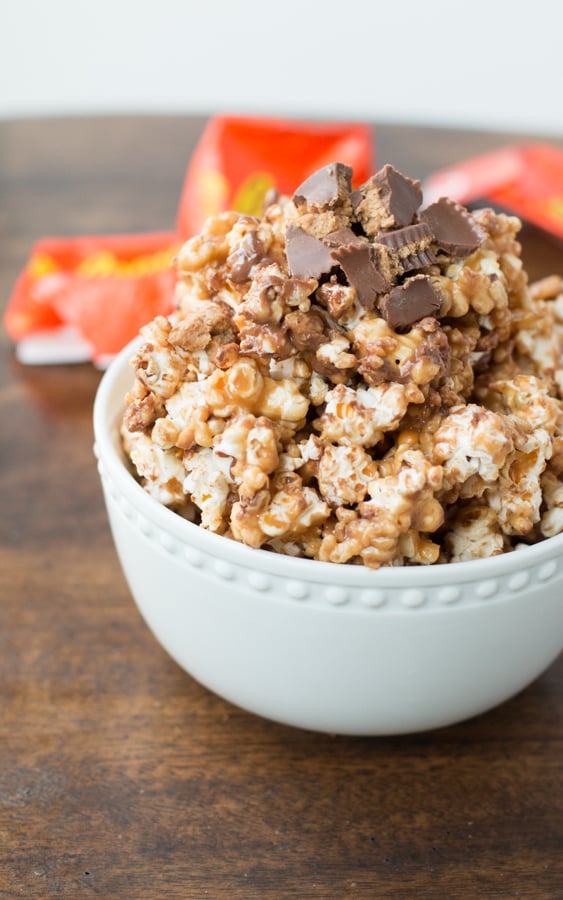 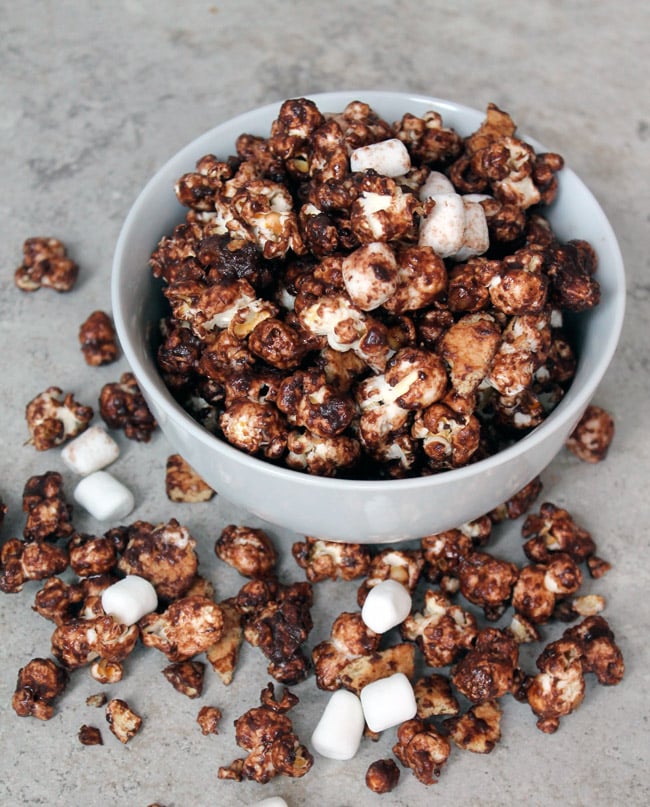 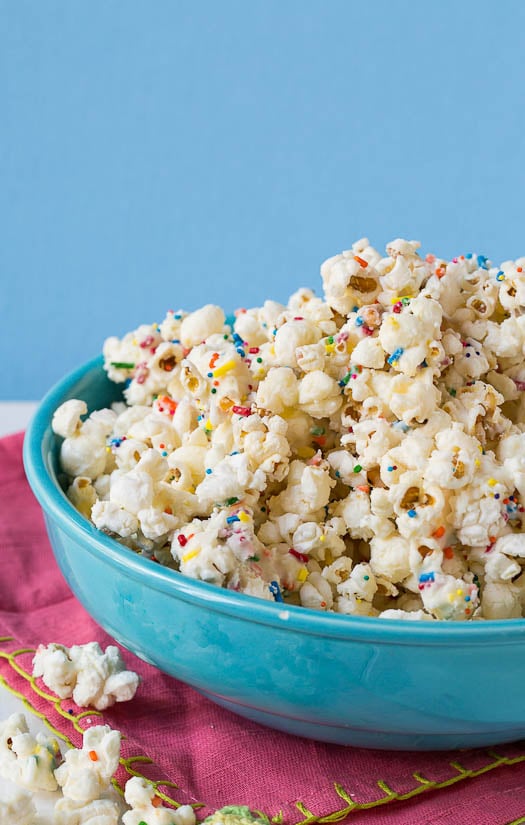 6. Peanut Butter White Chocolate Popcorn from The Girl in the Little Red Kitchen 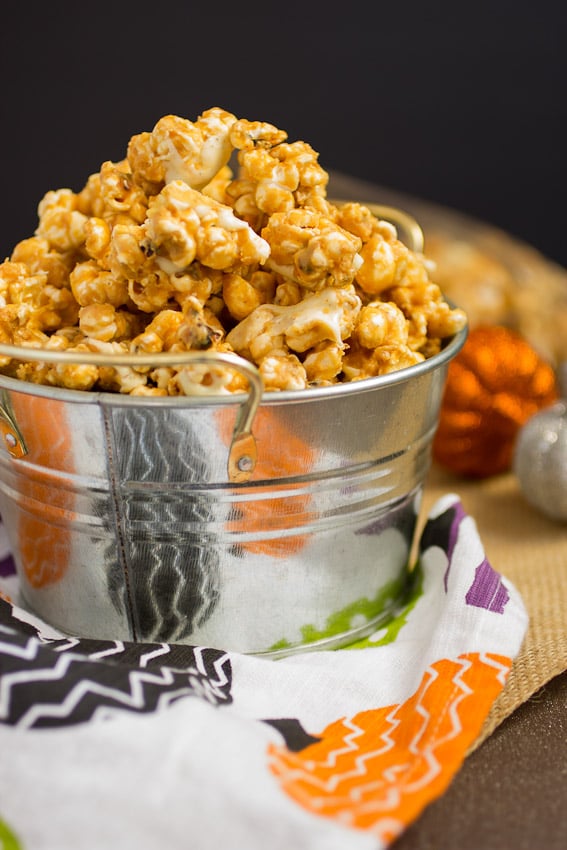 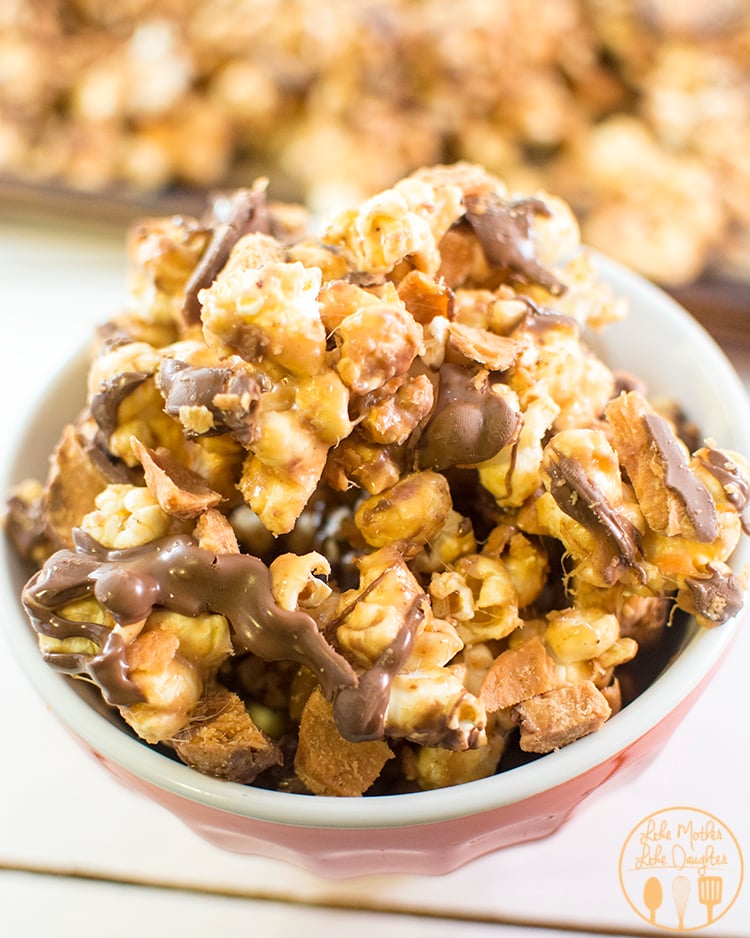 8. White Chocolate Popcorn with M&Ms from Tastes Better From Scratch

9. Homemade Salted Caramel Corn from Buttered Side Up 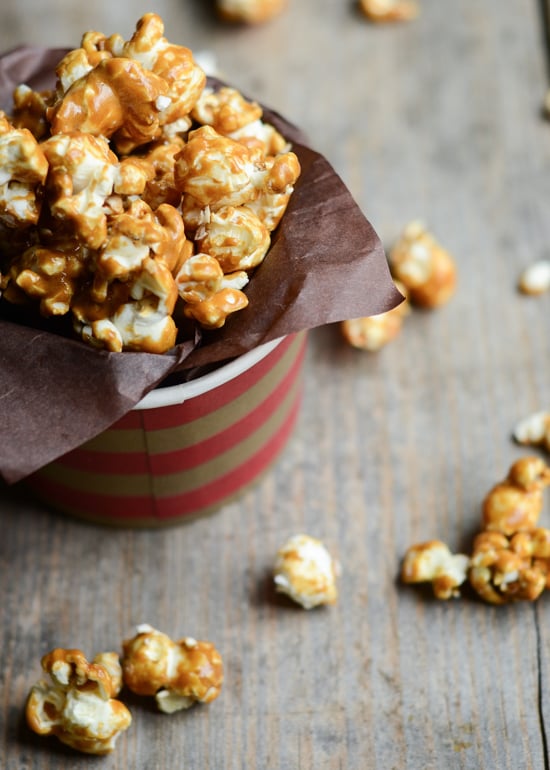 10. Puppy Chow Popcorn from Buns in my Oven 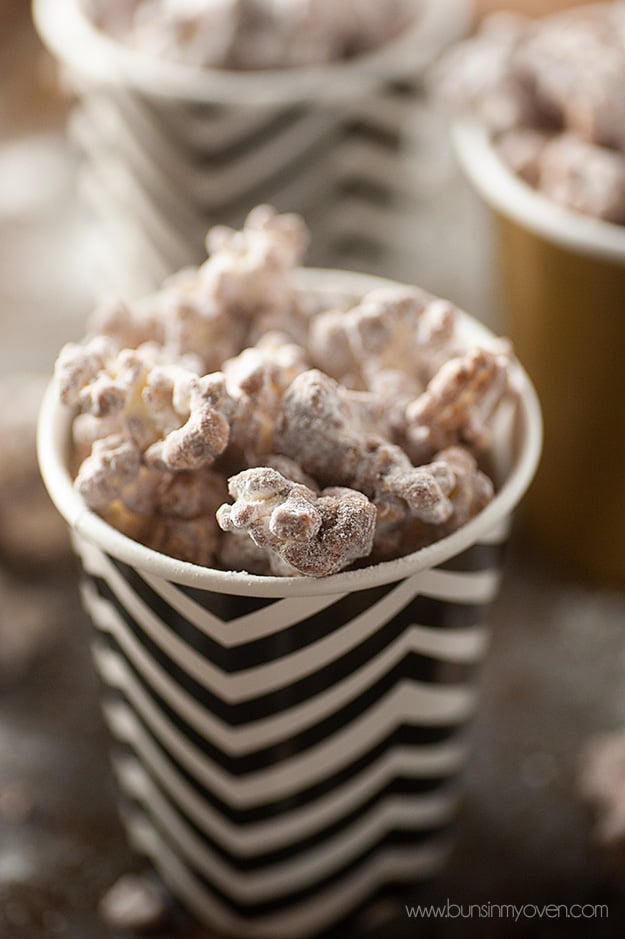 11. Samoas Popcorn from Something Swanky 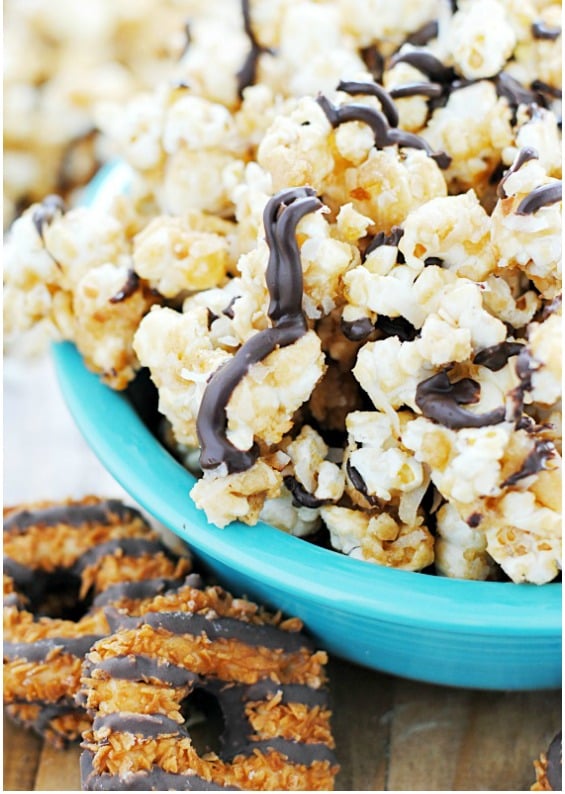 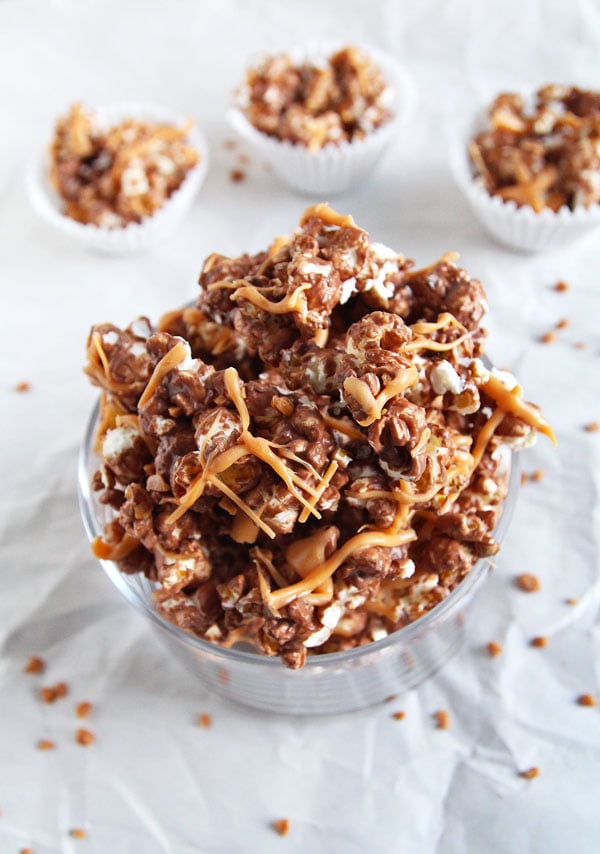 13. How to Pop Popcorn in a Brown Paper Bag in the Microwave from Bless this Mess 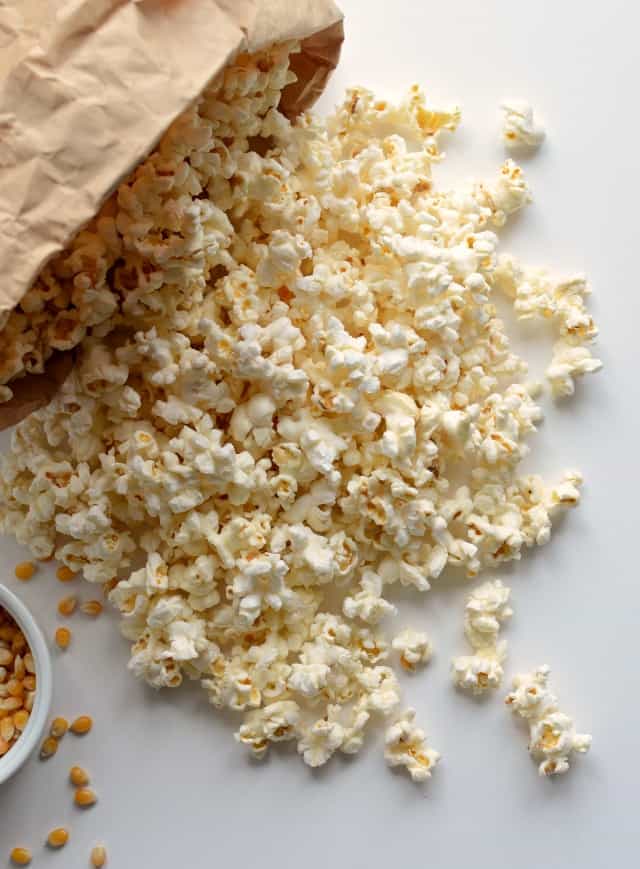 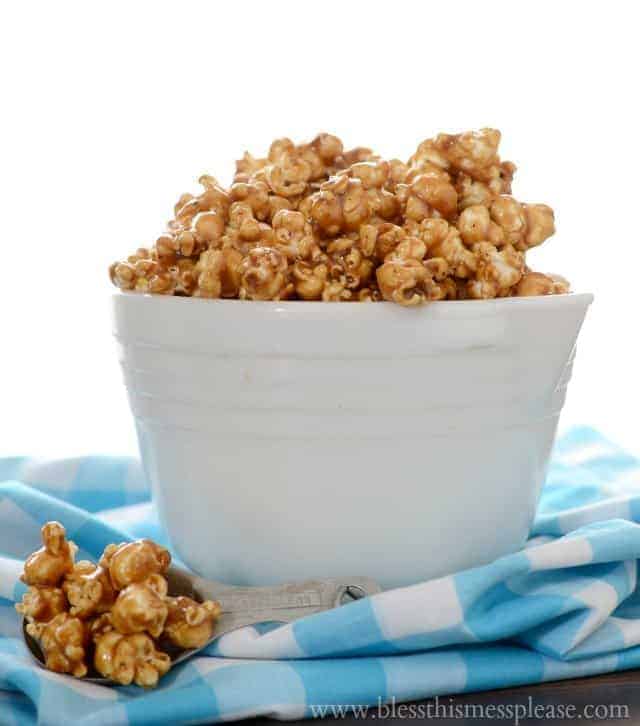 And if you actually are reading this, meaning you looked through the entire post, you rock! I meant to schedule this post to publish on its own but I didn't get that done. Now I'm sitting in the airport in Las Vegas waiting on a plane to Kansas City! I'm headed to a one day food blogging conference there and I can't wait to hear Pinch of Yum, Gimme Some Over, Tidy Mom, and Dine and Dish speak. I'm enjoying the trip but this momma bear struggles leaving the cubs. Wish me luck!