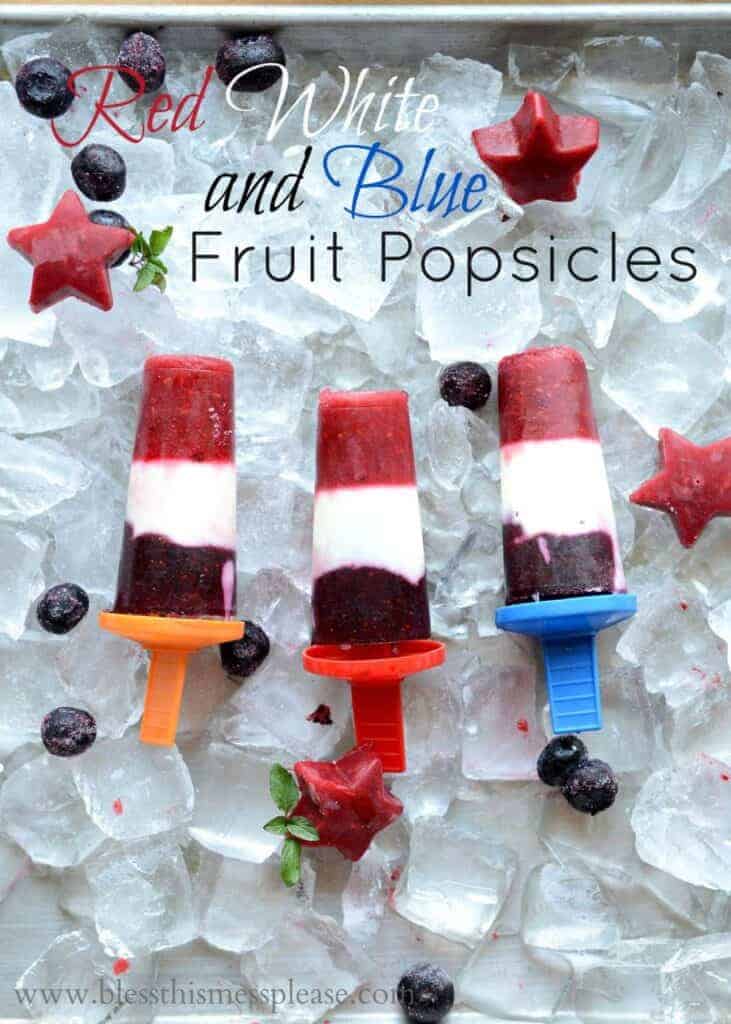 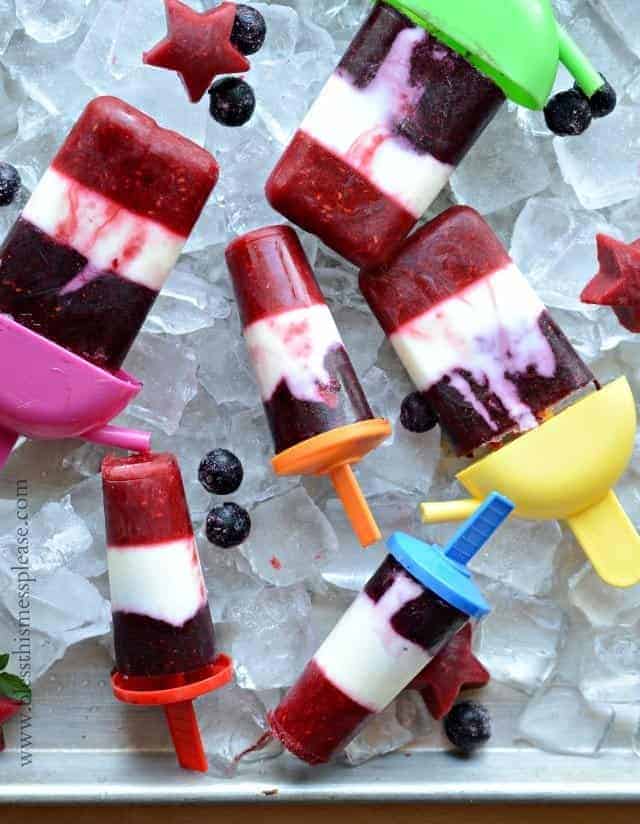 I hope you had a great, long, relaxing, food-filled weekend. I spent my weekend mowing lawns, playing at the pool, sitting by a fire, rescuing stray chickens stuck in a pit, and all sorts of other fun and productive things in between.

Summer is officially here and there is no better way than to celebrate with ice-cold red, white, and blue popsicles! I love having homemade fruit popsicles in the freezer so that no matter when the kids ask for one, I can feed the need. I have no problems giving my kids fruit and yogurt laden snacks that just happen to be frozen, taste delicious, and look like the less healthy storebought version. They gobbled these up in a heartbeat and I know you all will love them too. There's something so appealing about having multiple layers and different tastes to work through. Plus, you can't beat that patriotic color scheme. These are just begging to make a bunch at your next gathering, no need to wait until the Fourth of July. 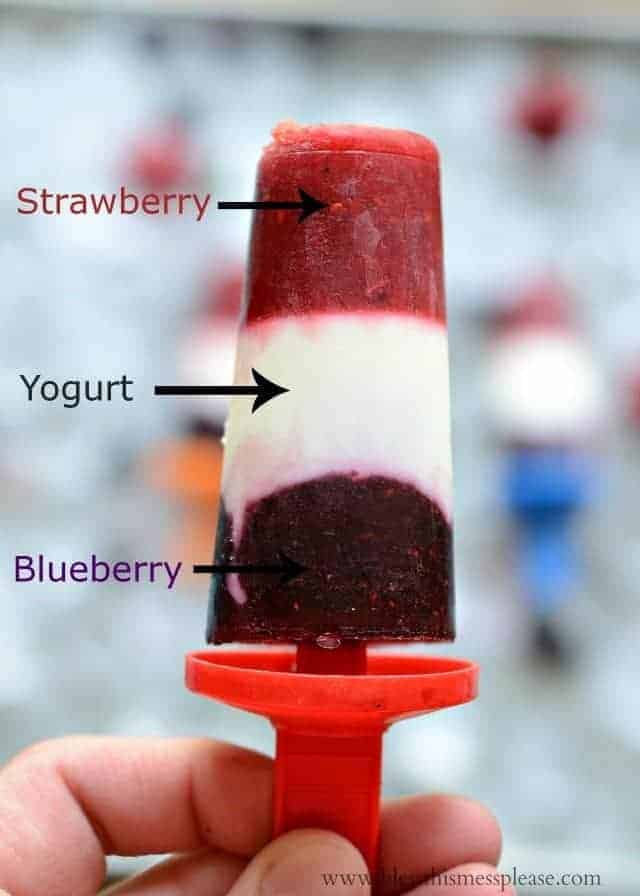 How can you make popsicles without a popsicle mold?

How do you store homemade popsicles?

Popsicles can be kept in their molds, or stored in an airtight bag or container in the freezer. If a popsicle has sat out at room temperature, you may need to refreeze it on a plate or in a mold for 20 minutes first, so that it doesn't stick to other popsicles in the container.

How can you make the popsicles extra smooth?

If you want a super smooth popsicle you could put the red and blue layers through a fine-mesh strainer before adding them to the molds, this would remove any seeds, skin, and pulp. I'm not picky and my kids like them all the same. It's totally up to you.

For the red layer:

For the white layer:

For the blue layer:

I used frozen berries that I thawed and they worked great.

Popsicle molds vary so much in size, so you may have some left over bits of one layer or another. I threw the extras in a star shaped pice cube mold and my kids ate up the bite sized popsicles just the same.

Add the sure to taste. My berries were really sweet and didn't need much help at all. The less sugar the better in my book, so taste as you go. 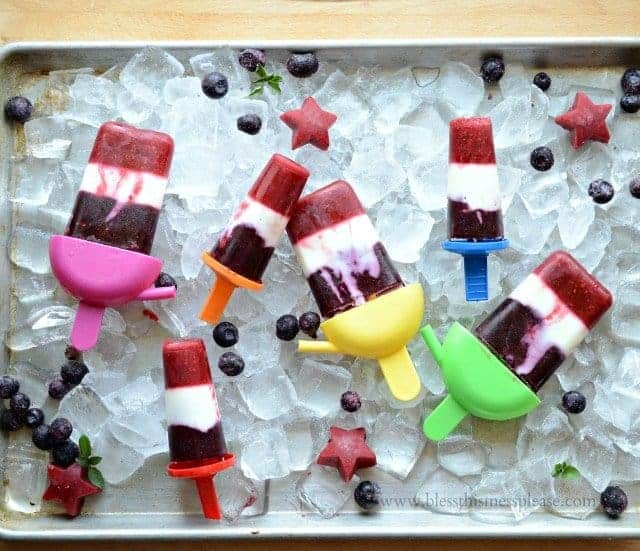 Red, White, and Blue Popsicles made with real fruit and a yogurt layer are a healthier version of rocket pops that your kids will love this summer.