Carpet isn't coming today. This is the second time I thought it was and then it got pushed back. Oh those unmet expectations. I know our friends won't mind camping on the sub flooring, but I'm still sad about it. Don't ever believe Home Depot when it comes to dates; just assume it will be a month later than you plan. :(To cheer us both up why don't I share with you one of the funniest parties I've seen. OK? Deal!

My friend Holly has once again planned a party that is amazing! She let me show you her Very Hungry Caterpillar Birthday Party and now she's here to show you the details of her husband's 30th birthday party. The "Minute to Win It" theme is such a fun idea and the games that they did were hilarious. I know you'll laugh at the pictures/videos as much as I did.

Now on to Holly:

I wanted to do a fun birthday party for Curt - after all, 30 years is a big deal! I finally decided on a "Minute to Win it" theme (have you seen that show?), except I made it HALF Minute to Win it to make it fit better with Curt being 30 years old. 🙂

It ended up being the perfect theme - Curt loves random silly things like this!
The Invitation: 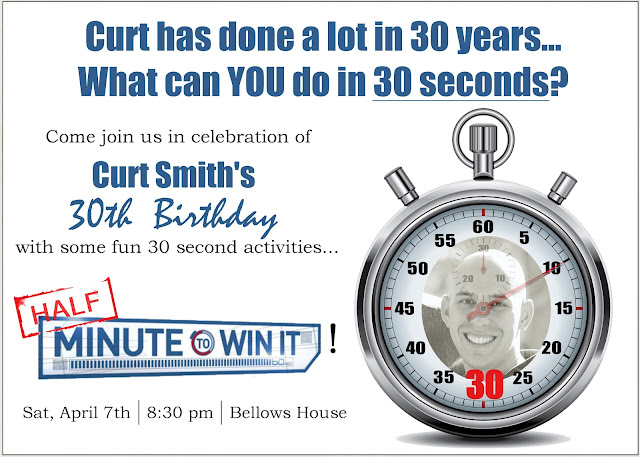 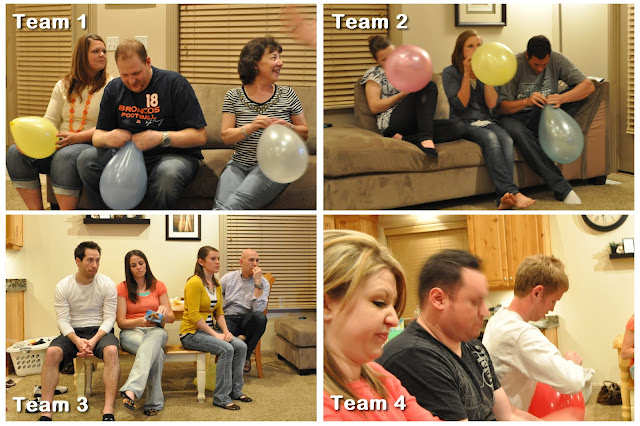 The Games:*All but the last game came from NBC's Minute to Win it game site
Defying Gravity
Tap 3 balloons to keep them off the ground for a minute. 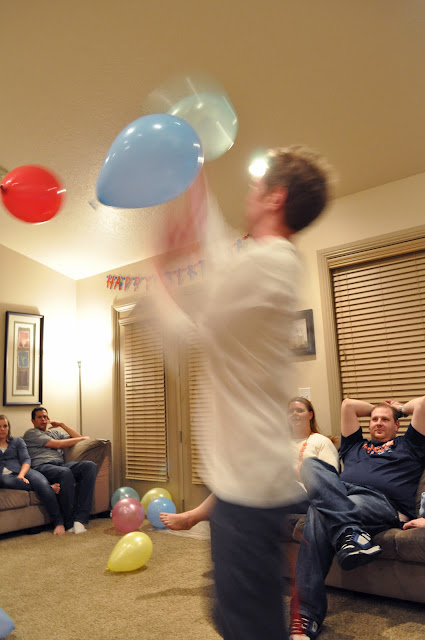 *Please excuse the blurry pictures. I'm just starting out using the manual mode on my camera, and I'm obviously not a professional yet. But at least you can tell how fast we were moving! 🙂

Using only 1 hand, pull all tissues out of a tissue box. 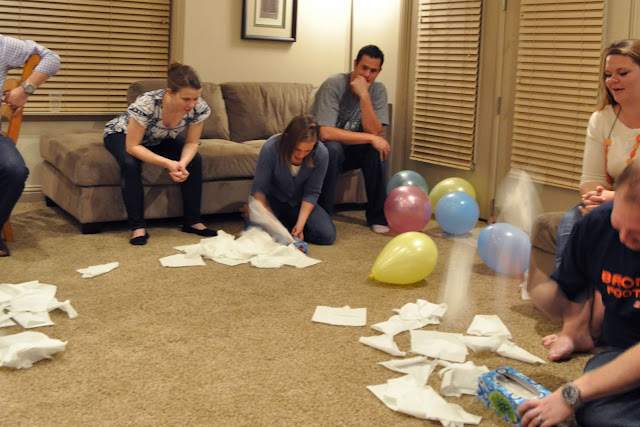 Players stack 7 chocolate snack cakes on their forehead while standing and leaning back. 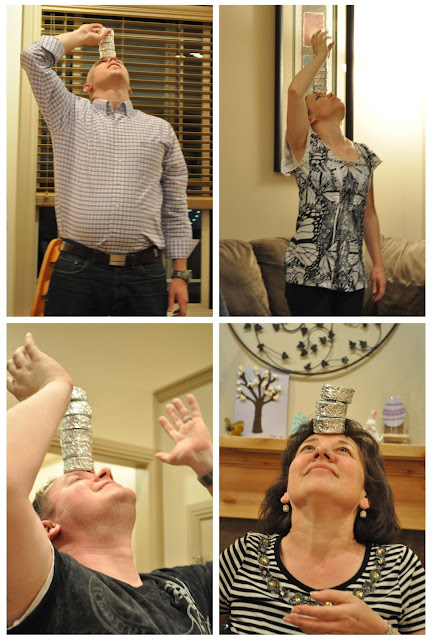 *This probably would have been easier had we actually UNWRAPPED the ding dongs...we just didn't want a mess!

Junk in the Trunk

Wiggle a box that is attached to your waist filled with ping-pong balls until the box is empty.
*Pretty sure we did something wrong with this one--I don't think it was supposed to go this fast! 🙂

Player must stack 36 plastic cups into a perfect triangle-shaped structure.
Once that's completed, player must get the cups back into a single stack. 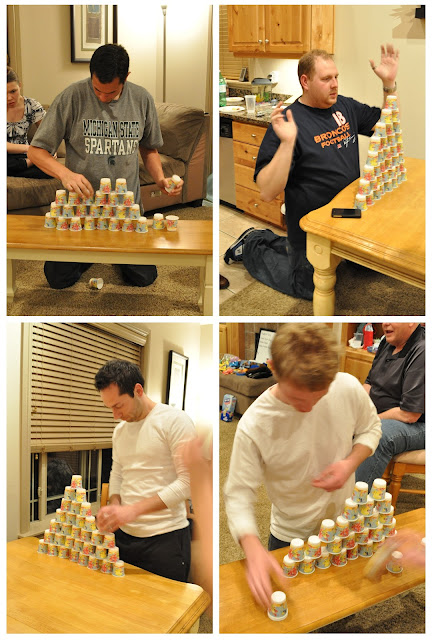 Other's we player:
Face the Cookie
Using only the face, move cookies from the forehead to the mouth.
How's it Hangin?
Using a banana hanging on a string from the waist, player must guide an oranges to a finish line.
Dance Your Hat & Gloves Off
Dance/shake off a beanie hat & rubber gloves.
*We got this game from The Late Night Show with Jimmy Fallon. Apparently he has bigger rubber gloves, because there was no way these gloves were coming off! But everyone definitely gave it their all!!!
Thank you so much Holly!
Hilarious right? I can just see my mom doing the Junk in the Trunk and the Dance Your Hat and Gloves Off game. I'm laughing just thinking about her shakin' her groove thing. I could totally do a party like this with my family, but I wouldn't even think of it with just friends (I'm not good at putting too much out there).
Would you throw a party like this? Who would you invite? Would your husband like this theme?
« Our Biggest Mess: Stuff we found in the walls
Our Biggest Mess: Stuff We Found in the Walls »
Craving More