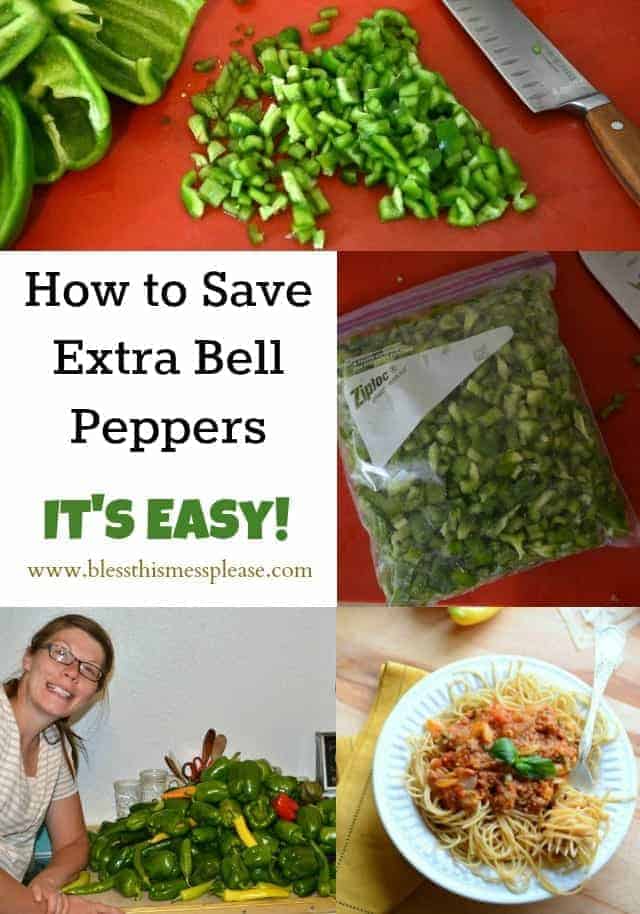 Your simple guide on How to Save Green Bell Peppers. 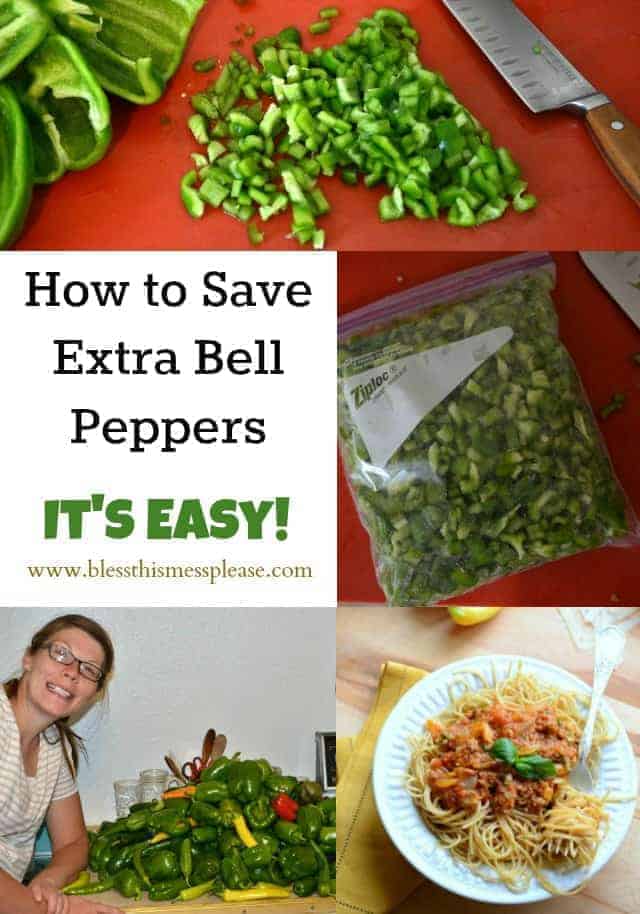 How to Save Green Peppers

It makes a lot of sense to use what is in season when it's available because the quality and price are at their best. And if you save a little for the cold winter months you are ever smarter. Bell peppers are SO easy to preserve and here's how I do it!

How to save green peppers: 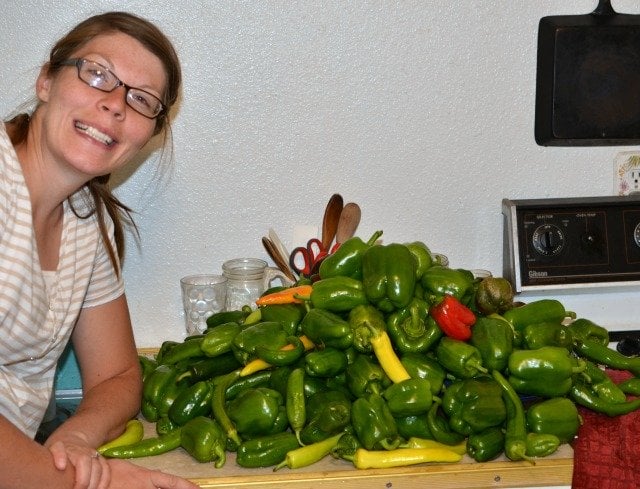 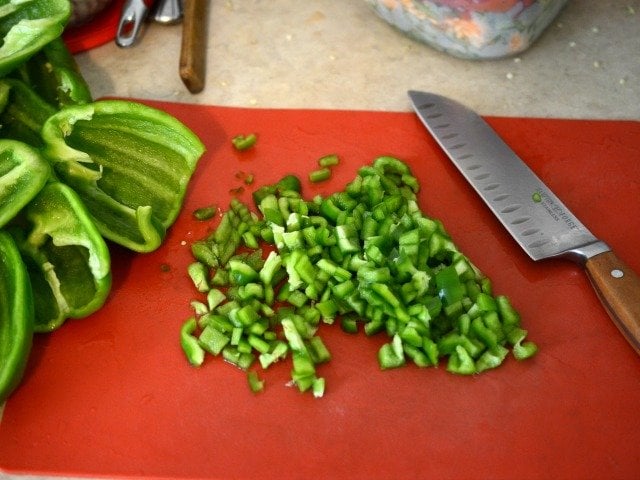 3. Throw them in a freezer bag, mark the date, and freeze 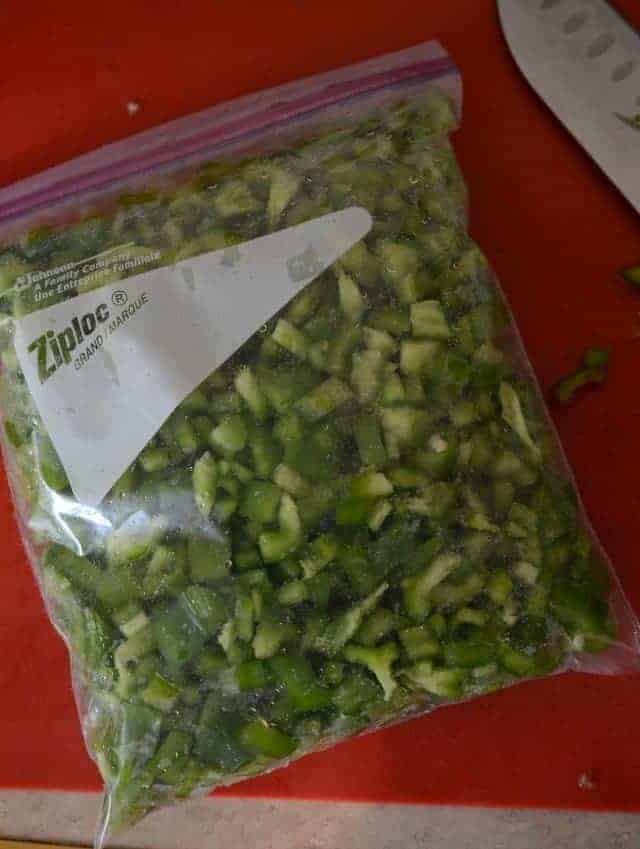 Really! It's that easy. I don't lay them on a pan to freeze in a single layer, you don't have to blanch them first, just chop and freeze. If they get stuck together in the bag (because they are a bit wet when you put them in) just smack the bag down on the counter like you would a bag of ice that melted together.

I have a little over 4 GALLONS of frozen bell peppers in the freezer as we speak! Just call me the crazy pepper lady.

Have I convinced you to pick up a few extra peppers this week at the farmer's market?

What does the "Dirty Dozen" refer to?

The top 12 contaminated fruits or vegetables. I don't go crazy with organic stuff but I do try to avoid those 12 things.

I normally plan on about a half cup chopped frozen green pepper for every fresh pepper the recipe calls for.

These are great used in dishes that are cooked and I don't recommend them for things like a green salad.

Plan on throwing them in some of these:

Your simple guide on How to Save Green Bell Peppers.

« Lunch Box Ideas from Lindsay Olives
How to cut an apple... »
Craving More