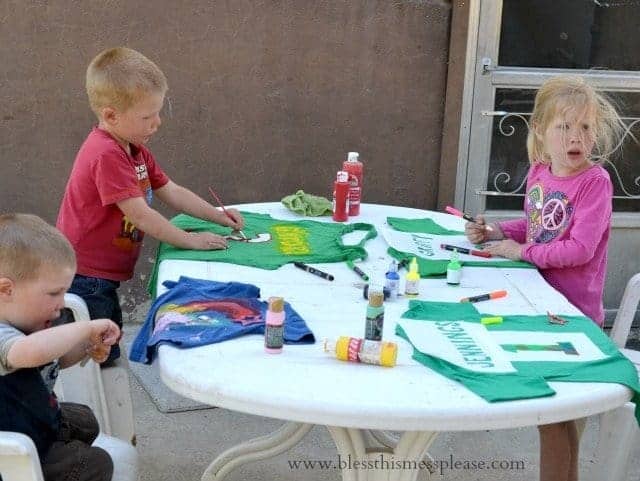 Freezer Paper Stencils are an easy and fun way to decorate t-shirts for all your summer fun needs!

Summer is upon us and I feel like there are a million reasons to make t-shirts. I"m sure you have some of the same reasons to craft up a t-shirt as I do. You probably have summer camps, VBS, Cub Scout camp, family reunions, vacations, and sports to attend on top of all of the fun holidays like the Fourth of July and your town's annual fairs and festivals. Why not let your kids make some of the t-shirts on their own this year?

You can find the complete tutorial on how to make a freezer paper stencil here.

This was my oldest daughter's first time playing t-ball and we moved down just a little too late to get signed up in time to have a team shirt ordered. The day that shirts were handed out at practice was rough... she didn't get one! And of course, I had no idea this would all happen 3 days before the first game. So as any Mom would do I paid for a green t-shirt and it arrived just in time. We decorated the shirt and she couldn't have been more pleased with how hers turned out.

Even the baby who isn't 2 yet did his own shirt. This is a reverse method where the letter is the stencil, instead of painting in the letters cut into the paper. When you pull the stencil off you'll see the unpainted design underneath.

The beauty of the stencil is that the kids have a lot of freedom to paint, color, and create but it keeps a handle on things. We used fabric markers and acrylic paint on the shirts. Messy, messy, but the letters come out nice and crisp!

I love that the kids were in charge of the project and were able to take ownership in it. This type of stencil really allows them to do it on their own work and creating without having a paint-filled mess of a shirt at the end. I think older kids could even create and cut their own stencils which would really give them a lot of freedom. 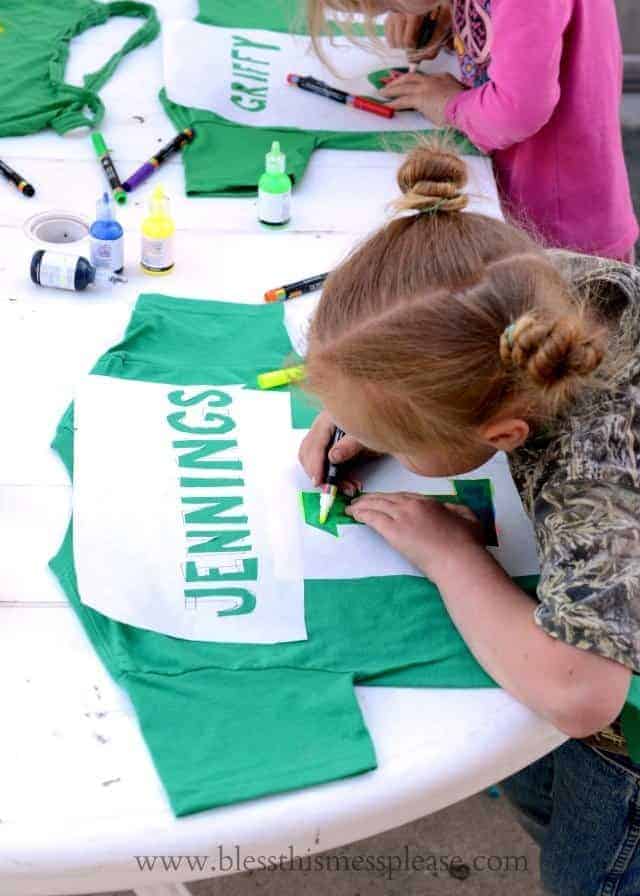 Some DIY ideas for you:

This Freezer Paper Stencil Tutorial is a fun way for your little ones to get creative and make some adorable t-shirts for any occasion!