Cinnamon Sugar toast is a love of mine.  The toast of my childhood included toasting bread in the toaster, putting margarine on it, and then sprinkling premixed sugar and cinnamon on it.  I loved it. They were slightly soft on the bottom and crunchy on the top. Mmmmm. Thanks to The Pioneer Woman I have discovered a better way - no toaster involved. 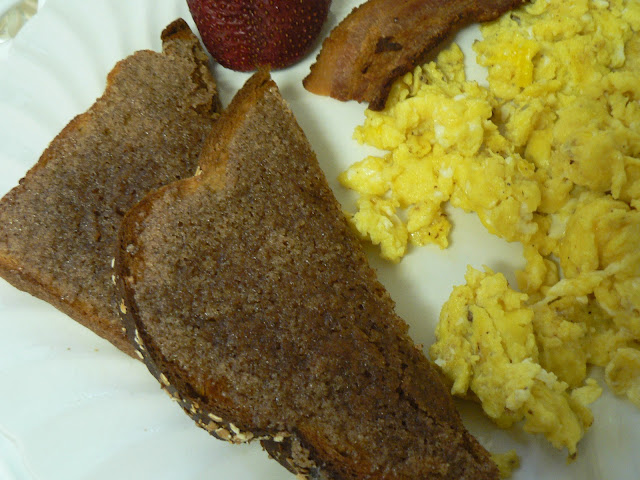 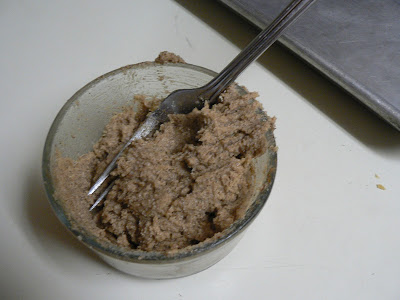 Cinnamon Sugar Toast -PW style
½ cup butter, at room temperature
½ to 1 T. cinnamon - to taste
¼ cup sugar (I used raw, organic- but any crystalline sugar works here)
⅛ t. vanilla
6 slices of bread
Preheat oven to 350 degrees.  Combine the butter, sugar, cinnamon, and vanilla in a small bowl.  Mix well.  Spread the mixture over bread making sure to go all the way out to the edges.  Put the bread in the oven for 6 to 8 minutes until it starts to look melted.  Turn the oven on to Broil.  Broil toast until the edges start to brown.  Be careful not to let it burn! (This is when I make my scrambled eggs, so I am standing right by it, with the eggs, and not letting anything get too dark!)  Remove from oven, let cool slightly and enjoy! 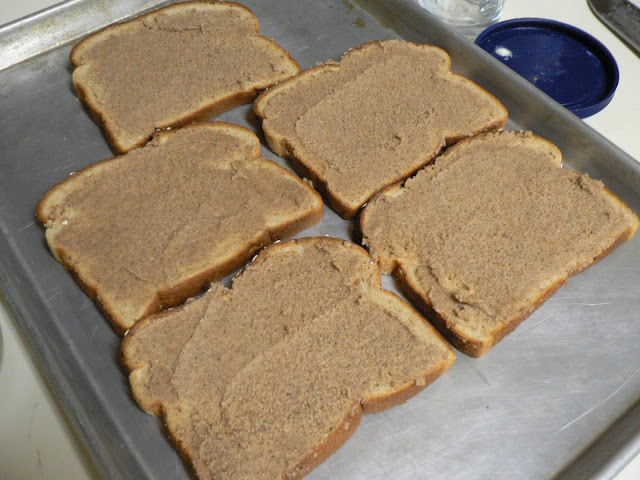 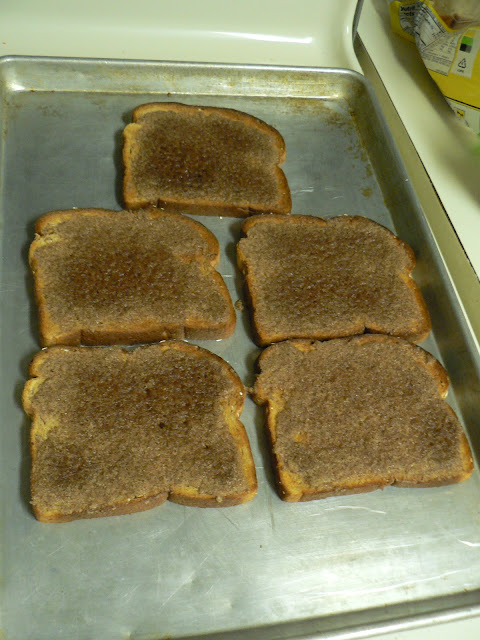